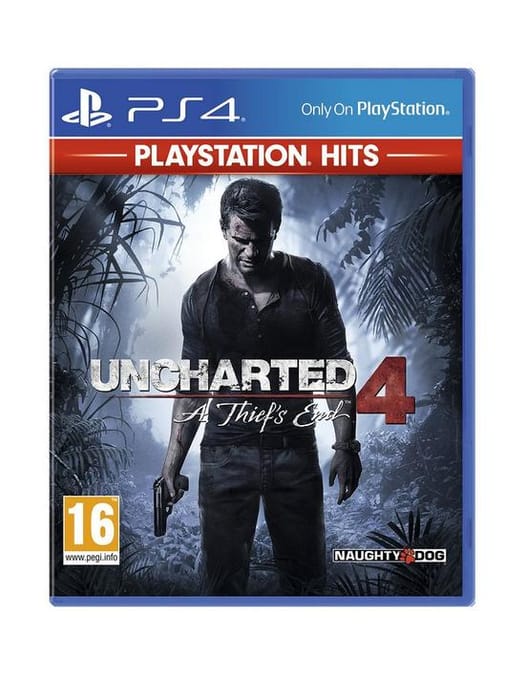 A thrilling adventure awaits in Uncharted 4 : A Thief's End.

Fortune hunter Nathan Drake is forced out of retirement and back in the world of thieves. With the stakes much more personal this time, Drake embarks on his greatest adventure in a globe-trotting journey in pursuit of a historical conspiracy behind a fabled pirate treasure.

Every treasure has its cost and this adventure will test Drake’s physical limits, his resolve, and ultimately what he’s willing to sacrifice to save the ones he loves.

Uncharted 4: A Thief’s End is the latest installment of the award winning Uncharted series from acclaimed developer Naughty Dog. A Thief’s End delivers the most thrilling Uncharted adventure yet with new gameplay mechanics, larger, more open environments, and enhanced graphics and animations that showcase the power of the PS4