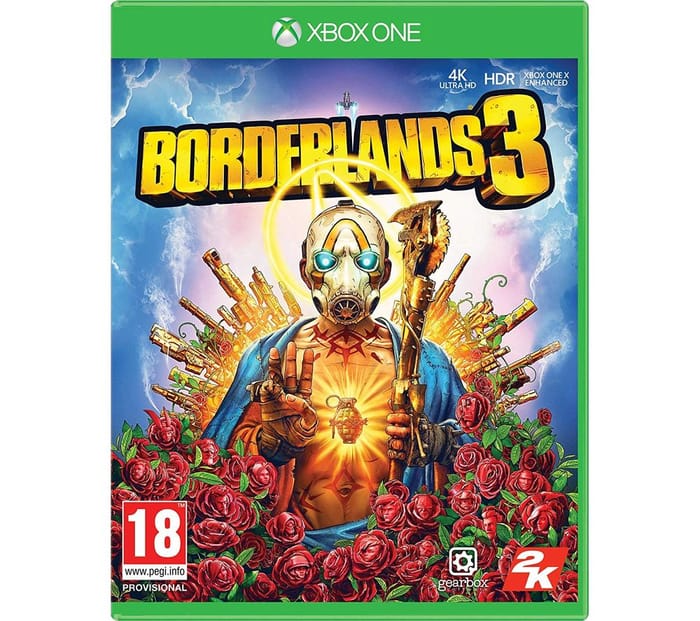 The original shooter-looter returns, packing bazillions of guns and an all-new mayhem-fueled adventure! Blast through new worlds and enemies as one of four brand new Vault Hunters – the ultimate treasure-seeking badasses of the Borderlands, each with deep skill trees, abilities and customization. Play solo or join with friends to take on insane enemies, score loads of loot and save your home from the most ruthless cult leaders in the galaxy.

Out to save the galaxy in Borderlands 3 are four all-new Vault Hunters, each more customizable than all their counterparts from previous games combined. Moze is a gunner who can digistruct and pilot a mech. Amara is a siren who can summon and smash enemies with ethereal fists. FL4K is a beastmaster whose pets prey upon bandits. And Zane is an operative who uses gadgets to cause chaos on the battlefield.