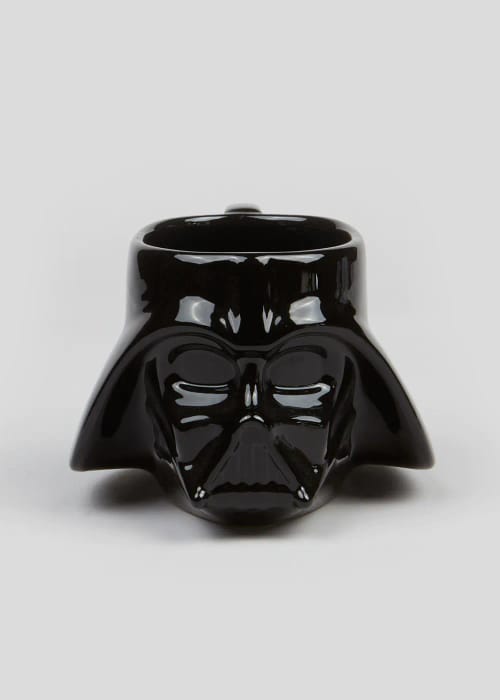 Enjoy a cuppa with the greatest villain in the universe! An iconic drinking mug like no other, the Darth Vader shaped mug takes inspiration from the fearsome leader of the Imperial Army from the blockbuster Star Wars movies. Shaped like Darth Vader's distinctive mask and helmet, this black ceramic mug makes the perfect gift for any Star Wars fan young or old, and will take pride of place in any kitchen cupboard or staff room. Star Wars has been one of the most successful film franchises in cinema history since its original release in 1977, quickly becoming a defining moment in popular culture. The series has continued to win new generations of fans with each instalment, resulting in a global fan base of millions. From A New Hope and Return of the Jedi through The Phantom Menace and Attack of the Clones, right up to more recent success such as The Force Awakens and stand alone films like Rogue One, Star Wars continues to reach new heights by introducing great new characters as well as focusing on old favourites. The Darth Vader mug is an officially licensed Star Wars product. Dimensions: 14cm x 11cm x 10cm.

We have 1,945 Matalan deals and 136 Matalan discount codes on Latest Deals.

What do you think of this Matalan deal?