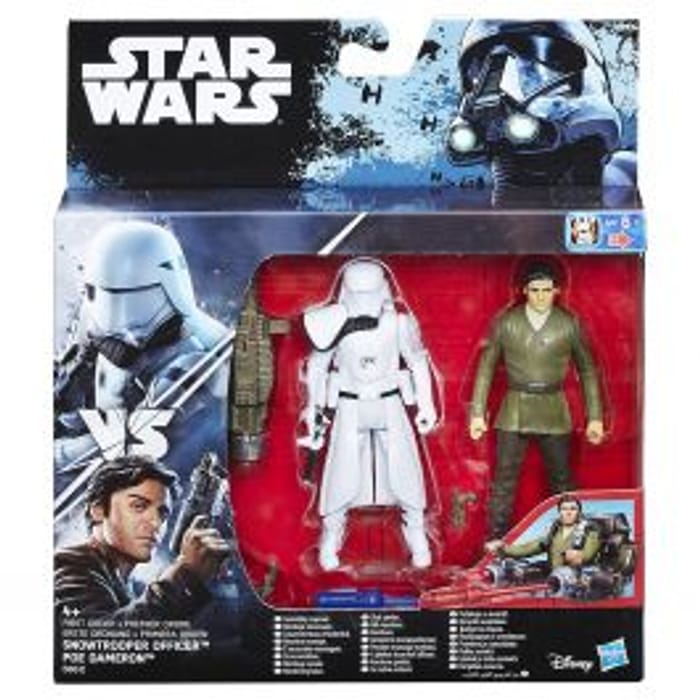 Prepare for the biggest battles and missions in the Star Wars saga with these Star Wars 3.75-inch figures! With exquisite features and articulated movement, the figures in this series embody the quality and realism that Star Wars devotees love. Reimagine the Star Wars universe with this Star Wars The Force Awakens Deluxe 2-pack featuring a Poe Dameron figure, First Order Snowtrooper figure, and a dual projectile launcher pack! An ace pilot, Poe Dameron is a leader in the Resistance’s fight against the evil First Order. He soars into battle behind the controls of a modern X-wing fighter. The latest generation of cold weather assault Stormtroopers, Snowtroopers wear advanced insulated armor and helmets that reduce the glare of icy terrain. Experience the journey of your favorite characters from the Star Wars universe, and relive the events from Star Wars The Force Awakens. Capture the daring action and excitement from Star Wars with this collectable Poe Dameron and First Order Snowtrooper Deluxe figure 2-pack. Additional figures each sold separately.