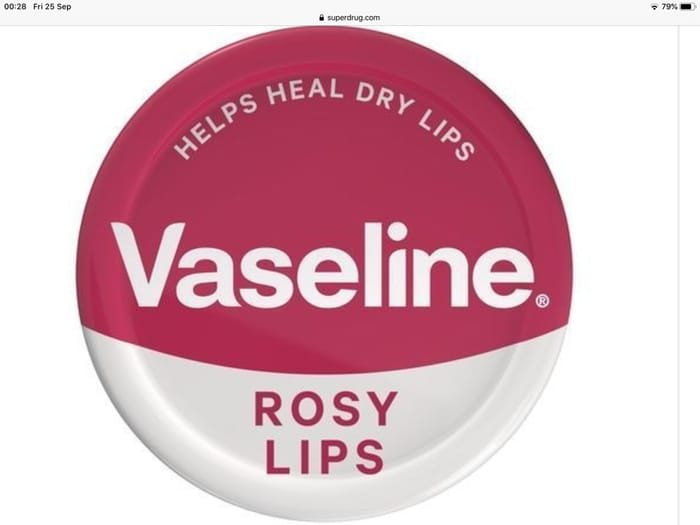 This post has been updated by emmabeckz (Team Latest Deals) 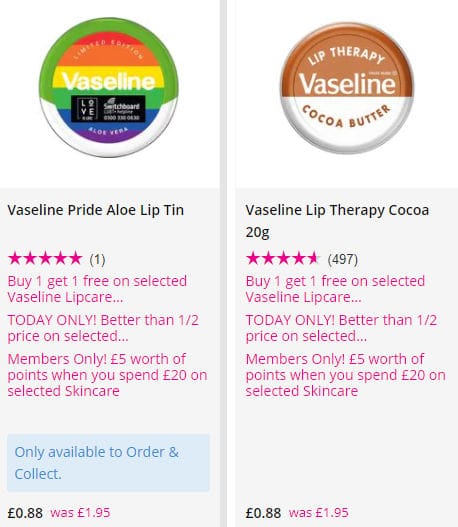 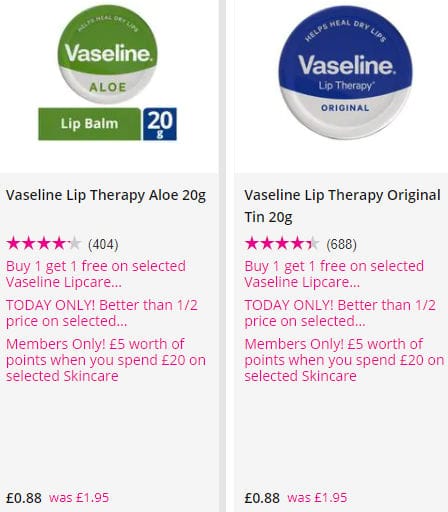 We have 6,613 Superdrug deals and 97 Superdrug discount codes on Latest Deals.

What do you think of this Superdrug deal?

Ordered for daughters stocking uses loads of these. Thank you for posting x

Cracking price. Will pop in my local store today. Thanks for sharing this deal with us

Great price, these are perfect to pop in your hand bag. Thank you for sharing

Lots of bargains on at the moment. Not too sure how many tins to get. They will make great stocking fillers.

Wow great deal thanks for sharing, they even have them in my local store. Happy days

This is a great find and a brilliant price. Thank you for sharing this offer today.

Brilliant deal especially for the cold weather coming, thank you for sharing

Wow that's a brilliant price, thank you for sharing

Thank you so much for sharing superdrug are really pushing out the offers with half price products and then a further buy one get one free as well.

Great for winters great price thank you so much for sharing

thanks for sharing this wonderful deals with us

Vaseline lip balm is the good quality and it works well

Hurry up!!! Already all going. I just bought mine so I can keep lips all plump and rosy haha

Worth stashing these away for the coming cold weather.

Belting price, and cracking choice too.

After trying many fruits and vegetables in my kids lunch, their favourite by far was sliced cucumber.

I don’t know if it was our source, or our fridge, but they only really stayed fresh for a few days. This meant that at least twice a week I was stopping at the corner grocery store to just grab a couple cucumbers.

After a couple months it became obvious that I kept buying them from the same clerk. The way he interacted with me also changed, giving me little smile’s and sometimes a wink.

All of a sudden it hit me, and I felt embarrassed by what he was probably thinking. The next time I went in I also grabbed a jar of Vaseline; hopefully I fixed this before he spread any rumours about me being a vegan.

Brilliant price for a quality product

Once I have a few tins I wash out & refill from a tub of original Vaseline bought from Savers, works out much cheaper per 20ml than the normal price of tins (a couple places sell them around £1)

With the cold nights starting and temperatures starting to drop we need to think of protecting our body. So looking after your life s is a start for less than half price it's a goose start.