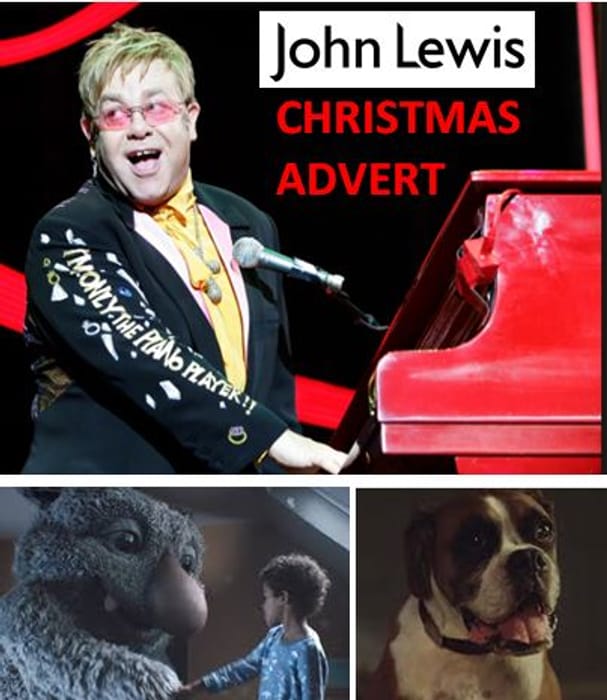 When is the John Lewis Christmas Advert 2018 Coming Out? November Release Date?

Available from John Lewis
15 people like this deal
Get Deal

The big budget John Lewis Chistmas Advert has become something of an annual tradition in British popular culture. It’s certainly a big reminder that countdown to Christmas has begun.

So what’s the John Lewis Christmas Advert 2018 about, and what’s the song?

Official details are rather scarce and John Lewis has a rule never to comment on any aspect of their Christmas Advert in advance “simply because we want to keep the magic."

That said, according to the press reports I’ve read John Lewis has hired Sir Elton John for £5 million to provide the soundtrack for this year’s advert, and Elton's fee makes up half of the advert's whopping £10m budget.

The advert will be based around Elton John’s 1970 hit ‘Your Song’ and will feature clips from his life with actors playing the young Elton, and with Elton himself also appearing onscreen playing the piano.

From what I read:

"It’s a tear-jerker but also very sweet, and follows Elton from a child, through his teenage years, into how he is today. It is all very, very charming and the exciting crescendo at the end will be Elton playing his famous piano."

Mine is Moz the Monster. I loved it. Please comment with your favourite(s) below. Remember these?

Oh i see nothing to do with songs, adverts or Elton John lol.

My favourite Christmas advert was 2014 Monty the penguin closely followed by 2016 . Buster the boxer. Every time I saw it I was laughing. Well though out. The best bit was when buster pushed past the child and jumped on the tramperline. And the child face was a picture. Thank you Johnny for sharing this. ☺

Buster the boxer for me...I loved it.

Is this a deal or have i missed something, should it be in chat?