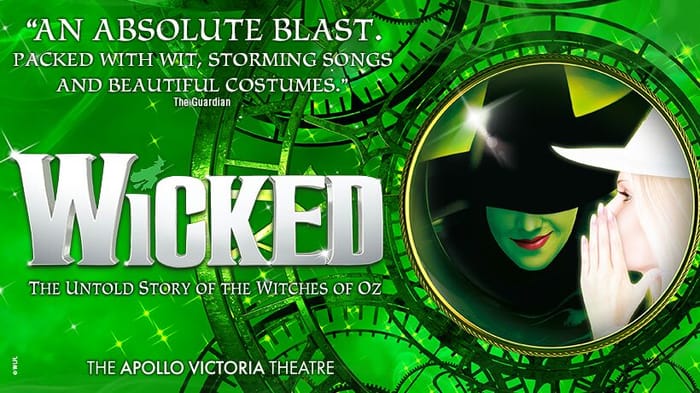 Available from OMGhotels
£35
3 people like this deal
Get Deal

With this OMG Experience Theatre Voucher you'll be a ble to choose either standard or top seating on a day of your choice.

‘Packed with wit, storming songs and beautiful costumes’ (The Guardian), WICKED imagines an ingenious backstory and future possibilities to the lives of L. Frank Baum’s beloved characters from ‘The Wonderful Wizard of Oz’ and reveals the decisions and events that shape the destinies of two unlikely University friends on their journey to becoming Glinda The Good and the Wicked Witch of the West.