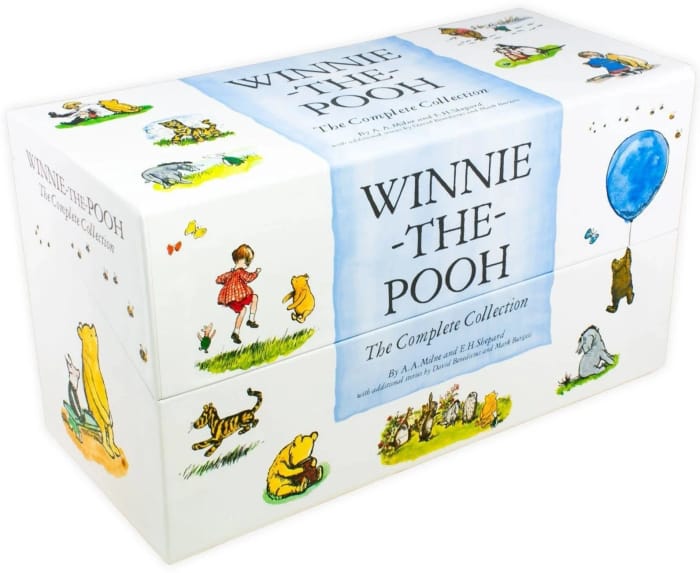 The nation's favourite teddy bear has been delighting generations of children for 90 years. Milne's classic children's stories are both heart-warming and funny, teaching lessons of friendship and the magic of children’s imaginations.

Why settle for one Winnie-the-Pooh story, when you can have the complete collection of Alan Alexander Milne’s 30 stories? The Winnie the Pooh collection of stories by A.A. Milne was published in 1926. Milne wrote the stories for his son Christopher whose toy animals were the footing for the characters. Christopher also became the main character that looked after the animals. Winnie the Pooh, sometimes referred as simply Pooh or Edward Bear is delightful, friendly, lovable who very much enjoys lots and lots of honey.

What do you think of this Books2door deal?

What a lovely collection - definitely worth a buy at this price for this huge bundle!

This would be a fabulous christening gift, when we are allowed to resume baptisms etc.

What a lovely gift this would make ,definatley a good buy and keepsake for any child ,, thanks for sharing