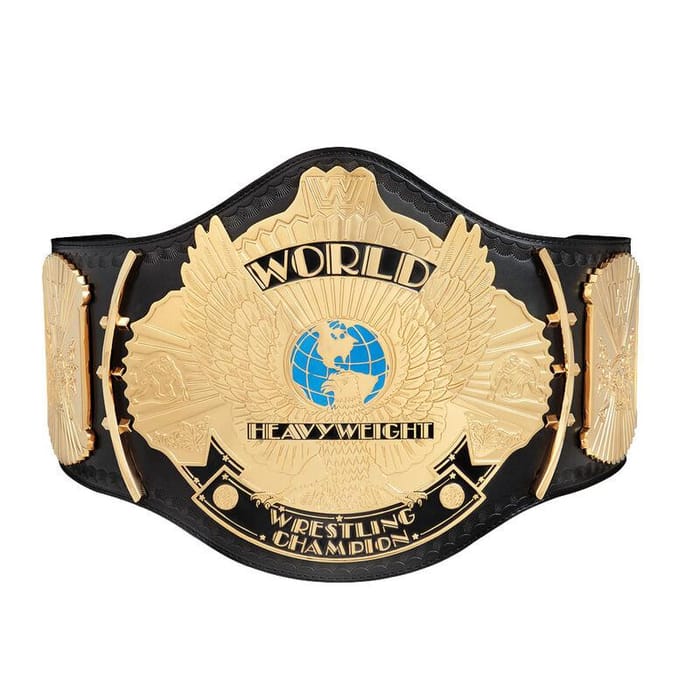 Crafted after the actual belt handmade by Reggie Parks, the WWE Winged Eagle Championship Adult Size Casted Replica Belt is an exact-scale replica of the classic 1990's version with the Legends "W" logo.

Introduced in 1988, the “winged eagle” is arguably the most popular variation of the WWE Championship. Debuting on The Main Event during the WrestleMania III rematch between Hulk Hogan and Andre the Giant, the classic design represented the most coveted prize in sports-entertainment for nearly a decade. In addition to The Hulkster, a number of WWE Hall of Famers proudly carried the “winged eagle” into battle, including Bret “Hit Man” Hart, Shawn Michaels, Ric Flair and “Stone Cold” Steve Austin

All WWE deals →
All WWE discount codes →
Reviews
5
from 3 reviews
Add review
Comments
What do you think of this?