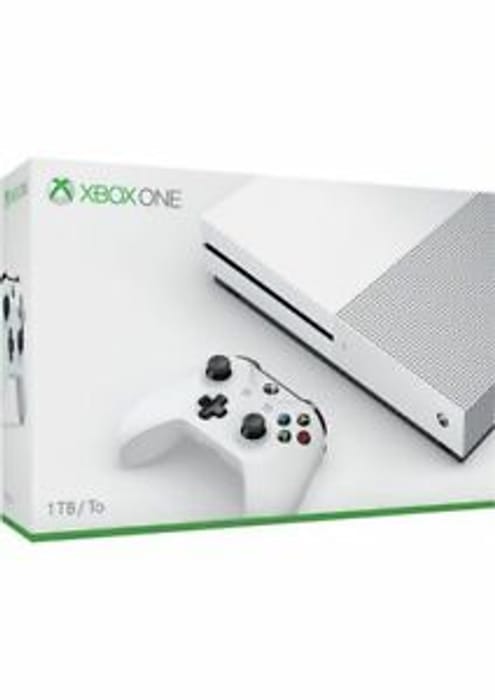 Available from ebay
£269.99
5 people like this deal
Get Deal

I have found an awesome deal with a great price £269.99! You can get it from www.ebay.co.uk with Free Delivery.

Included in the box:

The smallest, and most beautiful, Xbox yet. The Xbox One S slimlines the original Xbox One into a chic new design and re-colours it in an all new ‘robot white’. The console is 40% smaller than the original Xbox One and waves goodbye to notoriously bulky ‘brick like’ power supply. The Xbox One S will allow you to use the console both vertically and horizontally with the addition of a new optional console stand (not included) – it’s up to you how you display, and play, your One S.

This is a good deal with great price!!