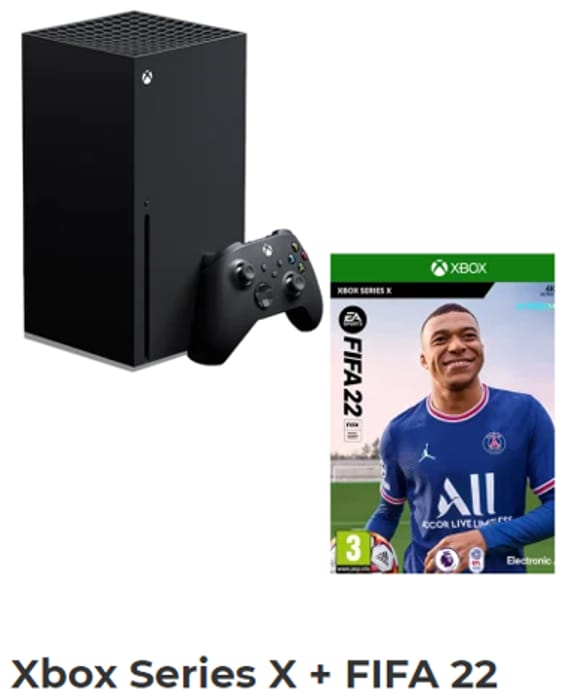 What’s included in this?

Available with Xbox All Access: Get an Xbox Series S and 24 months of Xbox Game Pass Ultimate, including over 100 high-quality games, with no upfront cost.

Go all-digital and enjoy disc-free, next-gen gaming with the smallest Xbox console ever made.

Experience next-gen speed and performance with the Xbox Velocity Architecture, powered by a custom SSD and integrated software.

Play thousands of digital games from four generations of Xbox with backward compatibility, including optimised titles at launch.

All GAME deals →
All GAME discount codes →
Reviews
3.8
from 18 reviews
Add review
Comments
What do you think of this?