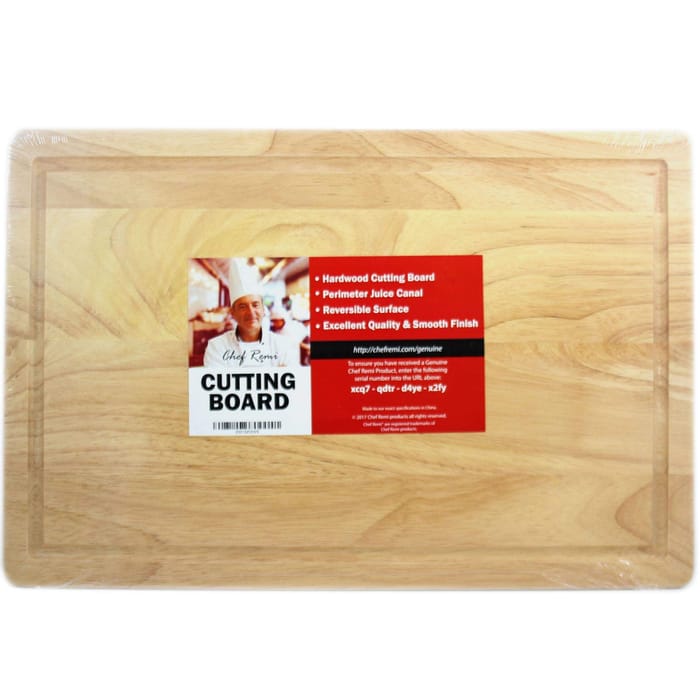 Ultimate Wooden Chopping Board for Kitchen!

If you have an AMAZON PRIME and NO Chef Remi items before!

Now applied so great find and share. Thank you

Why do you say it's a scam? I got the multi kitchen tool from them. You buy it and they give you cash back into your PayPal as soon as you tell them the order number. Almost instantly. No scam

I've had Chef Remi stuff before

thanks for your sharing, it is good one. I like Chef Remi's products

You are putting your Amazon account at risk by doing this

You’re not risking your amazon account if you don’t actually reveal that you’ve had your money back. I seriously doubt that PayPal are going to tell amazon what you’ve done.

Thank you for sharing this. But I think they only let people get one thing. I got a spatula set a while ago. This chopping board would have been nice too.

Typical, yet another freebie which is only available to those who belong to Amazon Prime.

Not saying this is the same.. Kinda sounds like it though, but It's funny when people say that they 'test' for amazon lol.

You are being refunded to leave a positive review on cheap chinese tat just to make the seller look good!!

You're not testing it, they don't want your opinions to improve their items, they don't care if you throw it straight in the bin!

They just want positive reviews to boost their seller ratings!

Then some unexpected customer comes along and buys said cheap tat, only to find out that most of the reviews are fake..

Also, there's always the chance that the 'seller' which actually then becomes the 'buyer' because he sent you money through paypal as 'goods and services' can claim back the money within 6 months for the cheap, over priced

that he sent you to 'test'