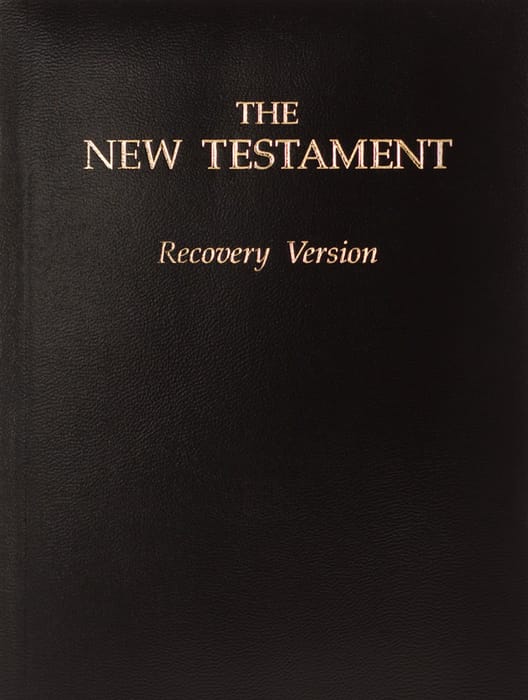 Available from Biblesforeurope
42 people like this freebie
Get Freebie

Follow the link to fill out the form. Then check your confirmation email link in the email to confirm your order.

With this study Bible, you’ll receive the supply of life from the Bible and understand and love the Bible in a way you never thought possible.

This is a super nice idea for people who can't afford to buy a bible themselves - thank you for sharing this with us all!

Sorry not for me but I do know someone who would love a new bible. Thanks for sharing.

Thank you for sharing this. I appreciate you

Thank you for sharing. My son will be happy to receive this. He needs a new one

These are really lovely, had two turn up previously

I ordered one of these last year and it arrived. First bible I've ever owned.

They are really lovely to have and each time it's read or any part of it, more is understood or discovered

AtiraLumena very true. here's a story for you. back in the summer I was going for a walk to the local arboretum. As I was leaving I had this feeling something was going to happen to me and I needed to take it with me. So I put it in my racksack. I'm walking thru the arboretum and 2 youths are standing beneath a tree. I see one signal with his hands pointing to me and his friend shake his head and mouth 'no'. I don't know if they were going to mug me or attack me, but I think that bible had something to do with me being protected. Now if you see the recent freebies about buddist books, you'll be able to read about the time a cat lead me to a buddist temple. I think I have people up in the the heavens who looks after me as I'm of irish descent and my surname is gaelic and it translates as fili which is one of the druid classes in Irish celtic society. I'm irish blood line from the druids and yes, I do get messages and communications on occassion from the heavens and I knew that day that I was in some danger, so as I was walking towards the arboretum I said Lord keep me safe and I was thanks to that bible in my backpack. I keep it under my mattress. I class myself as spiritual rather than religious, but there's a lot going on up in the heavens. there's my story for the night. Many many things have happened to me of a spiritual nature.

ShellyAnn I fully believe you, love hearing stories like this. Someone asked me if I was thinking of becoming a religious and although I had known many say they were not religious but they were ministers and more, I understood but kind of thought it doesn't truly sound right. I became a minister and sort of said the same until a day when I was asked if I was thinking of becoming a religious, I then realised that vital difference and from then on replied to anyone that yes I'm a minister, yes I belive in everything but I'm not 'a religious' as I'm not clergy or a nun. I'm very spiritual and much of my life points to me being mystic. Though I knew there was something else and am wondering if this something else may be true for you too? I realised only a few months ago that one of the gifts of the Holy spirit explains my whole life, it is only listed in the 9 gifts and this is the discernment of spirits x

ShellyAnn Someone was definitely watching over you that day and keeping you safe. God bless you. Praise be.

HelenPacker Yes, for sure and I did say thank you as soon as I got out of that arboretum and back onto the main road where there was lots of people and I knew I was safe.

AtiraLumena Many many things have happened over the years to me. I do some times wonder if there is more to it. It is like there are pieces of a puzzle and I'm not quite putting it together regarding my life.

ShellyAnn I believe now what we do know doesn't make sense and what we don't know does make sense. That may sound like a bizarre statement however there is much truth in it.