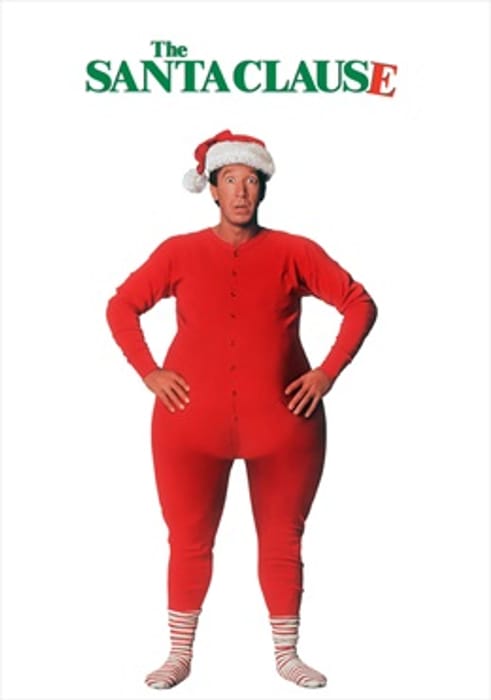 FREE The Santa Clause Film For ALL Sky Customers

Available from SKY Store
248 people like this freebie
Get Freebie

Download and keep the film The Santa Clause from Sky.

Just press your voice search and say "The Santa Clause" and it should come up or type in Tim Allen and it should bring it up like my picture below. 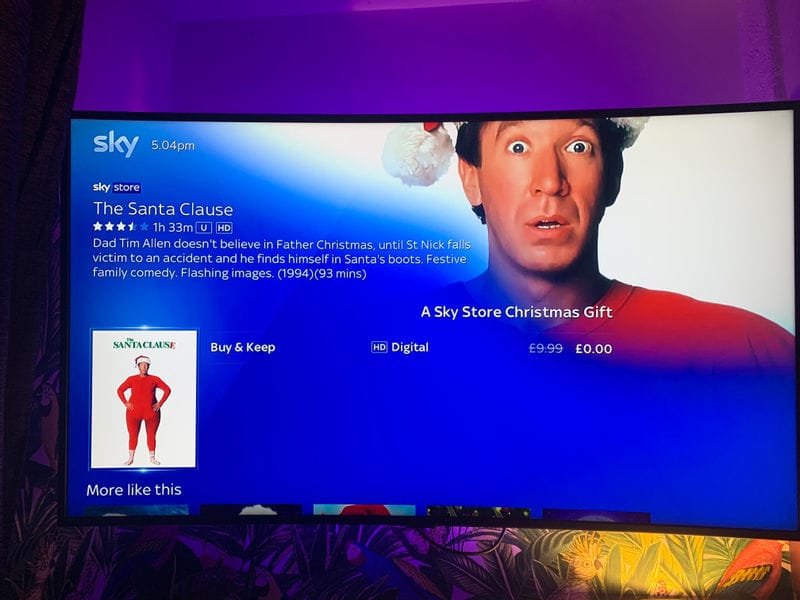 A Disney movie in the old style, in which divorced Scott Calvin (Tim Allen) has his little son Charlie (Eric Lloyd) back for Christmas Eve and tries to bolster the kid's belief in Santa, which is being destroyed by his stepfather (Judge Reinhold). What Scott isn't prepared for is the real Santa falling to his death after making a pancake landing on his roof, and Scott becoming the next Santa. Allen gamely ho-ho-hos and there's a lot to enjoy in a seasonal yarn that spawned to sequels. The script occasionally shows flashes of wit above its station, which. along with Allen's fun turn and Reinhold's snazzy sweaters, overcome the film's sticky sentiment.

We have 13 SKY Store deals on Latest Deals.

Aww thank you - you're welcome enjoy!

Just ordered this off sky store, great film for Christmas, Thanks for sharing !!!!!

Yay, thank you very much

Thanks for the heads up managed to get the film.

Got to be one of the best Christmas movies !

Just ordered this via my Sky, haven't watched this ever, so will over Christmas. Thanks.

Gonna get this, thank you for sharing

Just got it! Thank you

Love this film, could watch it all year round and not get tired of it

Thanks for sharing great Christmas film to

Got it thank you! I watched it last week but who cares I'll watch it again

Thank you for sharing

I don't have sky but I've shared it with my daughter

Got it, thanks for sharing. I can't wait to watch it.

omg how funny to whip this on, on christmas day - nice gift from sky

Loving the Santa Claus Movie it brings back memories!!!

Lol! Will send the link to my daughter who is thinking about going with sky. Thanks for sharing

Thanks for the heads up on this one, love Christmas films.

What a classic Christmas film! Will definitely check my sky store thanks for sharing this with us

I love the sky freebies. I will donate the dvd because the film stays on your sky account forever anyway. Thank you for sharing

Thank you so much I love Christmas films xx

Just downloaded it. Can't wait to watch it with the kiddies later. Thank you for sharing. Xx

Nice thanks for this the wife is mad over Xmas so gotta get this. She's like the female version of elf

Thank you nice one

...Tried to do it on my computer but wouldn't let me so download through skyq box.

Gutted it won't show on my sky app

Need to do i on the actual tv / box

one of my favourite films .It makes me laugh so much .

Love this film ,Be perfect to sit down on a Wet miserable day and watch this with the wife and kids.Thanks for sharing Emma.