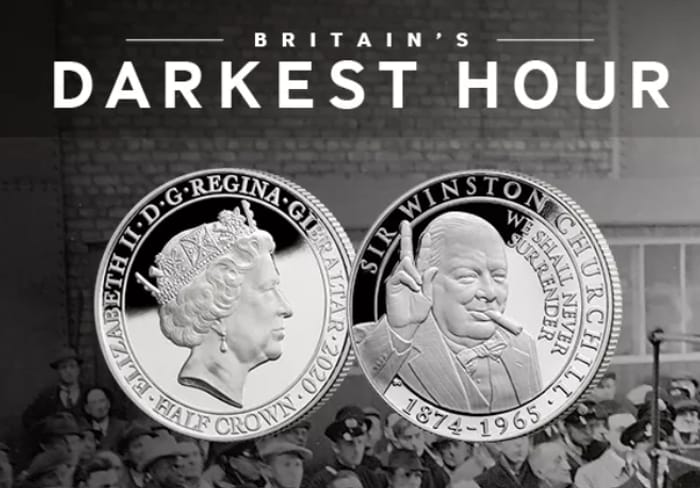 This post has been updated by Lydia (Team Latest Deals).

Latest Deals has worked with The London Mint Office to show you this fantastic freebie.

You can get an official Imperial War Museum Sir Winston Churchill 'We Will Never Surrender' coin for free at The London Mint Office. All you need to do is cover the postage of £2.50!

If you're a history buff, have family connections to the Second World War, or have a fascination with coins, this is the freebie for you. The London Mint Office have partnered with the Imperial War Museum and have released this commemorative coin in recognition of Sir Winston Churchill.

The coin celebrates the man who led the nation to victory in the face of overwelming odds, and features the famous quote from Churchill's speech 'We Will Never Surrender'. 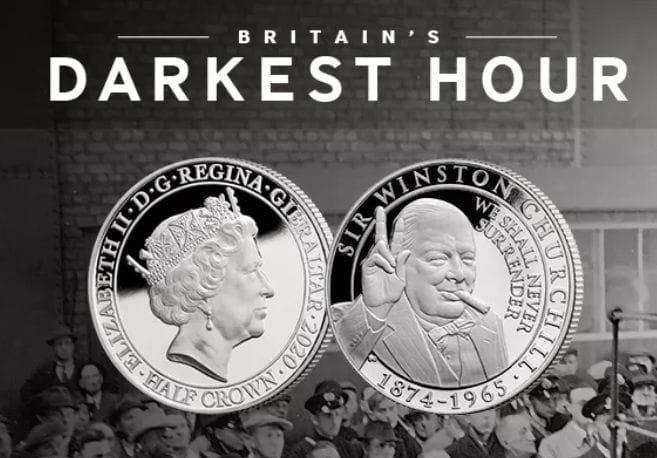 √ Risk-free - your purchase is protected by a 14 day “no quibble” guarantee. You have no further obligation.

It isn’t just post and package free they charge you for a package it all comes to £17.00

No, you've got it wrong ginawoods1946, I've posted these for a long time now but I've got an expert for you, HelenPacker Helen, can you help here please? x

HelenPacker Thanks very much Helen

, really appreciate your help, love to you and Bret, hope you are both keeping well! x

ginawoods1946 you don't have to have the package just need to pay postage.

Just ordered mine but the confirmation email says “hope that you enjoy collecting with us”. Do you know what this means? I only want this one!

HelenPacker sorry to bother you with this again Helen but have you got this confirmation email yourself, I'm sure it's just a figure of speech because they would like you to collect with them not that they expect you to but can you just confirm this for Debbie please? x

JoTarpley I have looked at the instructions and it says that the order is protected by a 14 day guarantee and no obligation to purchase further coins. Hopefully this will help.

HelenPacker What would I do without you Helen, thank you so much for your help, again!! x

My cousin has a huge coin collection, and would love this

Thank you for sharing this, i don't collect coins but this looks cool

These coins are great collectors items. And are certainly one offs. Thanks for sharing.

I already have this coin definitely worth £2.50p I have put it away for our son when he gets older Recommend

kate1310 when purchasing opt for the no option. If you say yes you are buying special display casing etc. That's why its coming up so expensive.

artfuldodger I had to email them because my purchase went through

Just to explain to anybody failing to read simple instructions, the extra cost is if you want this coin laser etched around the edge to make it unique. You do not have to opt for that. It really isn't hard to understand.

otherwise they will phone you, every hour of every day

It took me a long while to stop them calling me to purchase other coins at premium prices. I had to block their number in the end. Just remember, you don't get anything for nothing, there is always a catch.

These coins are great collectors items. And are certainly one offs

Thanks for sharing this great offer. How to u tick not to be contacted? Thanks

My aunt is a coin collector, will let her know about this, thank you for sharing

I got this a few weeks ago when it was last on offer, be aware it does take about 6weeks to arrive and then the company ring you and try to presude you to collect them all

I used to have coins from this place but after I stopped collecting it took 4 years of ignoring there adverts pushing me to purchase before they got the message that I did not want any more.

It's free yes you just pay postage cost of about £2.50 you can say No the the package

The coin is definitely free and you only have to pay if you decide to keep the coin. If you decide not to keep the coin then just return it in its original packaging and owe nothing. I know that JoTarpley will be very grateful to me for helping you all the with this piece of information. A good friend of mine called John Follard who sadly passed away on the 26th June 2016 used to collect coins. If he had been alive today then he would have jumped at the chance to own a Winston Churchill coin.

You know I always appreciate your help Helen, but it's always so helpful to people, when you have the experience yourself, to pass it on to others when the wording might be confusing, thanks again!

willfrankham you only pay for the coin when you receive it in the mail. I do hope that helps you.

This is a misleading site and I am far from stupid

It is trying to con consumers into purchasing items at a much higher price and if it was straight forward you would have a option to pay straight away and that payment would be a clear £2.50 to the buyer hence if a higher payment came up people would not continue. ... simple

Invoicing is a part of the misleading approach as well as the site jumping to other items when you try to purchase the “ to good to be true “ £2.50 coin.

Wonder what links the couple of people on here have with this company ...bit to keen to fight their corner in my view when clearly so people who try to purchase are having problems with higher misleading chargers.

Costs to send back probably more than £2.50 especially to ensure proof company receives and I wonder how much the company take notice not to send out when emailed from consumers to cancel the order.

Misleading at the very least ....STAY AWAY GUYS !!!

JoTarpley
Original Poster
2 days ago
susetteorgillI'm sorry but a Newbie coming on here an spouting off like this, especially when they haven't a clue what they are talking about, is just laughable, this is not a good start for you!This site is strictly monitored and I DO NOT LIKE BEING ACCUSED!
Like
Reply

What’s the value of the coin? Can I spend it in a shop? Not sure I fancy this one

Are you having a laugh kathybulmer or couldn't you think of anything sensible to say, I'm speechless! x