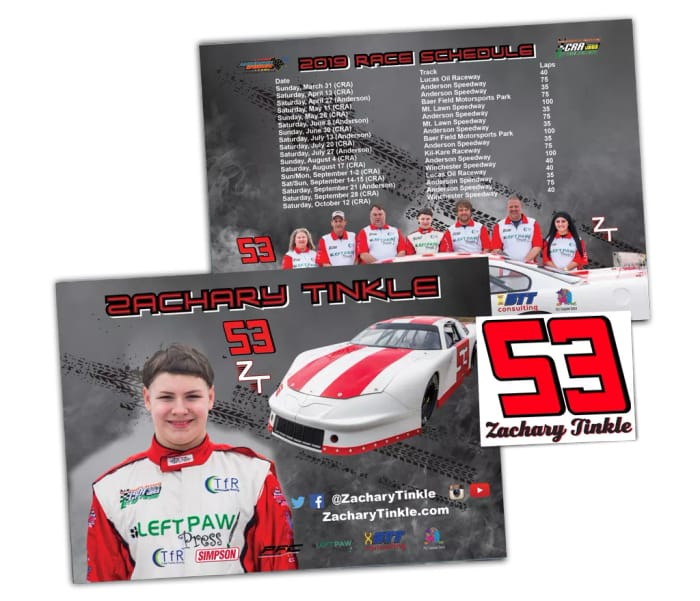 Available from Zacharytinkle
10 people like this freebie
Get Freebie

Zachary Tinkle is a 16-year-old driving sensation based in Speedway, IN who currently races the #53 pro late model stock car with Tinkle Family Racing in the CRA Late Model Sportsman and Anderson Speedway Late Model Series.

And right now you can claim a FREE Zachary Tinkle Hero Cards and Decals.

To claim just follow the link and enter your details for your FREE gift to be sent direct to your door.

cards
What do you think of this freebie?

Lovely, thanks, can give these to my nephew.