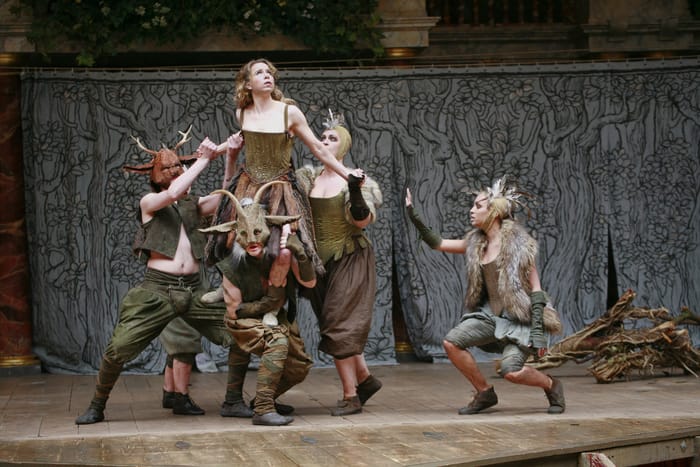 The Globe is Streaming a Shakespeare Play for Free Every Fortnight

Available from Time Out
15 people like this freebie
Get Freebie

First up is a full English-language Shakespeare play per fortnight available for free. The line-up kicks off with 2018’s ‘Hamlet’, starring Globe boss Michelle Terry in the title role of the doomed Danish prince.

Second up, every single production from the 2012 Globe to Globe series will be made available for free, for the whole period. So that’s a Korean ‘A Midsummer Night’s Dream’, a Macedonian ‘Henry VI Part 3’, a Polish ‘Macbeth’, a Hebrew ‘The Merchant of Venice’ and so on and so forth. You can find the full list here.

Finally, there will be a specially made series called ‘Shakespeare & Love in Isolation’ which will see artists sharing Shakespeare’s words from self-isolation, including: Terry and her actor husband Paul Ready discussing some of their favourite works by the Bard in the podcast ‘Such Stuff’; and a celebration of Shakespeare’s birthday on April 23 with legendary former Globe boss Mark Rylance.

Tom's Tips for Time Out

We have 571 Time Out deals on Latest Deals.