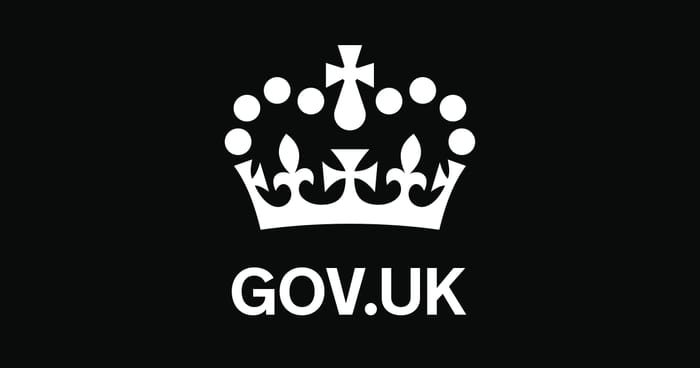 Available from GOV.UK
118 people like this freebie
Get Freebie

Looking on https://www.gov.uk/ website I came across this . I know parents struggling to afford school uniforms and reading this you might no be aware of help with the cost of the uniforms .

Start the process of seeing if you are eligable put in your postcode and follow the steps.

We have 11 GOV.UK deals on Latest Deals.

The cost of school uniforms has been reported on the TV News quite a lot lately so anything that can help families gets a double thumbs up from me. A lot of people are going to be very, very interested in this. I am going to share this on Facebook so that people can check the offer out. stuartsmith544 many blessings.

Great post, anything that will help parents who are struggling to pay for extortionate priced school uniforms deserves a big thank you.

I've learned though CharliByng that if the council aren't doing it then try your childrens school as well as thats another route of how its done .What I did to find out is I contacted the county council in my area and then they said they didn't do it but they said for each person who contacts them they suggest you contact the schools direct as they might run the scheme.

Same issue around some Surrey areas.

I've tried stuartsmith544 every year, I've three each in a different schools, it's shocking the different price ranges from an academy (which is cheaper) to a normal school (more expensive) it's the whole logo thing that catches us out its on almost everything.

CharliByng Its totally shocking . Hopefully the good news is there is a bill going through parliament which will make expensive uniforms a thing of the past . Hopefully it will be in place by next year beginning of school .

stuartsmith544 I can only hope it will be, between uniform, transport and the fact they "have" to use a tablet for school work it's expensive as anything

That's a good one, I didn't know the government had these grants. Thanks for digging out!

I've learned though AmandaDavies that if the council aren't doing it then try your childrens school as well as thats another route of how its done .What I did to find out is I contacted the county council in my area and then they said they didn't do it but they said for each person who contacts them they suggest you contact the schools direct as they might run the scheme.

Thank you I thought they did away with uniform grants years ago,

Thanks for sharing this freebie, ill be deffo passing this on to family and friends with kids

Thank you so very for sharing

I’ll tell my friends about this . Thanks

What a great find. It such a shame they make uniform so expensive. At the moment we're lucky with my sons school as they actually sell badges for £1.50 you can put onto jumpers ect. I'm dreading high school though.

Unfortunately when it goes through to Bradford council website, there's nothing mentioned about help with school uniforms.

Hope u don't mind but Ive just been on the Bradford council website . On a page of there website they do indicate to speak to your school and maybe u might have some good fortune .

Thanks for sharing. Hopefully this will come in handy for some families struggling right now.

Should be to everywhere. But a good share regardless.

Thank you for sharing this which I have also shared. Hope it helps families.

Won't let my do it in my hx

Same for my children's high school. I've paid over £450 for uniforms this time. Even the pe kits have to be schools own, the pe shorts are ridiculous, they're the same as sainsburys, but have a TINY 'R' embroidered on the bottom of one of the legs. They're charging £28 for just the p.e kit each.... £47 for 1 blazer and then there's everything else, shoes £80-£100 each and one of my children has to have different type shoes as he has severs in his feet, the other just has huge feet and needs mens. Then school bags and all accessories. As a single parent, i hate buying uniforms!!! I looked into this and enquired at the school, unfortunately, no luck. Rant over lol

as Long as the Clothes are the Schools Colours that should be all that Matters and I Think Teachers should wear a Uniform too,Children Look Very Smart in Uniforms But that’s all they should be Allowed to suggest

marie009 my thoughts exactly. It's a whole money making scam as far as I'm concerned. My children started school last Thursday and already one has lost a tie, that's another £7. I think just a plain white/blue or whatever colour shirt and a pair of trousers is OK, but when they start adding blazers, ties, p.e kits and football socks, it all starts adding up. And then it's a different blazer and tie when they're in year 11. It's just ridiculous. The teachers wear a shirt/skirt and trousers but that's it. They don't have a blazer. Today it's roasting, but the children arnt even allowed to have their blazer off or open either, that's the same for most schools around here. Also, hair can not be shorter than a 2 grade (but can be as long as it wants) and I got advised my sons nails were too long.... I was fuming (he's autistic and doesn't like very short nails, so they're not loooong, and they don't even cover the end of his fingers, but they complained about that too. Atleast his nails are clean, he's a clean freak lol. Hmmm schools just drive me mad!

Will check what councils in england will be offering this grant

Hx do YMCA to hellp

They don’t do it for Lincolnshire !

Will let my friends know about this, it’ll help them out. Thank you for sharing

It says You may be able to get a school uniform grant if you live in:

Wales I don’t know if England are included

Very much so marie009 . Hopefully you might get some good news if your local council does do the uniform grants .Hope it helps .

Wow, I had no idea about this! What a great post. Thank you so much. Information that can actually genuinely help others in need.

I found this on google when I was looking up school uniforms.(I heard years ago they were scraping it). Scrap school uniforms and let kids ‘find their own style’, ministers told

The Earl of Clancarty told the Lords school uniforms are "an outmoded idea" and "a repressive aspect of the educational system itself", as he supported a new law aimed at making uniforms more affordable School uniforms are "repressive" and should be abolished so pupils can "find their own style" and wear what they choose, ministers have been told.

Peers offered their support to a new law which aims to make uniforms more affordable in England by legally requiring schools to keep branded items, such as blazers, to a minimum and to make arrangements for second hand items to be available. The Earl of Clancarty told the Lords he supported the proposals to cut costs, contained within the Education (Guidance About Costs of School Uniform) Bill, before adding: "Better still, get rid of school uniforms.

"They're an outmoded idea, ultimately a repressive aspect of the educational system itself, designed to keep children in line and indeed, in effect, part of the wider educational policy working against a child-centred approach to education. The Article was printed March 20th this year so hopefully they are looking at either scraping the uniforms or Make it Cheaper, I have always said if they insist on Uniforms then why not let parents buy Affordable Clothes in school colours and use iron on Badges with school logo. Here is the link to the story https://www.google.com/url?q=https%3A%2F%2Fwww.mirror.co.uk%2Fnews%2Fpolitics%2Fscrap-school-uniforms-kids-find-23765529.