An alternative to HotUKDeals (HUKD)

Welcome HotUKDeals users! It’s nice to have you here on LatestDeals. As a HUKD user you’re probably already familiar with the concept of our site: 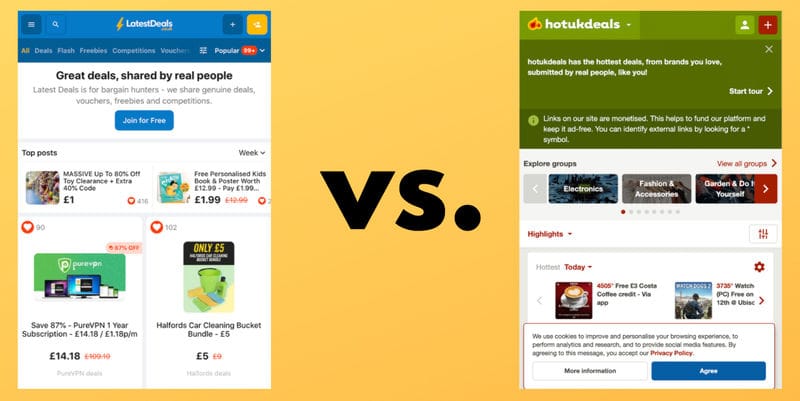 Whilst there are lots of similarities between HotUKDeals and LatestDeals we’d like to think there are some important differences too:

Meet The Founders of Latest Deals

Trusted In The Media 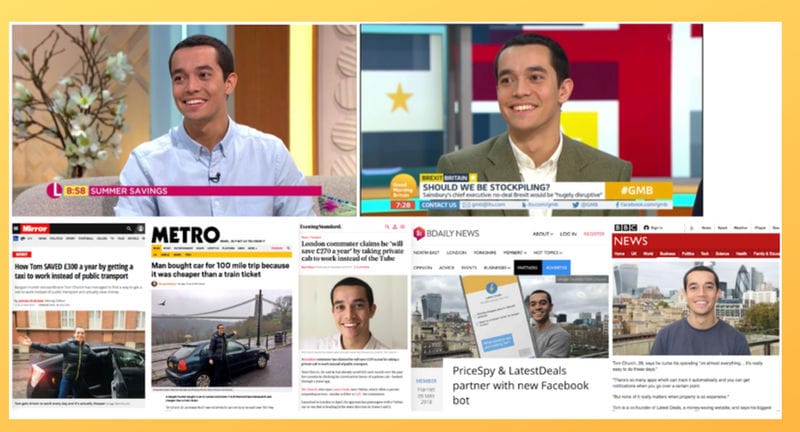 Latest Deals is the UK's fastest growing money-saving community. Tom Church, Co-Founder of Latest Deals is The Deal Hunter on ITV. He also features on BBC's Your Money and Your Life and champions LatestDeals.co.uk daily in national news, radio and TV.

Hot UK Deals is bigger, but better? That will be for you to judge (join Latest Deals for free here). Latest Deals is the underdog - the newbie - and thousands of HDUK members are switching because of the reasons above: we give back, we're honest, we're a deal hunting community built by deal hunters, and because we're smaller.

When we first wrote this page, Latest Deals was a community of 100,000 or so members. We've now skyrocketed to over 1 million members. At this rate, we'll soon be the biggest deals community, bigger than Hot Deals UK. Our commitment to quality deals, sales, vouchers and innovative tools has proven to be a hit. We've been featured as Website of The Week in The Sun, Top 10 Apps in Google Play, nominated Publisher of The Year in Performance Marketing Awards and more.

Latest Deals has awesome tools you won't find on HDUK. We have a Domino's Discount Code tool that finds every voucher for every Domino's store across the UK. We have a supermarket price comparison tool that helps you find the best price groceries in UK supermarkets. We have an Amazon Discount Finder tool and more.

Exactly what a deal is can be very subjective. People on HotUKDeals will disagree with each other, just as people on LatestDeals will too. We recently had an example over here on LD with a deal giving everyone a heads up about the Nintendo Switch coming up for pre-order on Amazon. Some felt that this was a deal - it was the best price available for the product, and was also helpful as people were looking to pre-order. Whilst others felt it wasn’t - Nintendo released their console at a much higher price than anticipated and so people felt the console didn’t offer good value for money. The beauty of community deals websites are that everyone can voice their opinion. Then, when someone looking to buy comes along they can gobble up all of the information and comments and make an informed buying decision.

Become part of the community

If you like what you've read then please do join for free. We'd love to have you on board. If you have any questions you can always post in the chat section or contact us instead.

If HUKD is down and the website unavailable, you may want to join LatestDeals.co.uk instead to post your deal.

Latest Deals is also an alternative to BetterDeal.