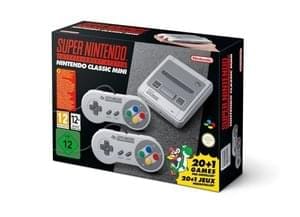 On the back of the success of the NES Mini, Nintendo have launched the Nintendo Classic Mini: Super Nintendo Entertainment System AKA the SNES Mini. This stock checker will automatically alert you as soon as a store receives online stock of the SNES Mini.

Where is Super Nintendo Classic Mini (SNES) in stock and available for delivery?

Get instant email alerts as soon as we find it in stock! Sign up here.

The cheapest price we've found is £0 at undefined.

We automatically check for Super Nintendo Classic Mini (SNES) stock 24/7 - the second we find any we instantly email you.

We currently watch 0 retailers for stock - . Check them out.
Managed to find stock? Let us know!

Smythe's aren't in stock but just received an email, did anyone manage to pick one up?

They were in stock for about 40 seconds i think. And no, i didn't get one!

My brother recently purchased a Nintendo 64 again. After having watched him play Goldeneye, I want one of these. All this downloading games and updates just to play a game is a pain in the rear end.

Thank you very much managed to get 1 last night

god that simon guy looks like a nightmare lol

Smyths Toys have the SNES Nintendo Classic Mini available at some stores for Click & Collect, price £79.99. Be Quick!

I think the original product link in Stock Checker is broken

Also in stock for C&C at Smyths Toys

why does it say stock in Argos when theres not?

Nintendo have back in stock with adapter included for £79.99 I’ve just got mine

Anyone have any links or ideas for any available? Am getting desperate now! Please help!!!

Got 2 this morning in smyths Mansfield notts

Just back in stock on Tesco direct, just managed to order one finally

Johnny
LD Hunter
over a year ago
The Super Nintendo Classic Mini (SNES) is in stock at Amazon on Monday 18th December, price £79.99! HURRY! https://www.latestdeals.co.uk/deals/hurry-amazon-today-nintendo-classic-mini-snes-amazon-uk
Like
Reply

The SNES Mini is due to launch on 29th September 2017 with an awesome line-up of 21 in-built games. The list includes:

And yes, that's not a typo - the Super Nintendo Mini will include Star Fox 2 - previously never released on the actual games console. There was a huge amount of hype and demand for the NES Mini and it was a real struggle to find one in-stock. We recommend you sign up for our stock alerts early and you'll get an email the second we find online SNES Mini stock.

The history of the SNES

Nintendo first released the follow up to their popular Nintendo Entertainment System in 1990 in Japan. It followed a year later in the USA before reaching Europe in 1992. It's more commonly (and affectionately) known as the SNES and was bought in it's droves by keen video gamers who loved the likes of Mario. Unlike today, when the SNES was released there weren't quite so many stock issues - if you wanted to buy one it was more a matter of a) waiting until it was released in your country and b) saving up enough money to be able to purchase one. Oh, and not forgetting you had to actually go into a physical store too - you'd have to find stock on the shelves of a brick and mortar retailer if you wanted to get your hands on Nintendo's console.

In England and the UK you may remember the SNES looked like this: 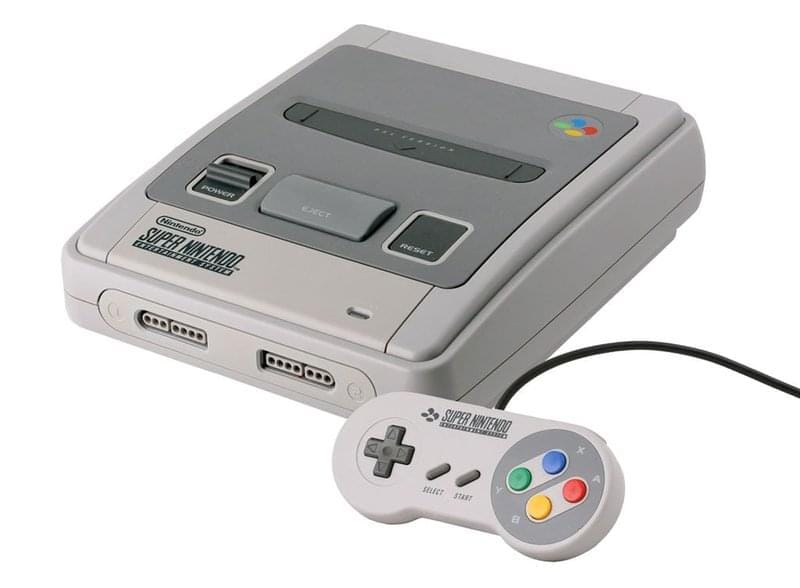 But, oddly, it looked different in America and different still in Japan too. I think we probably lucked out as (perhaps it's just nostalgia) but I think we got the best looking SNES. And, happy days, the new European version of the SNES Mini Classic will mimic the console we all knew and loved.