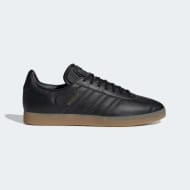 A smooth leather build shows off the elegant lines of a classic. With a soft feel and graceful design these Gazelle shoes are a faithful reissue of the 1991 original. A gum...
adidas deals
£37.47£65 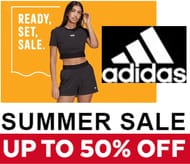 Adidas Summer Sale - Up to 50% Off PLUS EXTRA 20% OFF Enjoy an extra 20% off with code EXTRA20 Discover your favourite adidas styles for less. Jump to the: Women's Sale:...
adidas deals 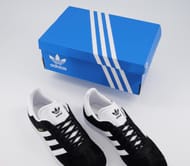 Gazelle by Adidas First issued in 1968 as an all around training shoe the Gazelle had a streamlined profile and innovative cushioning that made it a hit among top athletes. For...
Office Shoes deals
£45£69.99 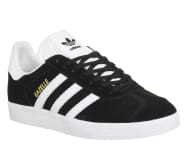 Mens Adidas Gazelle Core Black White Trainers - save £40 First issued in 1968 as an all around training shoe the Gazelle had a streamlined profile and innovative cushioning that...
Offcutsshoes deals
£29.99£69.99 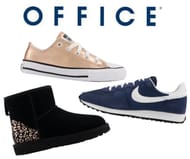 The Office January sale is still going strong and they now have a whopping up to 70% off their discounted lines, plus, you can use code EXTRA at check out for an extra 20% off...
Office Shoes deals 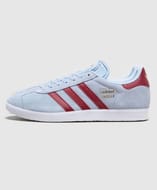 The legendary Gazelle by adidas Originals was the shoe that paved the way for many future designs to come. The vibrant suede upper the 'T' toe overlay and the contrasting iconic...
Scotts deals
£49£70 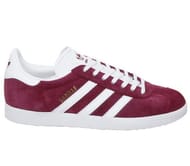 In size 5.5 only Gazelle by Adidas First issued in 1968 as an all-around training shoe the Gazelle had a streamlined profile and innovative cushioning that made it a hit among...
Office Shoes deals
£30£42.99 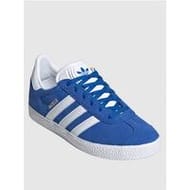 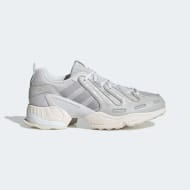 NOSTALGIC SHOES WITH UNDENIABLE 2000S STYLE. Based on one of adidas' most famous running shoes the 1999 Equipment Gazelle. This updated version has a stretchy mesh upper with...
adidas deals
£42.48£84.95 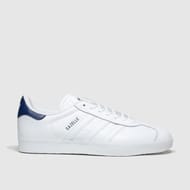 Get the Gazelle on your side for non-stop style. Arriving for the new season with a strong navy heel panel this white leather adidas icon deserves top spot in your everyday...
Schuh deals
£44.99£70

Adidas EQT Gazelle - save £59.50 Based on the archive 1999 Equipment Gazelle these recreations update the classic design for today. Made of supple leather, each shoe shows off a...
Hanon-shop deals
£25.50£85 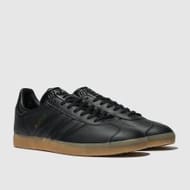 £15 off Mens Adidas Originals Gazelle Trainer Orders at Footasylum A Bit About Footasylum With over 65 stores across the UK we have our finger on the pulse of streetwear...
Footasylum vouchers
£15 off 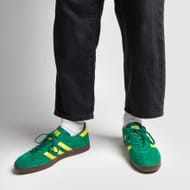 Don't see green over a pair of sneakers get your own adidas Gazelle Indoor and rock style that will last. The bright green and yellow upper is complete with 3-Stripe branding....
Schuh deals
£49.99£75 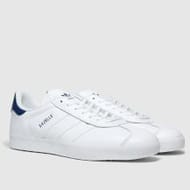 Get the Gazelle on your side for non-stop style. Arriving for the new season with a strong navy heel panel this white leather adidas icon deserves top spot in your everyday...
Schuh deals
£44.99£70 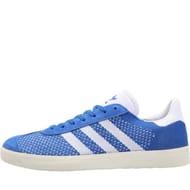 delivery an extra £4.99 per order adidas Originals low profile trainers are an updated version of the 90's Gazelle and feature an adidas Primeknit upper. BB5246 Breathable and...
MandM Direct deals
£19.99£89.99 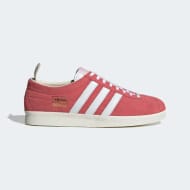 Adidas Gazelles Vintage Shoes with 50% Off

Reduced in price these Adidas gazelles are a classic have a look if you are interested...
adidas deals
£44.98£89.95

Adidas Gazelle is a low-profile classic working up the style of the brand for more than five decades and counting. What began as in the sports world evolved into an iconic streetwear staple.

A handful of well-known celebrities have been seen sporting a pair of Gazelle, from Kate Moss and Oasis to a young Michael Jackson. Who can blame them? The Gazelle has a sleek and functional design, making it ideal for low-key casual look.

This Adidas footwear is budget-friendly yet constructed with high-quality materials. It is made with suede nubuck upper, T-toe overlay, heel patch, a simple rubber outsole, and features ts signature serrated 3-Stripes detail.

Adidas Gazelle is available in various colours and designs for men, women, and kids. It is comfortable, lightweight, and suitable for every day wear. Likewise, you can use it for multi-training. But the best part about it is that you can save money on a pair when you use the Adidas Gazelle voucher codes here at Latest Deals.

We've gathered all the best Adidas discount codes and promos to help you with your shopping budget. However, these special offers are up for a limited time only, so grab them right away before they expire.

And to make sure you don't miss out on any fantastic deals from your favourite brands and UK retailers, simply hit that bookmark button on your screen to save this page.

What Makes Adidas Gazelle So Great?

Aside from its trendy looks, Adidas Gazelle was the first shoe the brand offered that's made from suede at a time were training shoes were crafted from leather. This means that the footwear is much more flexible and lighter while still providing your foot with a good level of protection.

When the Gazelle first came out, it was available in two colours only. These were red and blue with both featuring white stripes. However, the difference did not stop there. Once you turn the shoes over, you will notice that their outsoles are different.

The red version, known as Gazelle Rot comes with a transparent, non-slip sole inspired by the earlier Olympiade footwear. It is built using gum rubber with a grooved wave pattern, which makes it a good pair for outdoor use.

Meanwhile, the blue version or Gazelle Blau featured a microcell ripple sole. It uses the microcell technology that incorporated its rubbers with small air bubbles, offering a more cushioned impact upon landing. On the other hand, its ripple effect provided firm footing. Hence, it's the Gazelle ideal for indoor use.

The re-launched series of Adidas Gazelle comes with a modern style and available in a wide variety of vibrant colours and stylish designs. Apart from the iconic three stripes on the sides and closure lace, the latest versions feature thicker outsoles but still maintains the feel of the original.

You can find a wide range of Adidas Gazelle cheaply at Schuh, MandM Direct, and other reputable UK retailers. And if you want more savings on your purchases, don't forget to use the discount codes we have here at Latest Deals.

Adidas Gazelle has been through some changes since it made its first appearance in the 60s. When the 70s rolled out, it was one of the most popular Adidas footwear. During this time, the brand experimented with various outsoles and updated the shoe with several features.

One of these was the Soft Protect heel tab that provides better protection of the Achilles tendon. There's also the vinyl foot forming tongue for more comfort. In 1972, Adidas introduced the hexagonal-shaped tread microcell sole, giving the Gazelle one of its most modern outsoles. This is also the pattern that the company applied to the re-launched series.

In the early 1980s, Adidas was a favourite among young Brits and became something like a rite of passage with the Gazelle leading the way. What's interesting here is that Europe did not see any colour variations until the green Austrian-made model called Gazelle Grun was released in 1985. Also, we only see the footwear become available in a myriad of eye-catching colours in the early 90s.

The decade that would probably bring a lot of Gazelle memories to most people was the 90s. This is the time when we see famous artists like Oasis, Spice Girls, and Robbie Williams wearing Gazelle, making the shoe a part of the iconic 90s culture.

For its re-incarnation in the 2010s, Adidas chose the 1991 version of Gazelle. This means that they dug into their archives and brought back some of the original colour selections of that era. Additionally, they use the exact materials, such as the moulded tongue and pigskin, which are synonymous with that particular version.