Aperol Aperitivo 70 cl 11% ABV - Italian Spritz Aperol embodies the Italian lifestyle Created in 1919 and with an unchanged recipe to this day, Aperol has a low alcohol content...Read moreAmazon deals
£11£16
Get Deal

What's in the box? Including all you need to whip up a few classy cocktails this summer our Aperol Cocktail Box is the perfect accompaniment to your weekend barbecues. It’s got...Read moreMorrisons deals
£35
Get Deal

You can get this Aperol Aperitivo reduced from £16 to £10. Aperol is best enjoyed in its signature cocktail the Aperol Spritz, a traditional Italian aperitif. It is bright orange...Read moreASDA deals
£10£16
Get Deal

Aperol embodies the Italian lifestyle Created in 1919 and with an unchanged recipe to this day Aperol has a low alcohol content (11 Percent) Aperol Spritz, its signature drink,...Read moreAmazon deals
£10£15
Get Deal 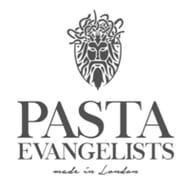 Get a Aperol Spritz Kit free with your order at Pastaevangelists by using the coupon code at checkout. https://images.latestdeals.co.uk/c-bfd4qE5AM.jpg...Read morePastaevangelists vouchers
Get Code
EAT

Aperol embodies the Italian lifestyle Created in 1919 and with an unchanged recipe to this day Aperol has a low alcohol content (11 Percent) Aperol Spritz, its signature drink,...Read moreAmazon deals
£15
Get Deal

Enjoy Aperol Spritz Kit free with your order at Pastaevangelists by applying the promo code at checkout. https://images.latestdeals.co.uk/c-pjCimpa3h.jpg...Read morePastaevangelists vouchers
Get Code
EAT 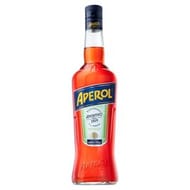 Aperol Italian Aperitif 70cl Aperol it is the perfect aperitif that evokes the sociable Italian 'aperitivo' lifestyle from pre-dinner conversation to an evening with friends and...Read moreOcado deals
£12£15
Get Deal

Aperol embodies the Italian lifestyle Created in 1919 and with an unchanged recipe to this day Aperol has a low alcohol content (11 Percent) Aperol Spritz, its signature drink,...Read moreAmazon deals
£11.69£16
Get Deal 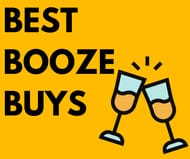 It's set to be nice weather this weekend so I thought I'd do a post on some of the best booze buys of the moment. We can't all head to our local pub or a nice beer garden, so...Read moreAmazon deals
Get Deal

Aperol embodies the Italian lifestyle Created in 1919 and with an unchanged recipe to this day Aperol has a low alcohol content (11 Percent) Aperol Spritz, its signature drink,...Read moreAmazon deals
£16£16.95
Get Deal

Experience the Unique and Distinctive taste of Aperol

Aperol is the multinational classic Italian bitter drink company. The drink type they produce is called aperitif. Padua, Italy is the country of origin of this brand. The manufacturer behind this brand is the Campari Group.

Aperol was founded in the year 1919. Since its establishment, it has been offering every individual with their exotic drinks. Speaking in terms of alcohol content it approximately measures an 11% ratio in all of Aperol drinks.

Some of the main ingredients used by Aperol in its drinks include rhubarb, cinchona, and gentian. Every drink represents an orange hue, resembling itself more as a summer drink.

In 2019, Aperol completed its 100 years. This brand was initially produced by a company named Barbieri, which was based in Padua itself. The eminent creators behind this brand are Luigi and Silvio.

Aperol and Campari share the same sugar content. However, Campari carries a darker shade look. Its alcohol content is also more than Aperol. In fact, the alcohol content ratio of Aperol is an exact half in comparison to that of Aperol.

Save money when you buy Aperol at Amazon, Tesco, Time Out, and other reputable UK retailers.

Things to Know About Aperol

Aperol is the company that was developed after 7 years of experimentation, dedication, and hard work. The Barbieri brothers modified and renovated this liquor company inherited by their father. In January 2014, up to the end of the 2017 season, Aperol shared its partnership with Manchester United.

This brand has also been the official sponsor of Grand Pix Motorcycle racing and of Moto GP. Aperol enjoys its fame in some very delicious and mouthwatering mix variants. These include the Aperol Sour and Aperol Spritz. Individuals can even use it to create some of the finest exotic cocktails.

Just immediately after the post-war session and the initial years later Aperol became famous. The main crowd that was attracted to Aperol were young adults. It was in the 50s when for the very first time the Aperol Spritz was developed. The first Aperol TV commercial was also featured during this time period.

In the 80s and 90s, Aperol started gaining more recognition. This recognition was mainly derived from the international and cosmopolitan dimension. This drink became the one and only drink that was enjoyed during all kinds of social events.

Stick to your budget when you use Aperol discount codes and voucher codes from the Latest Deals to maximize your savings.

Since Aperol’s involvement with Gruppo Campari, this became a brand that extended its social circle. This way it impressed not only the consumers but also gained a multiple from the world.

Its communications improved and so did Aperol’s involvement with art and advertising. Gradually fashion and lifestyle also became a coherent part of Aperol. Aperol Spritz ready-to-serve has been a constant favorite among all its consumers.

Aperol claims that they are the brand that solely focuses on bringing people together. With a glass of Aperol, any individual is destined to have a great time.

The name of the product is enough to say all about it. This is the finest Aperitif. The taste is bittersweet and the color its presents is bright orange. Some of the main ingredients comprise both bitter and sweet oranges, herbs, and roots as well.

Each of the flavors has been optimally well-balanced. This drink carries a low alcohol strength of 11% only. One can typically feel the lightly alcoholic aroma with zesting orange and some vanilla scents. The essence of vanilla is what makes the drink so special and unique.

The body comprises of both woody and herbal notes. The texture of the drink is velvety and rounded with the orange on-lasting flavor. Wood memories also play a critical role. The back taste is herbal and pleasant.

What Makes Aperol Stand Out From the Rest

This Italian liquor brand has been boosted with some outstanding features. To begin with, the Aperol Spritz features a vibrant orange color that can glam up your toasts. The essence and the flavor of the spritz are very engaging.

One simply cannot let go of it. Every Aperol drink is the gateway for a memorable time spent. This drink is the most ideal and appropriate drink for those fun filled parties and events.

The color and the taste both are exotic. Individuals can enjoy this drink both before and after every meal. It even promotes and gives way to good digestion.

This Aperol drink has been boosted with some great medicinal features as well. It can act as an immediate stress buster and mood uplifter. Taking into consideration the minimal alcohol content in every Aperol drink, one will never feel any levels of dementia.

The orange, herbal and woody notes give way to a great overall flavor. The flavor is not completely bitter or sweet. It is someplace in the middle.

Every glass of Aperol tastes bittersweet. The combination of orange, together with the herbs and woody notes gives it a unique and exemplary taste.

This drink is extremely refreshing by nature. Just with a single one can feel all the flavors and revitalize their taste buds. Aperol stands to be a versatile drink.

From new drinkers to the regular ones everyone would love it and enjoy it. Some exotic cocktails can also be created with the use of this exotic drink. One does not have to be a professional cocktail artist to make it.

The Aperol drink itself is so wholesome that only by adding some fruity accents and shaking it with some ice can make a mouthwatering cocktail.