The sun setting, wind gently blowing... what makes it more perfect than a cold beer? Here, our community of Latest Dealers find the best cheap beer discounts and share them with you to save money. Bargains from Sainsbury's, Tesco, ASDA and more. Plus, free craft beer samples, brewery tours and competitions. You may also find bundle deals such as a crate of Guinness which includes a SKY Sports package. Stella, Budweiser, Foster's and more.

£10 off Case of 8 Beers, Magazine and Snack on Subscription at Beer52

Redeem the discount code at checkout and enjoy a £10 discount on your case of 8 beers magazine, and snack on subscription at Beer52. Some restrictions may apply....
Beer52 vouchers
£10 off 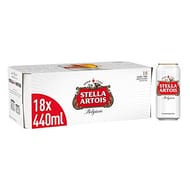 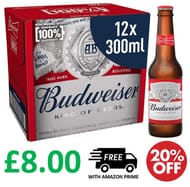 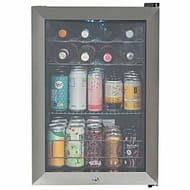 20 Craft Beers with 2 Free Glasses for £30 at Flavourly

Redeem the promo code at checkout and get 20 craft beers with two free glasses for £30 at Flavourly. https://images.latestdeals.co.uk/c-lxUWxLhkQ.jpg...
Flavourly vouchers 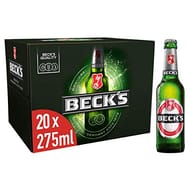 If you are doing dry January and fancy stocking up on some beer for when you finish or have a party planned for later in the year then this is a stonking offer! Get three crates...
Amazon deals
£21£40.50

The 11 Best Alcohol Free Drinks For Dry January From £3.50

If you are feeling a bit worse for wear after the excesses of Christmas and the New Year and lock down drinking and you are doing dry January or maybe just looking to cut back on...
Sainsbury's deals 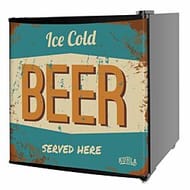 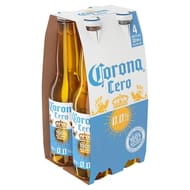 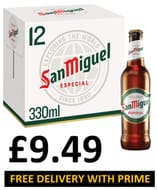 San Miguel Premium Lager 12 X 330ml This is only really a deal if you have Prime for the free delivery. I find it's so much easier with Prime to get bulky and heavy items...
Amazon deals
£9.49£10 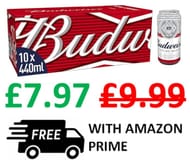 £10 off Case of 8 Beers, Magazine and Snack on Subscription at Beer52

Choose a wide range of products at Beer52 and get a £10 discount on case of eight beers magazine and snack on your subscription by applying this promo code at checkout....
Beer52 vouchers
£10 off 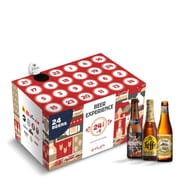 This mixed craft beer pack is an unique beer-experience where you can find 24 different beers from 6 different countries and 15 global beer styles You will find a huge variety of...
Amazon deals
£40£50 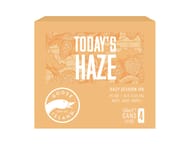 £50 Discount 5 Litre Beer Tap Dispenser Recreate the feeling of being at the pub whilst from the comfort of your own home! Pour yourself a fresh chilled draught beer. Universal -...
Studio deals
£79.99£129.99 Warsteiner Beer & Glass Set. If you know a beer lover then this is the perfect gift for them. This Warsteiner Beer Set not only includes a tasty, refreshing beverage but also a...
B&M deals
£4.49£5.49 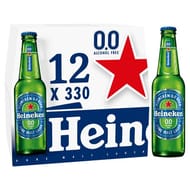 Brewing a great tasting alcohol free beer is it even possible? Our master brewers started from zero and spent years exploring, brewing and tasting before they finally created a...
Tesco deals
£7£8

Original Alcohol Free Beer Slightly hop-like and malt aroma Grainy and sweet flavour Usage of a patented technique that guarantees no alcohol is ever formed during the brewing...
Amazon deals
£11.97 £20 Discount Electric 5 Litre Beer Dispenser Add fun and style to your home bar or kitchen with this electric beer dispenser. This household beer cooler is perfect for all year...
Studio deals
£74.99£94.99 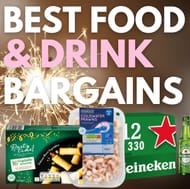 https://www.youtube.com/watch?v=I0Uh64M-HDY If you're having a party or gathering this New Years Eve you might be looking to replace all the food eaten over Christmas! To make...
Aldi deals 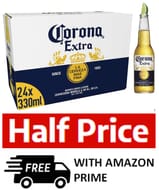 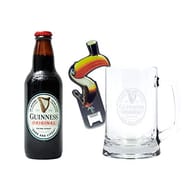 You can get this Official Guinness Beer Gift Set reduced from £14.99 to £5. We know you love to drink beer so we've created the perfect glass for your favorite beverage. The...
Amazon deals
£5£14.99

https://order.beer/ craft beers 10% discount code We work with fantastic craft beer breweries and producers helping them get their beer and more across the country...
Order dot beer vouchers
10% off 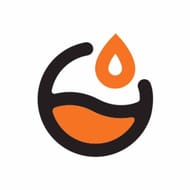 20 Craft Beers with 2 Free Glasses for £30 at Flavourly

Apply this promo code at checkout and get twenty craft beers with two free glasses for just £30 at Flavourly. Some exclusions may apply....
Flavourly vouchers

£20 Discount Daewoo Icemaster 5L Keg Beer Pump This modern beer dispenser will pour the coldest and crispest of pints to enjoy relax and unwind anytime you want. Its designed to...
Very deals
£129.99£149.99 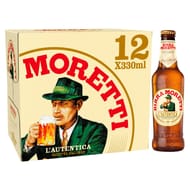 Birra Moretti is an authentically Italian quality lager brewed with passion and the finest ingredients. A special blend of hops that gives a unique taste and aroma enhancing its...
Sainsbury's deals
£10£14

Electric 5 Litre Beer Dispenser Add fun and style to your home bar or kitchen with this electric beer dispenser. This household beer cooler is perfect for all year round use. It...
Studio deals
£74.99£94.99 Fabulous meal deal at Asda which saves you £6.50! Get a Pizza Express Meal Deal with any 2 pizzas 1 side and a drink including cans of soft drink or Budweiser for just £6...
ASDA deals
£6£12.50

A Refreshing and Relaxing Alcoholic Beverage

Beer is one of the most consumed alcoholic beverages in the world. It is the third most popular after water and tea. Beer is made by brewing cereal grains including malted barley, corn, rice, and though wheat. During its brewing process, the fermentation of starch sugar produces carbonation and ethanol.

Most beers today are brewed with hops which adds a bitter flavour to it. This also acts as a stabilising agent and a natural preservative. Furthermore, some beers also use other flavouring agents such as fruits, herbs, and gruit. Commercial brewing process includes a carbonation effect which is removed and replaced by using forced carbonation.

Beer is packaged in cans and bottles. The brewing industry is dominated by several multinational companies and their products are usually consumed in bars and pubs. The alcohol volume of modern beers is around 4% to 6%.

Beer is also made and consumed as part of a culture of different nations and is associated with social traditions. Craft beer is usually sold during festivals and parties. This drink is widely consumed during social gatherings and special events.

British beer guide: The differences between ale, stout and IPA

Beer is widely consumed all around the world and there are various brands and varieties of it depending on the location and taste preference of the people. In some parts of the world, beer is mixed with other components that resemble the taste of prunes, plums, bananas, pineapples, pears, apples, and other fruits.

There are various kinds of beer including real ale, stout, porter, mild ale, wheat beer, Kriek, lager yeast, pale, and more. Pale is one of the most widely consumed beers in the world and if famous in many cultures.

The ingredients in this particular type of beer can be found anywhere. You can buy various beer products at your nearest supermarket and convenience store. You can even buy beer online. Beer is often sold in volume and you can save some money if you buy more products.

Most commercially produced beers are very affordable. There are even beer kits that you can buy so that you can make your own beer at the comfort of your own home.

Popular Beer Brands in the UK

How to Get Cheap Beer Deals Online

Take time to relax and have a cold bottle or a can of beer. Get access to the most affordable Aldi beers that you are looking for. Some UK retailers have seasonal clearance and regular beer sales. Take advantage of the different kinds of quality products available on the market today.

Here at Latest Deals, you will find the best cheap craft beer deals that you are looking for quick and easy.

You can get up to 70% off on various kinds of beer brands. Our savvy money-saving experts will share with you important information to help maximise your savings.

With brilliant selections from industry-trusted brands, we have hand-picked deals to help you stay on top of your savings. Look no further as we bring you only the most updated Budweiser deals brought to you by our supportive team of bargain hunters.

Here is a list of the UK retailers where you can get cheap Beer bargains and deals:

Looking for cheap beers without compromising your taste is quite easy when you go with the best deals and offers. There are plenty of ways to save on your purchases online. The best time to get massive savings is during special sales where selected beers are given at very low prices.

Here you can compare and look for cheap party drinks online most especially if you have a limited budget. You won't have to leave home to use the latest craft beer online UK voucher codes.

You can get voucher codes to use on your next shopping spree and get access to great selections of alcoholic beverages. Buy on the best products to get great value for your money.