Blue Dragon is a multinational manufacturer of Asian food products. The label wishes to demonstrate the finest Asian cuisine with their food items. This esteemed label prides itself on being a famous brand in the European foods sector. They have always aimed to provide people with premium quality products. Blue Dragon has the vision to make Europeans relish on the true taste of Asian food. They offer goodness in every product of theirs. 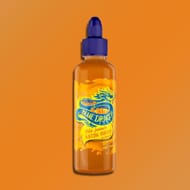 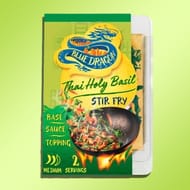 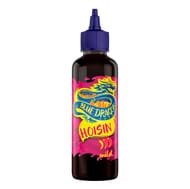 Sweet Chinese Hoisin table sauce What is Hoisin? A rich Chinese style sauce made using a blend of soybeans to give a sweet and sticky flavour. Mild. Life is too short for food to...Read moreIceland deals
£1£1.50 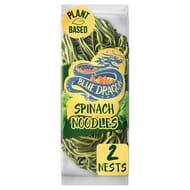 Plant Based. Great with any stir fry sauce. Suitable for vegetarians and vegans. Boil - From Ambient: Bring a pan of water to the boil then remove from the heat alternatively...Read moreASDA deals
£1£1.50 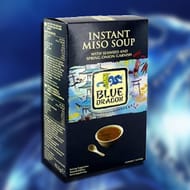 **AT SELECTED STORES!!** Food Clearance! Grab a bargain while you can. Always good to have stock of items in the cupboard. Great for adding to dinners!...Read moreSainsbury's deals
£0.60£1.50 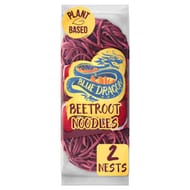 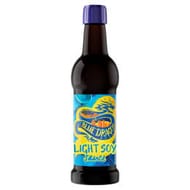 A light fragrant curry native to Thailand. The secret to a great Thai curry is the freshness and balanced of Thai ingredients that are ground into paste. At Blue Dragon, we grind...Read moreASDA deals
£2£2.69 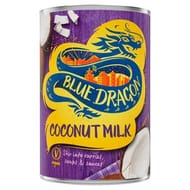 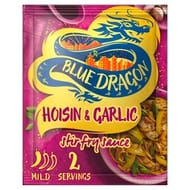 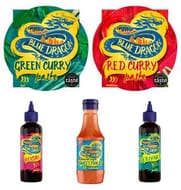 You can get this Blue Dragon Thai Green Paste Pot reduced from £1.00 to £0.50. Thai green curry paste. Find us on Facebook Twitter and Instagram A light, fragrant...Read moreTesco deals
£0.50£1 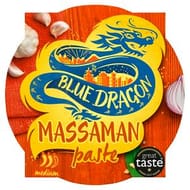 I reckon this has to be the best version of a homemade Massaman curry and I've been waiting forever for the price to drop so I can stock up. Simply mix it into a tin of coconut...Read moreSainsbury's deals
£0.50£0.90 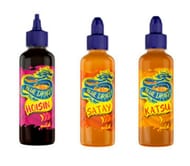 At Blue Dragon we are inspired by the vibrancy of modern Asia, sharing new tastes and recipes to fuel your passion for food....Read moreASDA deals
£1£1.75

Curry: This eminent brand has introduced a wide array of curry products. This range prominently concentrates on Thai cuisine. Both Thai Green & Red Curry can be obtained in this section. There are also pot & jar variations of these Thai curries. Along with these, Katsu Curry, and Massaman Curry are also available.

Dips & Condiments: In this range, one would spot varieties of sauce utilized in Asian cuisine. From Dark & Light Soy Sauce to Fish, Chilli Sticky Plum Sauce, and a lot more are available in this section.

Noodles: Blue Dragon’s range of noodles are noteworthy. The Ramen Noodle & Wok Noodles are crowd-favourites. There are also Vietnamese Pho Noodles, Wholewheat Noodles, and a lot more in this prominent category.

Where Can I Get Low-cost Deals For Blue Dragon?

Amazon Deals: Amazon is the most huge eCommerce portal across the globe. From homeware to groceries, there’s every single thing on Amazon. Blue Dragon products can be easily spotted here. One can spot several Amazon discounts and deals at Latest Deals.

eBay Deals: This global e-commerce portal also has Blue Dragon Asian cuisine products and a lot more. One can discover a few great eBay deals and discounts at Latest Deals.

ASDA Deals: ASDA is a renowned chain of stores. One can find a great range of Blue Dragon food items from here. Latest Deals contain some of the most fabulous ASDA deals, offers, and discounts.

Tesco Deals: Tesco is a British retail company. Their lineup of grocery products is vast as well. People can easily find Blue Dragon products in this huge collection. Latest Deals has several Tesco discounts and deals.

Morrisons Deals: Morrisons is an eminent retailer of the UK's. One can spot a fine variety of Blue Dragon Asian food items at Morrisons. Latest Deals also displays some exciting Morrisons deals, offers, and vouchers.

Wilko Deals: It is a British-based high-street retail company. Wilko also has food items from eminent brands like Blue Dragon. Latest Deals also has in store some attractive Wilko discounts, vouchers and offers.

Ocado Deals: This is an internationally operating British-based online retailer company. At Ocado, individuals can get their hands on plenty of Canderel products and a lot more. Plenty of Ocado deals and offers are featured at Latest Deals.

Approved Food Deals: Approved Food is a British online retailer of discount food. They have an entire collection of Blue Dragon products and a lot more. At Latest Deals, there’s plenty of top-rated deals, discounts, and vouchers for Approved Food.

Waitrose Deals: Waitrose is a British retailer. In here, one can avail of almost anything. Blue Dragon Asian food products have taken up a good space here. Some attractive deals, vouchers, offers, deals, and discounts are available in Latest Deals.

Londis Deals: Londis is an English convenience shop franchise chain. Plenty of Blue Dragon products are available in Londis. Some attractive Londis discounts, and offers can also be received at Latest Deals.

The Co-Op Deals: This renowned British retail label is known for offering great deals. Co-Op provides several discounts on foods and beverages. A variety of Blue Dragon products are here. Some of these offers & deals are also conveniently available at Latest Deals.

Iceland Deals: Iceland is the eminent UK based online grocery store. At the Iceland store, one can find a complete stock of Blue Dragon products. Plenty of Iceland deals, vouchers, discounts and offers can be found at the Latest Deals.