F1 2016 is a great video game to play for racing car fanatics. Deals and voucher codes that you can use at reputable online UK sellers such as Google will certainly not disappoint you. Our team of enthusiastic bargain hunters has gathered and tested the latest F1 2016 deals so you can be assured that any voucher code is up-to-date. You are sure to find something right within your budget. Get a F1 2016 video game with just a few clicks and you will definitely save a lot of money on your purchases. 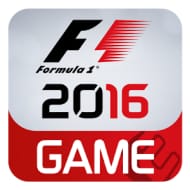 It looks absolutely amazing and well priced but incompatible with all Androids I have hope this helps someone getting a quality F1 game for their device....Read moreGoogle deals
£1.99£4.99

F1 2016 is a racing game that was developed by Codemasters Birmingham and distributed by Ubisoft in Japan and Square Enix in North America. This video game is based on the 2016 Formula One season. This video game was released for PlayStation, PC, and Xbox One on August 2016.

It was also later released for tvOS, Android, and iOS on November the same year. In 2017, the Mac version was released by Feral Interactive. The developers announced that the gamers are able to play revised career mode. This mode consists of 10 full seasons. The game also includes 21 circuits that came from the 2016 season.

The in-game commentary came from Anthony Davidson and David Croft. All 22 drivers from 11 teams compete in the championship to become the best. This also includes the return of Renault and the addition of the Haas team. The players can also choose the time of the day to race.

Furthermore, players can also customise helmet designs and they can choose their race number in the career mode. The F1 2016 game also features manual pit lane entry and manual starts. The players are allowed to have control over the performance of the car. If you like racing games, this one will keep you entertained for hours.

Why you Need to Play the Game Right Now

F1 2016 is one of the most entertaining driving games out there. This game can be played using your favourite gaming console including PlayStation 4, PC, and Xbox One. This game features a full career mode which you can customise. It has great graphics and sound which gives more excitement to your gaming experience.

To give it a more realistic feel, the player is able to hold the clutch for a manual start. You can also manually enter pit stops. Stay ahead of the game and lead the race against 21 other cars. The Codemasters managed to create a game that people will surely enjoy. One of the best things about this game is that you can customise it.

You can look for excellent cheap F1 2016 deals online with just a few clicks away and you can do it in the comfort of your home. Get F1 2016 PC or F1 2016 PS4 games at very reasonable prices. Take this wonderful chance to find what you are searching for and get them at very low prices.

Our bargain hunters will share with you important information to help maximise your savings. Here at Latest Deals, we will provide you with information about the latest cheap F1 2016 game deals and offers. Play this game in career mode and improve your ranking.

When purchasing racing games online, you can save money on the side when you buy in-game bundles. The more games you buy, the bigger savings you will get. This is a racing game will surely entertain you for long hours.

You can make use of exclusive F1 2016 PS4 game offers and special discounts so that you can stick with your financial plans. You might also want to read F1 2016 PS4 reviews to see that this game is worth playing. There are countless F1 2016 platforms to choose from.

Good thing our team has listed the most affordable and latest F1 2016 Xbox One download deals from the most trusted and reliable online retailers. Get access to cheap yet quality racing games that popular UK retailers are selling on the internet.

You can save as much as 40% on selected game bundles when you buy from Google, Argos, Amazon, eBay, Game UK, Currys, and other UK sellers. Just do not forget to use the latest voucher codes upon checkout so that you can get great value for your money. The good thing about F1 2016 is that you can play this game using various gaming consoles.