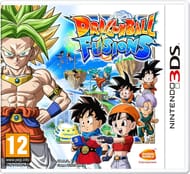 Decent price for this Dragon Ball game on the 3DS. Hadn't seen this low for a while...Read moreCoolshop deals
£19.95£24.12
Get Deal 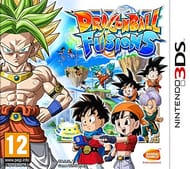 Seems to be the lowest price I've seen for DB Fusions so far. DB Fusions is a J-RPG Dragon Ball game so if you want something more than another DB fighting game, this might be...Read moreAmazon deals
£21.70£22.25
Get Deal

get your hands on a FREE multipack of Walkers Baked Fusions crisps next time you're doing an online Tesco shop...Read moreTesco vouchers
Get Code
LNY 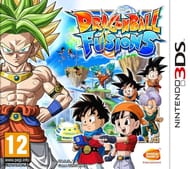 Available at some Argos stores for C&C delivery is on option but costs £3.95. Still cheaper than Amazon if you're after this game. If anyone has found it cheaper than £23.99...Read moreArgos deals
£23.99£28.13
Get Deal 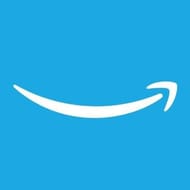 Had a look around the various European Amazon websites and only found this on the Spanish Amazon so, it's worth pointing it out in case there's a Dragon Ball fan who might fancy...Read moreAmazon Spain deals
£41.07£44.99
Get Deal

There are various kinds of fusion items such as video games, baked goods, and more. Here is where you can browse for really cheap quality fusions items from your favourite retailers. You can pick the most ideal fusions items that are suitable for your needs. Our team of enthusiastic bargain hunters has updated the list of the latest cheap fusions deals just for you. Get big discounts when you purchase at Amazon, Tesco, ASDA. With brilliant selections from industry-trusted retailers, we have hand-picked fusions deals to help you stay on top of your savings.

Dragon Ball Fusions is a role-playing video game common in Nintendo 3DS. The franchise revolves around Dragon Ball. This is somehow new for it was only launched in 2016. A localised version was also launched in North America in that same year. After that, another one was released in the Middle East, Australia, and Europe. All of which happened in 2017.

The idea of Dragon Ball Fusions is to enable players to create their own characters and build their own team. Furthermore, they also have to collect Dragon Ball which they will eventually fuse during the battles. This is also an opportunity for the players to take a picture of themselves, or even with friends.

Since its release, developments were made in the game. For instance, it has been localised in North America. The swords were replaced with sticks. The change was done with no explanations. Aside from this, a Manga adaptation also took place.

Generally, the game has received mixed reviews from the public. It was commended for its graphics and gameplay. If you are interested in this, make sure that you check upon the different Fusions deals available. This is a way to get a cheap version for yourself.

Is Dragon Ball Fusions any good?

In the game, Shueisha and partners conduct a contest for the fusing Dragon Ball characters together. Basically, the best design wins. There is also a manga project in Saikyo Jump for this. Those who emerge will receive the so-called Extreme Heroes W (Double Pack).

There are plenty of ways to save on your purchases online. Most online UK shops such as eBay, Amazon, and Argos have regular sales, seasonal clearance, and flash sales where you can get up to 50% off on a wide array of Dragon Ball fusion generator, and Dragon Ball fusions game.

Our massive community of bargain hunters regularly share verified discounts, promos, and voucher codes from Game, Coolshop, and Tesco, and from other reputable shops across the country. We also have a team of money-saving experts who always share essential tips and tricks on how you can get every day low prices on cheap Fusions, and Fusions deals when shopping both online and instore.

Getting additional money off with the help of Latest Deals is easy. You can maximise your savings by simply using the latest Fusions discount code of your choice upon check out for the best Dragon Ball fusions price. There are also voucher codes that can provide you with free shipping and gifts.