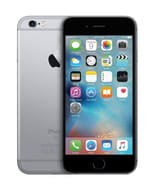 This is a refurbished deal being offered by Making IT green. Note that they show prices without VAT so I've added 20%. Might be a similar price at Studio:...
Makingitgreen deals
£220 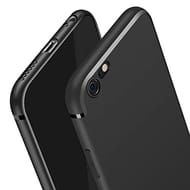 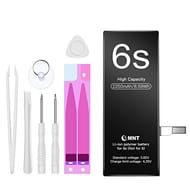 Description About EMNT Battery The battery is not fully charged. For optimal performance calibrate your newly installed battery: Drain it below 10%, and then charge it...
Amazon deals
£15.99£19.99 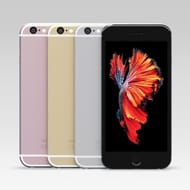 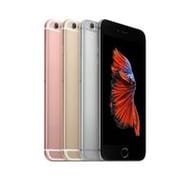 £100 Discount *SAVE £70* Apple iPhone 6s Plus 32Gb Get a free one-year Apple TV+ subscription when you buy this Apple device. One subscription per Family Sharing group. Offer...
Very deals
£249£349

£70 Discount Apple iPhone 6s Plus 32Gb Get a free one-year Apple TV+ subscription when you buy this Apple device. One subscription per Family Sharing group. Offer good for 3...
Very deals
£279£349 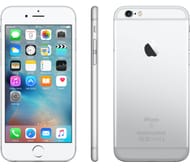 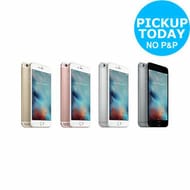 iPhone 6 Plus isn't simply bigger - it's better in every way. Larger yet thinner. More powerful, but remarkably power efficient. With a smooth metal surface that seamlessly meets...
ebay deals
£299 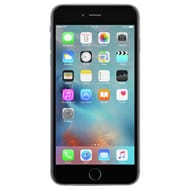 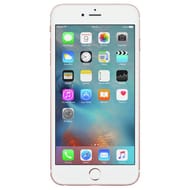 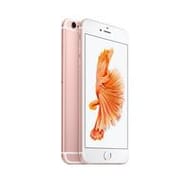 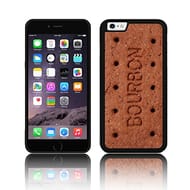 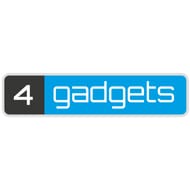 Product works and looks like new. Comes with a 1 year warranty. Renewed products are pre-owned products not Apple certified but have been inspected and tested by Amazon-qualified...
Amazon deals
£139.99£161.79 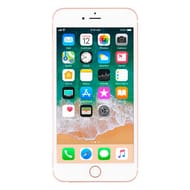 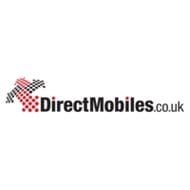 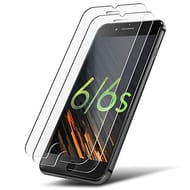 Free iPhone 6s plus from £42 a Month at Mobiles.co.uk 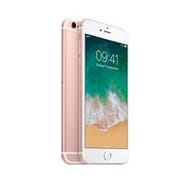 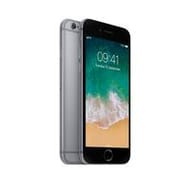 Fantastic Discount Apple iPhone 6s 32Gb This SIM-Free iPhone is unlocked and can be used with all major UK networks iPhone 6s features a 12MP camera with 4K video at 30 fps. A...
Very deals
£299£449 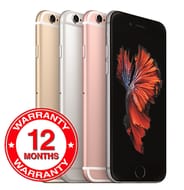 Different colours & GB available plus different grades of refurbishment - it's all explained in the link but cheaper than buying online! Also use code POWPOW15 to get 15% off...
ebay deals
£149.95 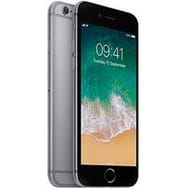 Fantastic Discount Apple iPhone 6s 32Gb + 10% back Enter N76DL at checkout to order on 12 months Buy Now Pay Later and get your credit back on this item. This SIM-Free iPhone is...
Very deals
£229£449

The iPhone 6s is an Apple smartphone released in 2015. It comes in gold, silver, rose gold and space grey. iPhone 6s features a 4.7-inch retina and 3D touch. The 3D touch recognizes the gestures and also force gestures. This adds shortcuts on the home screen to frequent actions and commonly used inside apps. In terms of looks, the iPhone 6s is identical to the iPhone 6, but slightly thicker frame and with a little more heft. It comes with the faster A9 processor and improved camera. Below, you can find the best price iPhone 6s deals, discounts and price comparison from our community of bargain hunters. Usually, Amazon, eBay and Very have it in-stock.

iPhone 6s: Everything You Need To Know

The iPhone 6S and iPhone 6S Plus are smartphones that were designed, developed, and marketed by Apple Inc. It is the ninth generation of the iPhone. They were announced on September 9, 2015 with pre-orders beginning September 12. Its official release was on September 25, 2015.

The mobile phones were succeeded by the iPhone 7 and iPhone 7 Plus the following year, and were discontinued with the announcement of the iPhone XS, iPhone XS Max, and iPhone XR on September 12, 2018.

The iPhone 6S set a new first-weekend sales record, selling 13 million models, up from 10 million for the iPhone 6 in the previous year. However, Apple saw its first-ever quarterly year-over-year decline in iPhone sales in the months after the launch, credited to a saturated smartphone market in Apple's biggest countries and a lack of iPhone purchases in developing countries. When it comes to design, it is similar to the iPhone 6 but includes an updated hardware, including a strengthened chassis and upgraded system-on-chip, as well as upgraded features, and had a positive reception from Apple fans. Its performance and camera quality were praised by most reviewers. However, the addition of 3D Touch got a mixed reaction from critics for not providing users with an expected intuitive response before actually using the feature

The iPhone 6S originally shipped with iOS 9; the operating system leverages the 3D Touch hardware to allow recognition of new gestures and commands, including "peeking" at content with a light touch and "popping" it into view by pressing harder, and accessing context menus with links to commonly used functions within apps with harder presses on home screen icons. The camera app's "Retina Flash" feature allows the display's brightness to be used as a makeshift flash on images taken with the front camera, while "Live Photos" captures a short video alongside each photo taken.

There are plenty of ways to save on your purchases online. Most online UK shops such as Very, Currys PC World, Amazon, O2, Three, and Carphone Warehouse have regular sales, seasonal clearance, and flash sales where you can get up to 20% off on a wide array of cheap iPhone 6S deals. There are even retailers that have 3 for 2 and 2 for 1 offers on select items. Also, the best time to get huge savings is during Black Friday, Cyber Monday, and Boxing Day where an extensive selection of products like iPhone 6S unlocked, unlocked refurbished, and unlocked new from your favourite UK retailers are reduced to clear.

Knowing when and where to look for the lowest possible iPhone 6S price in the UK is the key here. Fortunately, you don't have to spend hours online searching for special offers, bargain deals, and price drops on iPhone 6S original. Our massive community of bargain hunters regularly share verified CEX iPhone 6S discounts, as well as promos and voucher codes from Argos, Ebuyer, Groupon, John Lewis, Laptops Direct, eBay, Music Magpie, and from other reputable shops across the country. We also have a team of money-saving experts who always share essential tips and tricks on how you can get every day low prices on iPhone 6S upgrades, plan, and contract deals when shopping both online and instore.

Getting additional money off with the help of Latest Deals is easy. You can maximise your savings by simply using the latest iPhone 6S discount code of your choice upon check out. There are also voucher codes that can provide you with free shipping and gifts.

Thing to Know About the iPhone 6s

The iPhone series of 6s and 6s plus have been succeeded with several new models like the iPhone 8, iPhone X, and others. The iPhone 6 has network connectivity like GSM/ CDMA/ HSPA/ EVDO/ LTE.

The internal storage of the phone has been increased and is available in 16GB to 128 GB. The phone comes with an improved camera and audio quality. It is the last series of the iPhone to have a 3.5mm jack.

The phone has the features of the fingerprint sensor and Siri natural command and dictation. The feature of 3D touch adds new and interesting dimensions to the phone.

Features of the iPhone 6s

The new launch of Apple iPhone 6 and 6 plus is highly beneficial as compared to the previous model. The strengthened glass front makes the display harder to break than the earlier models.

The Touch ID fingerprint authentication function makes the phone more secure. The phone runs faster because of the 2GB RAM. The front-facing camera and the flashlight gives a good quality picture.

The rear camera of 12MP gives quality images and videos. The feature of 3D touch enhanced the function of phone use.

The A9 processor makes the phone run faster. The beautiful color and sleek design of the phone gives it a great look.

Specifications of the iPhone 6s

The iPhone 6s is Worth Buying

The iPhone camera with a front LED flashlight makes the phone worth buying. There are many advantages of the smartphone as it comes with the latest iOS 9.

The phone has 4.7 inch LED-backlit IPS LCD capacitive Display and has multiple touches. It comes with ion strengthened glass cover and an aluminum frame that makes the phone unbreakable.

The non-removable Li-Ion battery backup of 1715 mAh prevents your phone from dying faster. The phone has extraordinary PPI pixel density which makes your screen look much clearer

What makes the iPhone 6s Useful

The iPhone 6s is more durable than the previous models as it comes with an aluminum frame. The phone is available in four colors that give the phone a ravishing look.

The phone is lightweight and easy to carry. The phone provides a pure image quality with the front flash LED lights. The second-generation touch id makes the fingerprint detection twice faster.

The phone supports 4K videos and can capture 63 megapixels panoramas. As the phone is succeeded by a new series of iPhone it is now available at an affordable price.

Don't forget to use the latest iPhone 6s offers, discount codes and vouchers found at the Latest Deals to get this product at a cheaper price.