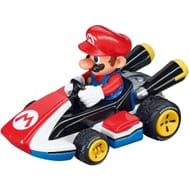 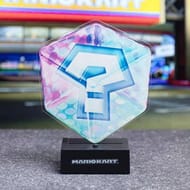 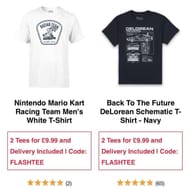 Paste this voucher code at checkout and get a £6 discount & free delivery on your purchase of the Mario Kart t-shirt from Zavvi. https://images.latestdeals.co.uk/c-6M73x2W1A.jpg...
Zavvi vouchers
£6 off 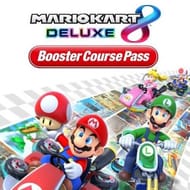 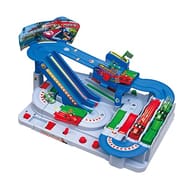 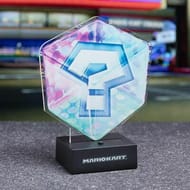 FREE DELIVERY Officially licensed Nintendo merchandise! Illuminate your room and have your favourite mushroom super star and flame flower giving mystery box by your side with...
ebay deals
£10 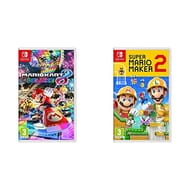 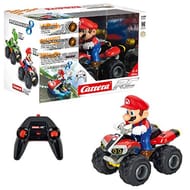 About this item It's an instant collection with Hot Wheels Mario Kart 4-packs of character-inspired replica karts that bring the video game action to life! Each set features 4...
Amazon deals
£22.25£27.99 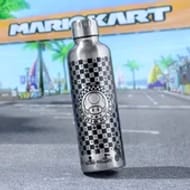 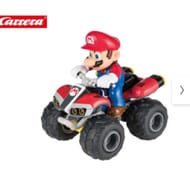 Never mind the kids I want one for myself! ***** Your favourite Nintendo character speeds into your home in 1:20 scale ready for endless races Easy-to-control, full-suspension...
Lidl Offers deals
£29.99£47.99 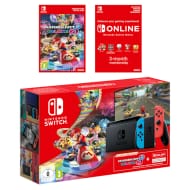 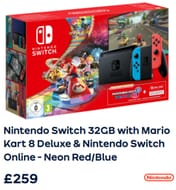 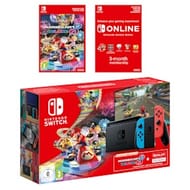 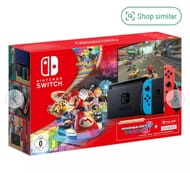 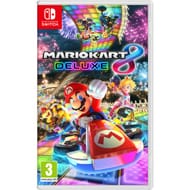 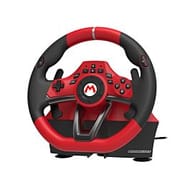 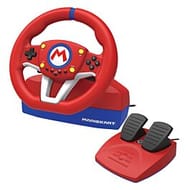 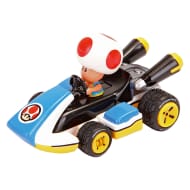 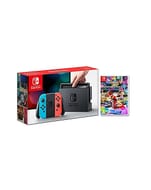 Switch Console and Mario Kart 8 Deluxe; This item is non-returnable unless faulty. For details of your rights to return or cancel please refer to our returns policy returns...
Home Essentials deals
£329.99£349

Mario Kart is a series of go-kart-style racing video games developed and published by Nintendo as spin-offs from its trademark Super Mario series. The first in the series, Super Mario Kart, was launched in 1992 on the Super Nintendo Entertainment System to critical and commercial success.

One of the features of the series is the use of various power-up items obtained by driving into item boxes laid out on the course. These power-ups include mushrooms to give players a speed boost, Koopa Shells to be thrown at opponents, and banana peels that can be laid on the course as hazards. The type of weapon received from an item box is often random, though sometimes influenced by the player's current position in the race. For example, players lagging far behind may receive more powerful items while the leader will only receive small defensive items. Called rubber banding, this gameplay mechanism allows other players or computers a realistic chance to catch up to the leading player.

As the series has progressed, each new installment has introduced new gameplay elements, such as new courses, items, modes, and playable characters.

Where can I Find Mario Kart Deals? 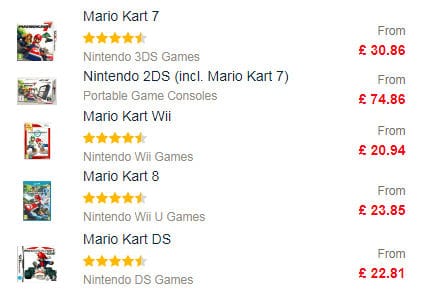 With Nintendo Switch, fans can enjoy the definitive version of Mario Kart 8 anywhere, anytime; The Mario Kart you know and love, with many new features. Hoping to pick up a discounted Mario Kart? Check out the best Mario Kart deals our community of bargain hunters have found including consoles, games and bundles. See a full breakdown of everything that Mario Kart 8 has to offer in terms of characters, courses, items and game modes!

Latest Deals is the ideal place to look for the latest and best console bundles. Our team of money saving experts compare hundreds of bundles for all the popular consoles to bring you the best possible deals around. Find everything here from the best Mario Kart 8 Deluxe price and best buy to Mario Kart 8 Switch offers, Mario Kart 8 cheapest price and cheap Mario Kart games. 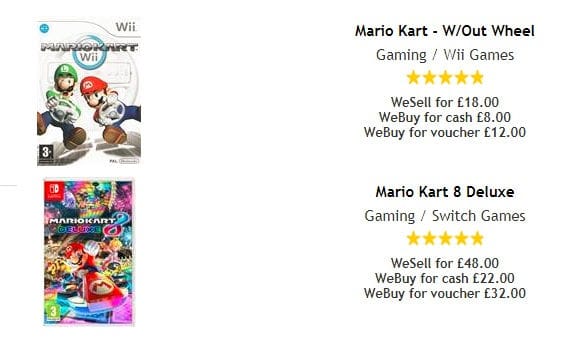 Would you say this is an accurate tier list?

The Mario Kart series has had a range of merchandise released.

Among them are a slot car racer series based on Mario Kart DS, which comes with Mario and Donkey Kong figures, while Wario and Luigi are available separately. A line of radio-controlled karts have also been marketed, with are controlled by Game Boy Advance-shaped controllers, and feature Mario, Donkey Kong, and Yoshi. There are additional, larger karts that depict the same trio and are radio-controlled by a GameCube-shape controller.

Japanese figurines of Mario, Luigi, Peach, Toad, Yoshi, Wario, Donkey Kong, and Bowser are also available for purchase as well as for Mario Kart 64, figures of Mario, Luigi, Wario, Bowser, Donkey Kong, and Yoshi were made by Toybiz. There are also Sound Drops inspired by Mario Kart Wii with eight sounds from the game. A land-line telephone featuring Mario holding a lightning bolt while seated in his kart, has also been marketed.