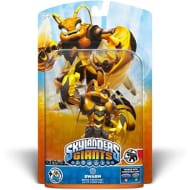 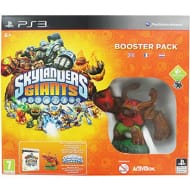 Nordic Import - Game is in English. Great for kids and adults. With this being available on the Wii U you can also play the Crash Bandicoot pack (sold separately)....
Coolshop deals
£14.99£29.99

£1.50 fee if you prefer it delivered. I remember playing this back then on my Wii U and really enjoyed playing the stages as Donkey Kong and Bowser, but specifically Bowser...
CEX deals
£2.50 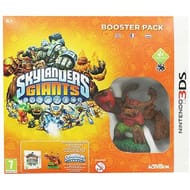 Now Kaos is back and with a new threat rising, it's time to bring the Giants back to join forces with the Skylanders. It's up to you to unleash their strength. Are you ready...
The Works deals
£3.92£35 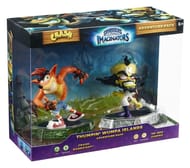 Hey! I'm back to posting for now. As I've seen the Totaku PlayStation little figurines which look really cool and Crash Bandicoot is also part of that series I thought about...
Amazon deals
£21.46£29.99 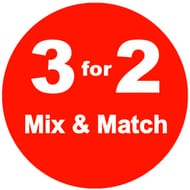 Skylanders Superchargers 3 for 2 - Prices Start from £1

Seen this in Smyths today. 3 for 2 on Skylanders Superchargers Vehicles Drivers, Sets and Trophies. The prices are as follows: Single Vehicles and Single Drivers £2 each or 3...
Smyths Toys Superstores deals

Bargain Skylanders Imaginators Fire Crystal. From the Official Argos Shop on ebay This vessel allows players to create and transport their unique Skylanders to consoles at...
ebay deals
£2.99

Seems to be at a good price and despite 'Used' it should be in very good condition as the Switch version is still relatively recent. https://www.youtube.com/watch?v=cJHXWrqAJMo...
Grainger Games deals
£24.99£29.99

GameStop has dropped the price on this so reckon it's a good deal if you're after this. https://www.youtube.com/watch?v=cJHXWrqAJMo Portal Masters can unleash their imaginations...
Gamestop deals
£35.32£49.99 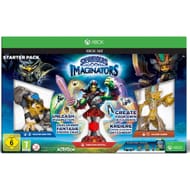 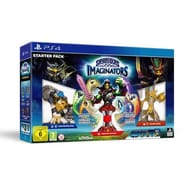 Skylanders Imaginators gives kids the power to create Skylanders and bring them to life for the first time in an all-new adventure with a compelling storyline puzzles, battles,...
Smyths Toys Superstores deals
£20£29.99 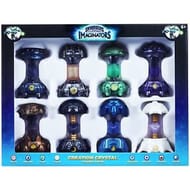 WII/ WII U trap team Inside the box comes a code for a free download of the WII U version meaning this works with both consoles! (according to pic)...
Amazon deals
£3

Supposedly they have "new" in stock but knowing Grainger Games they'll just send you a used copy so might as well buy used instead plus, it's cheaper. Skylanders Imaginators'...
Grainger Games deals
£24.99£29.99

Bring toys to life and life to toys with the new Traptanium Portal Two ways to play with the Skylanders or with trapped villains Each Trap is elementally aligned unlocking...
Amazon deals
£3.96

STARTER PACKS Create your own Skylander For the first time fans can bring their imaginations to life and create their own Skylanders called Skylanders Imaginators. With endless...
Grainger Games deals
£14.99

The WiiU version has had another price drop on Grainger Games. :) WiiU gamers and collectors alike will be happy to see this getting cheaper. STARTER PACKS Create your own...
Grainger Games deals
£17.99£19.99

The cheapest price I've currently seen for the WiiU version (brand new) of Skylanders Imaginators. STARTER PACKS Create your own Skylander For the first time fans can bring...
ebay deals
£19.99£24.99

STARTER PACKS Create your own Skylander For the first time fans can bring their imaginations to life and create their own Skylanders called Skylanders Imaginators. With endless...
Grainger Games deals
£19.99£24.99

STARTER PACKS Create your own Skylander For the first time fans can bring their imaginations to life and create their own Skylanders called Skylanders Imaginators. With endless...
Smyths Toys Superstores deals
£24.99£32.98 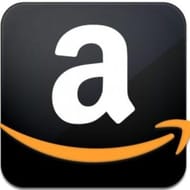 In order to get it at this price you need to join the prime membership. It is similar to the UK prime. Just join the Prime 30 days trial and cancel it straight away....
Amazon Germany deals
£20.91

Xbox One is £8.99 the ipad version is only £5.99! Rev your engines! Skylanders is taking to Land, Sea and Air with Skylanders SuperChargers on 25 September. Skylanders...
Amazon deals
£7.99

Dispatched from and sold by Amazon exclusively for Prime members. Skylanders Imaginators (PS4) by ACTIVISION Platform : PlayStation 4 | Rated: Ages 7 and Over 4.8 out of 5 stars...
Amazon deals
£29.53£59.99

Skylanders Imaginators Starter Pack Nintendo Switch is only £39.99 at Amazon probably the cheapest UK price! Platform : Nintendo Switch Rated: Ages 7 and Over 4.6 out of 5...
Amazon deals
£39.99£54.99

Skylanders Imaginators for Nintendo Switch Was £54.99 Now £49.99 with FREE DELIVERY UNLEASH YOUR IMAGINATION Kaos has discovered the ancient power of Mind Magic and is using it...
GAME deals
£49.99£54.99

STARTER PACKS Create your own Skylander For the first time fans can bring their imaginations to life and create their own Skylanders called Skylanders Imaginators. With endless...
Grainger Games deals
£24.99£29.99

Whether you are looking for any kind of Skylanders games, you are sure to find something right within your budget. Stick to your budget when you use the best cheap Skylanders voucher codes from Simply Games, Amazon, eBay, and other reputable UK retailers to maximise your savings. Get only top-notch video games and merchandise that will surely satisfy your needs and wants. Everyone who are fond of playing Skylanders will surely have a great time. Play it using your favourite console including Playstation and Nintendo. Enjoy playing Skylanders with your friends.

Activision published Skylanders, a toys-to-life action video game. This is the much-awaited spin-off of the Spyro series in which the character figures are placed and they are called the Skylanders on the Portal of Power. This is a device which can read the tags of the figures through the imports and the NFC - the playable character in the game.

Upon playing the game, you will be set in a world called the Skylands. This is a realm which is made of floating islands and adventure. This is going to be the center of its universe that will be regularly threatened by evil forces who want to dominate Skylands so that they can get all the access to the worlds. Good thing, a group of heroes referred to as the Skylanders use their machinery and strength to defend the world. That is where the game begins!

When playing, you must get used to the plot. Do everything to avoid Kaos. This is the main antagonist of the series. Your main goal is to stop him from ruling Skylands.

Start playing this game now. There are console versions with the same storylines. However, if you are a user of Nintendo 3DS, you may have to watch out for its different edition.

How to Get Cheap Skylanders Online

We have a massive community of bargain hunters who are always on the lookout to find the most exciting gaming offers online. So whether you are looking for Spyro’s Adventure, Giants, Swap Force, Trap Team, SuperChargers or Imaginators, your have come to the right place. Our team of money-experts, on the other hand, will provide you with essential tips and tricks on how you can save on your online and instore shopping.

If you are looking for the cheapest deals on Skylanders, here’s a list of sites you can check out for:

You can find the installment of Skylanders here at everyday low prices. These retailers also often have clearance sale events where you can get some fantastic money off on selected items.

The best time to shop for gadgets and accessories is during the Black Friday and Cyber Monday sale events in the UK where you can take advantage of huge price reductions on games and consoles. Make sure to use the latest Skylanders discount codes here at Latest Deals for additional money off. You can even get free delivery on your purchases!

Aside from the video games, you can also get Skylanders-inspired products like bags which may save you at least 80% off your transaction. Check this out before it is too late.

Do not forget to bookmark this page and watch out for the latest discount codes, voucher codes and special offers from your favourite UK retailers and never miss out on any amazing savings.

A Closer Look at Skylanders - Imaginators

Many believe that Skylanders Imaginators is the best installment there is from the game. While it is true that there might be some other areas it can explore, there are things that you would still love about it. If you are a beginner, it should not be impossible for you to love this game.