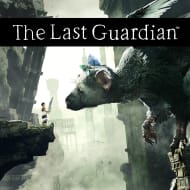 You can get this The Last Guardian PS4 reduced from £29.99 to £11.99. An unforgettable journey Experience the power of friendship between a boy and his mystical companion in one...Read morePlayStation deals
£11.99£29.99
Get Deal 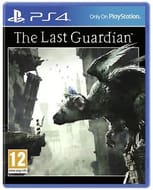 Some legends are meant to be lived to be believed. In The Last Guardian players will experience the journey of a lifetime in this touching, emotional story of friendship and...Read moreebay deals
£12.99
Get Deal 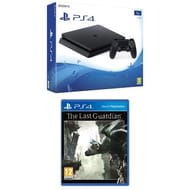 I have found an awesome deal with an amazing price £317.48! You can get it from www.amazon.co.uk and get FREE Delivery in the UK. A Stunning New Design : A slimmer and lighter...Read moreAmazon deals
£317.48
Get Deal 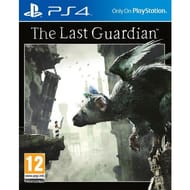 Then the second cheapest retailer is Base with the game at £13.85. Niche game but with a very mixed reception definitely a must for PS4 owners, regardless....Read moreThe Game Collection deals
£12.71£14.95
Get Code
D15 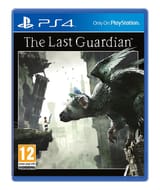 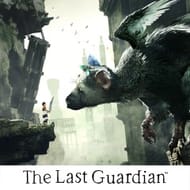 Buy The Last Guardian™ to get a PlayStation®Store exclusive PS4™ theme. An unforgettable journey Experience the power of friendship between a boy and his mystical companion in...Read morePlayStation deals
£11.99£29.99
Get Deal

An Unlikely Companion: discover a fantastical beast named Trico who will act as companion and protector forging a bond that drives an emotional and harrowing journey. Truly...Read moreBase deals
£18.85£21.79
Get Deal

The Last Guardian for Playstation 4 is an action-adventure puzzle game designed and directed by Fumito Ueda the visionary behind the Playstation 2 classics, ICO and Shadow of the...Read moreebay deals
£85£105
Get Deal

The Last Guardian - Exclusive Launch Edition Price: £29.86. FREE UK Delivery In The Last Guardian PS4 Game players will experience the journey of a lifetime in this touching,...Read moreShopTo deals
£29.86£59.99
Get Deal

The Last Guardian - PS4 £22.84 + Free UK Delivery https://youtu.be/zXLZvsSmBIs In a strange and mystical land a young boy discovers a mysterious creature with which he forms a...Read moreGameseek deals
£22.84£59.99
Get Deal

Sold via Boss Deals who have it on their site as well. In a strange and mystical land a young boy discovers a mysterious creature with which he forms a deep, unbreakable bond....Read moreebay deals
£19.85£59.99
Get Deal

In a strange and mystical land a young boy discovers a mysterious creature with which he forms a deep, unbreakable bond. The unlikely pair must rely on each other to journey...Read moreGameseek deals
£22.79£39.99
Get Deal

The Last Guardian is £22.84 at Gameseek. You can watch some of the gameplay here. https://www.youtube.com/watch?v=a5nZO_HL2K8...Read moreGameseek deals
£22.84
Get Deal 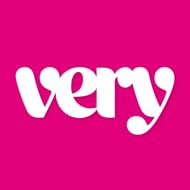 SOME LEGENDS HAVE TO BE LIVED TO BE BELIEVED In The Last Guardian players will experience the journey of a lifetime in this touching, emotional story of friendship and trust. In...Read moreShopTo deals
£24.85
Get Deal

An Unlikely Companion: discover a fantastical beast named Trico who will act as companion and protector forging a bond that drives an emotional and harrowing journey. Truly...Read moreAmazon deals
£24.99£39.99
Get Deal

The Last Guardian PS4 RELEASED 09 Dec 2016 In a strange and mystical land a young boy discovers a mysterious creature with which he forms a deep, unbreakable bond. The unlikely...Read moreTesco deals
£44
Get Deal

The Last Guardian has been in the works since 2007 and was originally set to launch as a PS3 exclusive. Japanese video game designer Fumito Ueda actually began putting concepts together for the game around 2005. After the game’s debut at E3 2009, plans were put into motion regarding a demo of the game that was to be featured within The Ico & Shadow of the Colossus Collection. But as we all know already, that outcome never came to be. Team Ico simply had a tough time bringing Ueda’s vision to fruition with the PlayStation 3’s hardware capabilities.

As the years passed, word had started to circulate that The Last Guardian’s production had been shut down for good. But at E3 2015, a brand new trailer for the game was released and helped reintroduce it as an exclusive for the PS4.

The Story Behind the Game

The narrative behind this title is told by an older man who happens to be the young boy you’re playing as. This elderly gentleman recounts his time spent with the massive creature named Trico, which makes this game more of a playable flashback sequence. As a young boy, he ends up kidnapped for undisclosed reasons and is then trapped within a mysterious castle.

When he finally awakens, the boy discovers he’s been covered in a bunch of mysterious tattoos. Once he finally frees himself from his predicament, he befriends Trico after releasing it from captivity. From this point forward, both the young boy and Trico aid each other as they look to escape the castle’s dangerous confines.

From Japan Studio comes an unforgettable story of comradeship, trust and extraordinary adventures in a strange, mystical land.

Why You Should Play The Last Guardian

How to Get Cheap The Last Guardian Deals Online

The Last Guardian started to become a bit mythical; a fabled video game, one that is perpetually in reach but you can never grasp with your greedy little hands and caress with your stubby fingers. If you are looking for cheap The Last Guardian game, you’ve come to the right place!

Our community of bargain hunters regularly share verified deals and offers on The Last Guardian games from major UK retailers to help you save on your purchases. We also have a team of money-saving experts who share essential tips and tricks that will help you get discounts in your instore and online shopping.

Most reputable online UK shops like Amazon, Argos, Tesco, GAME, Simply Games, CEX, The Game Collection, 365Games, Currys PC World, and Playstation Store among others often have sale events such as clearance and flash sales where you can save as much as 50% off on an extensive selection of The Last Guardian. They also reduce their prices further during Black Friday, Cyber Monday, and Boxing Day. You can maximise your savings and get additional money off by using the latest The Last Guardian discount codes you can find here at Latest Deals. There are even voucher codes where you can get freebies and free shipping on your purchases.

Remember that the special offers we have here are available for a limited time only, so make sure to take advantage of them right away before they expire. Do not forget to bookmark this page and never miss out on fantastic savings. Amazing discounts, and everyday low prices from your favourite online shops in the UK!