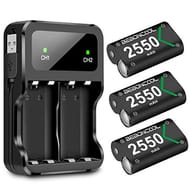 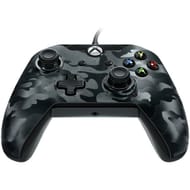 4 people like this deal
Licensed Xbox One Controller with Back Paddle - Black Camo872/8913
Officially licensed by Microsoft this stylish wired controller is compatible with Xbox One, Xbox One S, Xbox One X, and Windows. Keep your thumbs on the analog sticks with dual... Read more
£21.99£24.99
Argos deals 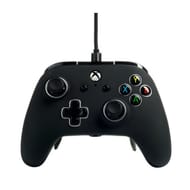 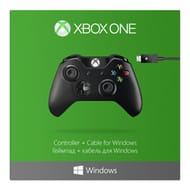 Expired
1 person likes this deal
Xbox One Controller
Xbox one controller discounted from argos for black friday. This is the cheapest I have found a brand new one... Read more
£29.99£44.99
Argos deals 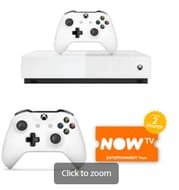 5 people like this deal
XBOX ONE S ALL DIGITAL EDITION with WHITE XBOX ONE CONTROLLER Only £239.98
I have found an awesome deal with a great price £239.98! You can get it from www.game.co.uk. Go all digital with the Xbox One S All-Digital Edition and enjoy disc-free gaming with... Read more
£239.98
GAME deals

Expired
4 people like this deal
Kingdom Hearts Limited Edition Xbox One Controller (Xbox One)
PDP : Wired ControllerGold Foil Mickey LogoOfficially licensed by DisneyNow at a discounted price of only £19.85!... Read more
£19.85£34.99
Base deals 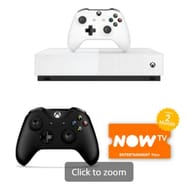 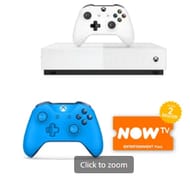 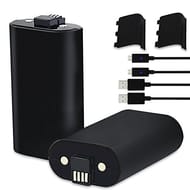 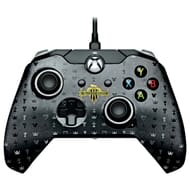 3 people like this deal
Kingdom Hearts Collectors Edition Xbox One Controller
Celebrate the release of Kingdom Hearts III with the officially licensed Kingdom Hearts Controller for Xbox One. With a sleek design featuring artwork from the popular franchise... Read more
£24.99£34.99
Argos deals 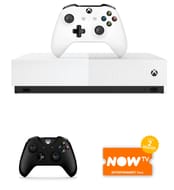 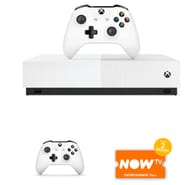 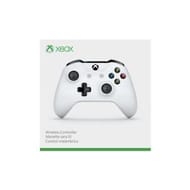 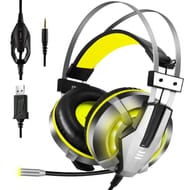 Expired
10 people like this deal
EKSA Gaming Headset for PS4, PC, Xbox One Controller, Nintendo Switch @11.33 £
Wow! I was looking for something like this. Actually It has great build quality and comfortable to use with a great price. After using this code MDVBIDCM and applying the voucher... Read more
£11.33£17.99
Amazon deals 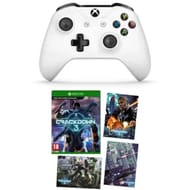 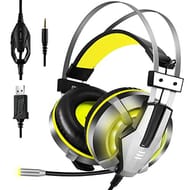 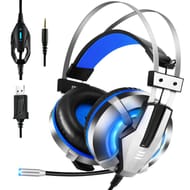 Expired
20 people like this deal
Gaming Headset for PS4, PC, Xbox One Controller over-ear headphones
code: R9QWCBO4 (works Both Blue and Yellow) Up to 40% off in total https://images.latestdeals.co.uk/c-5bnMUN_zY.jpg... Read more
£13.64£22.99
Amazon deals 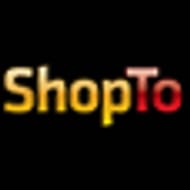 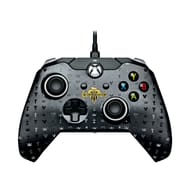 3 people like this deal
Kingdom Hearts: Limited Edition - PDP Wired PC & Xbox One Controller
Generally not a fan of PDP products but this Kingdom Hearts' controller for PC and Xbox One looks downright amazing!Release Date: January 29... Read more
£32.99£34.99
Base deals 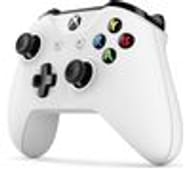 Expired
12 people like this deal
Xbox One Controller White or Black
Xbox one controller black or white 34.99Get gaming with the Microsoft Xbox Wireless Controller.This controller has up to twice the previous wireless range of previous controllers... Read more
£34.99
Currys PC World deals 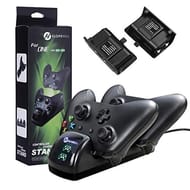 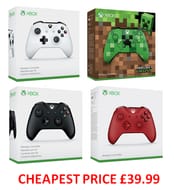 Expired
13 people like this deal
Microsoft Xbox One Controller (Wi-Fi)
You can get a Xbox One wireless controller for just £29.95 on ebay (new) with free delivery.This seems like a great price as Amazon currently has it listed for £43.85 and... Read more
£29.95£47.35
ebay deals 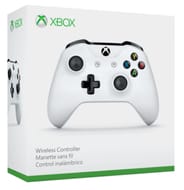 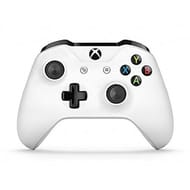 Expired
1 person likes this deal
Head set and Xbox one controller for £59.99
Get a chat head set and a controller for Xbox one from Tesco for £59.00. This works out as one item being more or less free. This is a soon expiring offer for just over the Easter... Read more
£59.99£110
Tesco deals 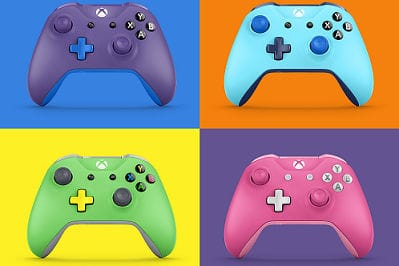 It’s quite tricky to find an Xbox One controller deal, especially if you’re looking on high street retailers where they don’t normally offer amazing discounts. Fortunately, you can find great value for your money online where it’s more competitive and that’s where we come in. Our massive community of bargain hunters are always on the lookout every month to find the best possible deals that you can take advantage of both online and in store. With cheap Xbox One controller and Xbox One console offers from Amazon, eBay, Game, Tesco, Asda and more, you’re sure to have a more enjoyable gaming experience while still staying within your budget.

The main controller of the Microsoft Xbox One console is the Xbox One controller. It keeps the Xbox 360 controller’s overall layout but with some changes on its shape, analog sticks, triggers and shoulder buttons. It also added new vibrators within its triggers that allows for directional haptic feedback. The controller underwent around three revisions with numerous changes to its functionality and design. A lot of money have gone to its development in order for the company offer the perfect design while still keeping the things gamers loved with the design of the Xbox 360 controller.

Microsoft also launched the premium version Elite Wireless Controller for professional gamers which includes features such as programmability features and interchangeable parts. In addition, both the standard and premium controllers come in various colours and some even features special designs tying them into particular games. Since the company partners with Oculus VR, both the controllers are bundled with the Oculus Rift VR headset. On the other hand, the Day One Edition controller features a chrome coloured D-pad as well as a special stamp showing that it’s a Day One Edition.

One look and you will see the resemblance of the Xbox One controller to the Xbox 360 controller. The differences are the following:

Compared to the PS4 which supports 4 controllers, the Xbox one controller support 8. And compared to the standard black, its day one controller comes with a special text in the middle as well as a metallic d-Pad. Furthermore, it features 40 improvements on its design making it more intuitive and comfortable to use. Compared to previous Xbox controllers, its directional pad has a more traditional look to it with a slimmer battery compartment. While its triggers have a built-in rumble system called Impulse Triggers which has a forced vibration directly built into the triggers, which gamers can use in games like Forza. 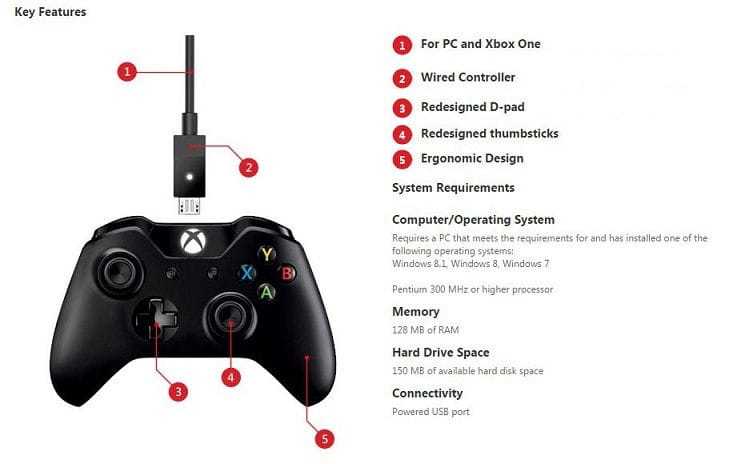 The top and face of the Xbox One wireless controller 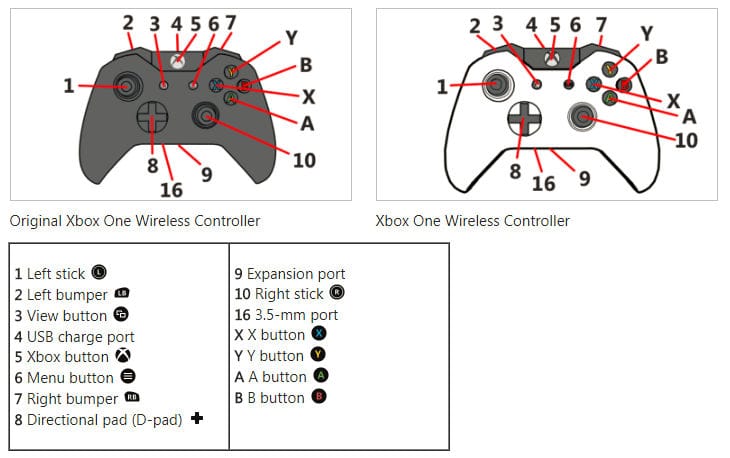 The bottom and back of the Xbox One wireless controller 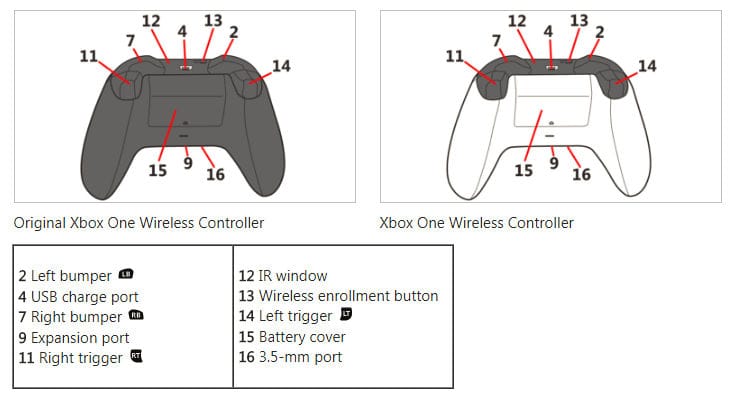 Where can I find cheap Xbox One controller?

You can find great Xbox One controller deals here at Latest Deals as well as voucher codes, discount codes and the latest offers from massive retailers like Tesco and Currys to online gaming retailers such as Game and CEX.

Price comparison of the Microsoft Xbox One Wireless Controller - Black from pricerunner.co.uk

Xbox One Asda deals are quite limited. The Xbox One Wireless Asda deals include either the colour black or white with a tag price of £55 and stocks are always running out. They do have a decent line up of Xbox One games though. If you want more choices, Argos Xbox One line up is quite good and you can choose from different colours and designs as well. With prices ranging from £24.99 to £64.99 and some with discounts ranging from £5 to £8, you will never run out of options for sure to save money. Plus if you’re looking for a cheap Xbox One console, they often have clearance sales on their gaming consoles where you even have a 12-months to pay option if you have an Argos card.

Xbox One Game selection of controllers is probably one of the most extensive. They come in all sorts of shapes, sizes and designs, from carbon fibre to Pokemon edition Xbox One controllers. Their cheapest controller priced at £24.99 is already a Pro Ex controller while the Xbox One Wireless Controller Official Dusk Shadow is the most expensive at £199.99. They also offer free UK delivery on all controllers.

You can charge your Xbox One controller using a micro-USB which is not included. You can also use AA batteries (standard or rechargeable). In addition, when the micro-USB is plugged into your controller for use in wired play, it’ll shut off the internal radio and all the data will be transmitted via the wire. So when it’s in this mode, you can use your controller without batteries.

Furthermore, to aid in conserving the life of your batteries, the controller has a low power state feature when it’s not in use. This prevents it from draining the battery’s energy when it’s away from the console or while watching movies.

Note that this applies to both individually both and controllers that came with your console, just make sure that it’s still under the standard 90-days warranty.