Warner bros is the best instant entertainment portal based in the UK. This is the ultimate home for WB movies, TV shows, games and many more. Here you can easily avail of all the latest releases like the award-winning Joker, all episodes up to season 8 of Game of Thrones, sci-fi Doctor Sleep, brand new women action movies like The Kitchen, psychological thrillers like The Goldfinch, The Good Liar and many more. If you are a classic entertainment lover then this is the best portal for you, explore their classics collection to never miss out. Get all the chosen entertainment pieces at the lowest price using Warner bros discount codes and special offers from the Latest Deals.

Treat yourself to a scary movie for Halloween. Not a huge selection but some good films among them. DVD's £4.99/ Blu-ray £7.99 before discount and free standard delivery too...
20% offDiscount Code

20% off Orders with Code

10% off for New Customers

20% Off HBO titles Get him something he really wants this Fathers Day. These HBO titles at 20% off make the perfect gift...
20% offDiscount Code

25% off on Family Favourites DVD & Blu-Ray at Warnerbros

25% off on Family Favourites DVD & Blu-ray at warnerbros use code on site at checkout for 25% off all DVDs and blu ray...
25% offDiscount Code

Get 25% OFF #LEGO video games and receive a FREE SHAZAM Mini-Figure Just use code: LEGO25 at checkout Warner Bros. Interactive Entertainment is the video game division of...
25% offDiscount Code

20% OFF #TheBigBangTheory Seasons 1-12 on DVD just use code BINGE20 at checkout. Leonard and Sheldon are brilliant physicists, the kind of "beautiful minds" that understand how...
20% offDiscount Code

20% Off selected batman films Dark Knight. Caped Crusader. Worlds Greatest Detective. Whatever you know him as where you know him from the blockbuster movies, TV shows, games...
20% offDiscount Code

10% off Your First Order at Warner Bros Shop

10% 0FF when you use code:WELCOME at checkout* *Terms and conditions apply Free soundtrack only with orders of Ready Player One...

10% off Your First Order

Choices Of 2000'S Movie At Warnerbros

If you're a fan of 2000's era movies, then Warnerbros has just announced their slate of films and it's going to have you excited! There are some great titles on the list, including several that have already become classics. So if you're looking for something to watch in the new year, check out what Warnerbros has planned!

THE LORD OF THE RINGS: THE RETURN OF THE KING 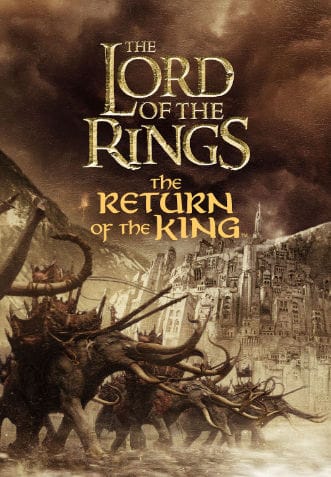 Are you a fan of the Lord of the Rings?

The Lord of the Rings: The Return of the King is a 2003 epic fantasy adventure film directed by Peter Jackson. The conclusion to Tolkien's epic masterpiece is finally here! In this final installment, Frodo and Sam continue their journey towards Mordor with Gollum as their guide. They must reach Mount Doom so that Frodo can destroy the One Ring before it falls into evil hands.

This film has everything they love about Middle Earth--drama, action, adventure, romance...and more drama. It's an epic conclusion to one of their favorite trilogies ever made. This film is the most Academy Awards won by a single film, and is the current record for the highest clean sweep at the Oscars. 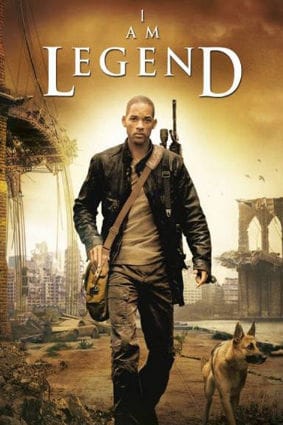 You're the last human alive. What do you do?

I Am Legend is a movie about what happens when there's no one left to take care of business but you. It's a story about how far they will go to survive and what it means to be human in a world where everyone else has turned into something else.

Will Smith stars as Robert Neville, an army scientist who was working on finding a cure before the virus spread across the globe and transformed most of humanity into bloodthirsty creatures that only come out at night. Now he spends his days hunting them down with guns, grenades, knives--whatever works--and burning their bodies so they can't infect anyone else. At night he barricades himself inside his house with every weapon imaginable just waiting for dawn so he can start all over again. This movie is full of action, drama and jump scare moments. So if you are looking for a good movie, then this one is worth watching. 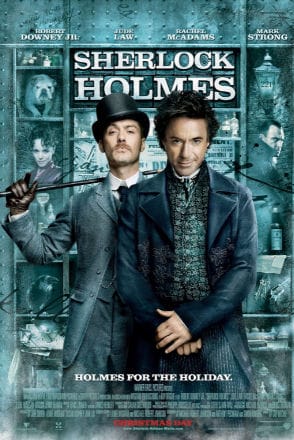 Are you looking for a new movie to watch?

Sherlock Holmes is an all-new take on the classic master detective. Robert Downey Jr. plays Sherlock Holmes, and Jude Law plays Dr. John Watson. The two are unequalled in their pursuit of criminals, relying on their singular powers of observation, remarkable deductive skills, and the blunt force of fists. They arrive just in time to save the latest victim and uncover the killer – who turns out to be Lord Blackwood himself! This great detective movie has won multiple awards already!

It’s one of the best detective movies ever made! It’s not only entertaining but also full of action and suspense with a twist at every turn!

The Harry Potter series is now available on Warnerbros. This series will take you on an incredible journey through your imagination. The Harry Potter movie series is a classic and they wanted to make it even better for you! At Warnerbros, you can binge-watch all of the movies in one place. No need to go buy each DVD or Blu-ray separately; they're all right there for you on Warner Bros' website. So go and check them out. 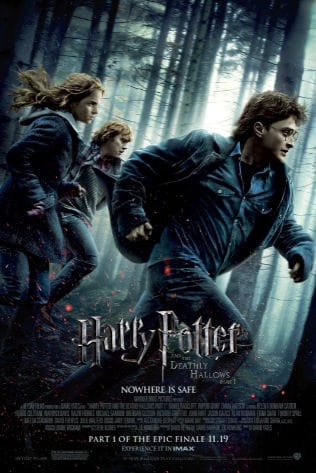 If you love Harry Potter, then this is the movie for you.

The Deathly Hallows Part 1 is a great way to get your fix of all things Harry Potter while waiting for the next film in the series. It’s got everything that makes it an amazing part of this franchise – magic, adventure, and even some romance!

It’s better not to miss out on seeing Harry Potter as she fights alongside Ron Weasley, Hermione Granger and Professor Dumbledore against Lord Voldemort himself. This movie has been called “the best one yet” by many fans so go and watch it! 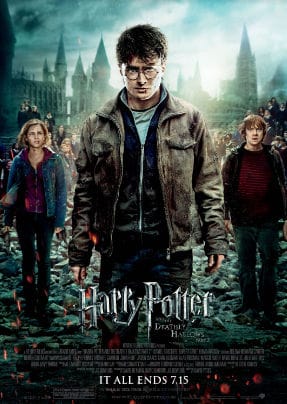 Are you a fan of Harry Potter?

The final installment in the Harry Potter series is now available on Warnerbros! Watch as your favorite wizard and his friends fight for their lives against Lord Voldemort. The whole wizard world is at stake. This movie has it all – action, adventure, romance, suspense…and even some humor to lighten things up.

It’s got something for everyone! You can watch it again and again and still enjoy every minute of it. If you love watching Harry Potter movies, then this final installment is worth checking out.

HARRY POTTER AND THE HALF BLOOD PRINCE 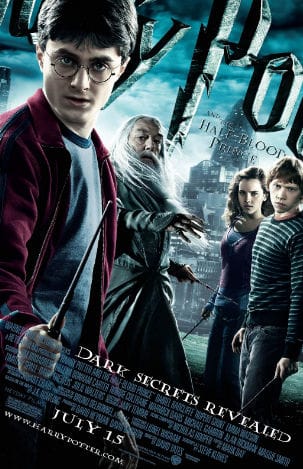 If so, Warnerbros has something exciting for you! The latest installment of the series is here and it’s just as magical as all the rest.

With the return of Voldemort, there’s a huge havoc in both muggle and wizard worlds. Harry suspects new dangers lie within Hogwarts. Dumbledore, racing to prepare Harry for a final battle that he knows is fast approaching. This movie is full of magical events, actions, romance and drama. You will witness the changes of relationships among all the characters. So if you are a Harry Potter fan, then this movie is worth watching.

Choices Of Animated Movies For Kids At Warnerbros

Do you have a little one that loves animated movies? If you're looking for a great animated movie to watch with your kids, then look no further. Warner Bros has many options available on their website that are appropriate for all ages. Animation is a great way to keep kids entertained, and Warnerbros has a lot of great movies for your little one. They have everything from super heroes to monsters, so you'll be able to find something that they will love! Not only are the movies fun to watch, but they also teach important lessons. 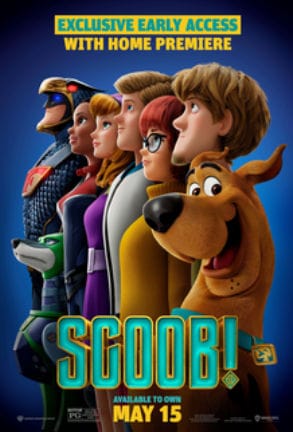 Do you love Scooby-Doo?

Warnerbros knows that you’re a huge fan of the original series, and they think it’s time for something new. There are so many mysteries to solve out there in this movie, and they want to take your favorite characters on one last adventure before they retire.

You can expect all of your favorite characters in this film – Fred, Daphne, Velma… even Shaggy! And don’t worry – Scooby is still at the center of everything. He might have an epic destiny now but he’ll always be their lovable pup with a taste for snacks. The gang discovers that Scooby has a secret legacy and an epic destiny greater than anyone imagined. And they’ll need to use all their skills to stop this global “dogpocalypse.”

THE NUT JOB 2: NUTTY BY NATURE 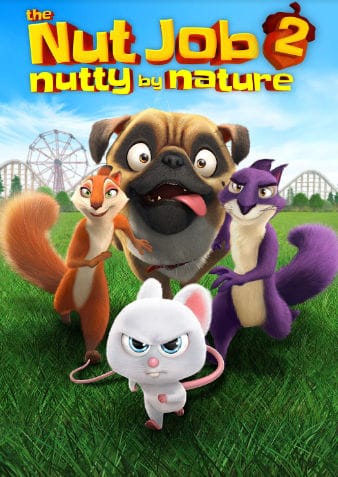 Are you a fan of the original Nut Job? The sequel is out and it’s just as fun and action-packed as the first one.

If you loved the first movie, then this is definitely something that you won’t want to miss. It has all of your favorite characters from the last film plus some new ones too. You can expect to see plenty of laughs, adventure, and even a little romance thrown in there too.

There are tons of great movies coming out but trust us when they say that THE NUT JOB 2 will be one of them. Make sure not to miss this fun adventurous journey. 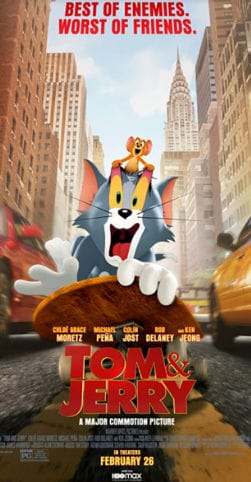 Do you want to watch a hilarious movie this weekend?

Tom & Jerry The Movie is an ideal family film! It’s packed with action, adventure, and comedy that will keep everyone entertained. This movie is fun!

It’s the first time that Tom and Jerry have been on the big screen in over 50 years. You can watch as they take their cat and mouse game to New York City. With an all-star cast including Will Forte, John Leguizamo, and Michael McKean - it’s gonna be an epic adventure. So go and check this movie out.

On average a new discount code for Warnerbros is shared every 63 days. In total we have had 20 new promo codes for Warnerbros. Get vouchers.

How do I find a working Warnerbros coupon code?

We have over one million members regularly sharing, updating and expiring Warnerbros codes to make sure they work.

What are the best Warnerbros offers?

As well as vouchers, our members have also shared loads of Warnerbros deals and offers. See them here.

What can I save by using a voucher at Warnerbros?

The best discount for Warnerbros we have at the moment is £5 off.

You can sign up for a free Latest Deals account and share any Warnerbros codes you find. To thank people for sharing we reward our members with Amazon vouchers.

What is the best way to stay updated about new Warnerbros discounts and codes?

We recommend signing up for Latest Deals which will automatically subscribe you to our email newsletter. Every day we send out a lovingly handcrafted email with the best deals and offers (including Warnerbros). Alternatively you can download the Latest Deals app.
What people think of Warnerbros

JandE86a year ago
I am a fan of warner bro films and it is in one of my bucket list to go and visit have the studio tour in Watford. Whattta busy place with a hefty queue to enter but once in the whole place it is mesmerising and just loads of fun. A must for a Harry Potter fan. I'm no fan but I enjoyed the whole tour. The butterbeer ice cream is one to try for sure, i can recommend too...
We use cookies (e.g. personalisation, analytics, social media). Find out more.