Film You Could Watch Again and Again?

Bossclaz
1 month ago
What do you think of this?

Dirty dancing, geese, fame, pretty woman there are a lot more but these 4 films I will watch over and over. I don't get fed up with them. Whats your best ever film.

For me two of my favourite movies are Robinson Crusoe on Mars and Galaxy Quest. At least at the moment I think 3 years earlier I would have said different films and perhaps 3 years from now different again.

For me it would be the Green Mile. What film would it be for you?

Love that film. Got to love Stephen king

chelseaturpin I so agree I cried at end xx

Such great taste so agree x

Dirty dancing! Love love love it. Lost count how many times iv watched it over the years.

Perfection that's all I can say

I must be older than all of you! The most modern film would be The best exotic Marigold Hotel (1&2).

I love anything Gene Kelly, particularly 'On the town' & 'Anchors Aweigh'. Doris Day - any of her films (and she has done many of them). Howard Keel in Show Boat or Seven Brides for Seven Brothers. Casablanca and saving the best for last... The quiet man with John Wayne & Maureen O'Hara. 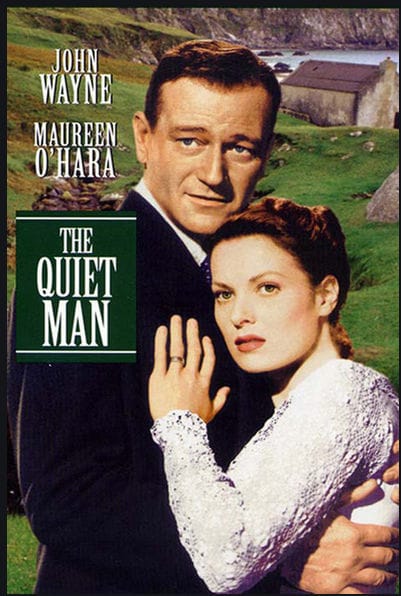 I adored The Quiet Man watched when I was very young! I would probably watch it now if I were channel hopping and found it. However, it is totally impossible for me to choose just one film, it would be more of a top 10 which would include Gladiator, Last Knights, Far and Away, Anna and the King, Hacksaw Ridge, PS I Love You, (I will watch anything with Gerard Butler!). Ben Hur is one of the few older films I can watch over and over, the Charlton Heston version as I did not like the new version.

Lynibis We have a DVD of The Quiet Man and watched it last week as we both love it. Old films (in my opinion) are far better than the newer films but that's probably because I am old!

tumblespots so am I lol but I have to admit I find films very dated if they are pre 2000. On Sunday I watched I Am Legend, Will Smith, with my son and his family. He was gobsmacked when I told him it was a remake of The Omega Man and afterwards we played a little of it, laughing our heads off at how dated and unbelievable it was.

Lynibis I'm a bit dated myself

Lynibis Ben Hur is great, and that gif is of quite an emotional scene. I am interested in finding out what film the OP would choose however.

RegularComper90 doesn't often come back to topics. I can't stay away if I get a notification lol.

There's not many films that I watch more than once, but I will put on A Clockwork Orange or Pulp Fiction every so often.

But the one I do watch every Xmas is Elf.

Bridesmaids, gladiator, dirty dancing and grease amongst a few I dont have just one favourite

My favourite film which I have watched more than 10 times is cinema paradiso. Sadly, Ennio Morricone passed away a few days ago

Got to agree with shawshank redemption

The newest version of The Lion King... or anything with Channing Tatum in because he’s so pretty to look at - Magic Mike, Dear John, 21 Jump Street, White House Down..

I like The Fifth Element. It's a fun film and still looks great. I own this film on Blu-ray, but still watch it when it's on TV.

Sunshine on Leith. It’s got that feel good factor you take away. I watch this whenever life gets tough.

That was a good film loved the songs x

Anything with Johnny Depp in or by Stephen king. (That only overlaps in secret window). rewatched pirates of the Caribbean last night got to love Johnny Depp.

mine are all horrors lol.

people under the stairs ..

as you can tell this is a long list lol.

Johnny Depp first movie got to love it

Go on then Bossclaz what do you absolutely love and watch over and over again?

there are lots of good ones, especially the older films. I would have to say shawshank redemption may be one that never gets old

Love that film the ending was so great x

Lion, Trainspotting, Lady Bird, Whiplash are among my favourites. Each of them has a real life application imho. If anyone can watch any of these please do

I'm a massive 80s fan so Goonies breakfast club some kind of wonderfull ghostbusters back to the future dirty dancing but nothing beats the Goonies god I love it hey you guys!!!

watched it so many times when my son was little,Twister is another good one,Jumanji of course,I enjoy all of them.Moulin Rouge..love the music...

Sunshine on Leith. It’s got that feel good factor. It’s a musical set in Scotland and some really catchy tunes.