there seems to be A LOT of deals being posted for amazon recently and surely I can’t be the only one who is bored/tired of seeing them. Isn’t there a limit on posting a certain amount deals from the same retailer?

just looked at how many posts that have been made for amazon and it’s 186,617 posts!! Compared to other well known retailers like marks and Spencer’s for only 2891 or for The Range for only 709 posts.

what are your thoughts on this?

summa68
8 days ago
What do you think of this?

Amazon offer some amazing products at good discounts. If you see argos or other big retailers with similar discounts amazon price match just like currys. Amazon offer next day delivery some items same day. I must say am a amazon fan and will say in toxic relationship with them

because nearly every day something is being delivered

I don’t mind seeing deals if they are good deals but I really don’t find Amazon good value at all, I much prefer eBay, can always find things cheaper on there!

AliceBell64468 I agree, most of the time when searching for an item eBay works out cheaper

I tend to agree with you, I always check out prices elsewhere before buying anything. I haven't bought anything from Amazon for a few years.

It's worth remembering that there's a lot more to Amazon than just Amazon itself.

One of the reasons Amazon deals are so popular on here is that in 2019 almost 90% of UK shoppers used Amazon and 40% had access to its Prime subscription service (Source: The Guardian). It'll be much more now!

Another is that Amazon make lots of their transaction data freely available, so it's easier to track the good deals and price movements on Amazon than it is on many other retailers' websites.

That said there are loads of other retailers' deals on LD too.

They're the most well known who have great prices and free shipping whereas others tend to charge for the delivery.

for me when I go to find something on amazon most of the time I have to spend over £20 to receive free delivery or pay for prime. I personally dont think amazon is known for its free delivery, i always think of eBay. It shocks me when I do find an item on amazon that is free delivery

Some have been banned from buying/using Amazon due to too many returns (there's no exact number) so I'm always cautious when using it and I rarely buy from Amazon these days.

summa68 most of eBay items actually are shipped from amazon I have had few items before purchased prime and I had demanded either price refund of difference or returned item. i have been sitting in a cafe and a man or woman has been sitting in front with laptop with a sale on eBay then purchase from amazon and direct ship. I also have a friend who does this and to me seems so much work for little money time fees taken out.

If you don't have Prime (for delivery at no extra cost) try using the LD Amazon Free Delivery Tool: https://www.latestdeals.co.uk/amazon-free-delivery

Alternatively simply add something you might normally buy anyway (like batteries, toilet paper, conditioner, or a bottle of gin) to reach the £20 free delivery threshold.

PhilipMarc this is one seller I have saved 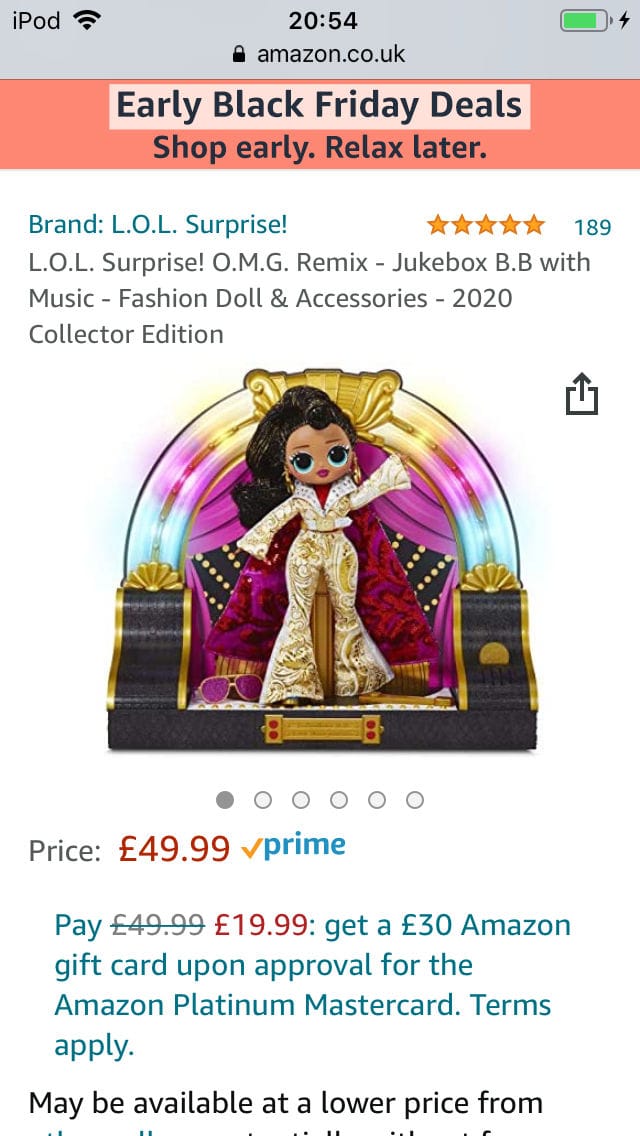 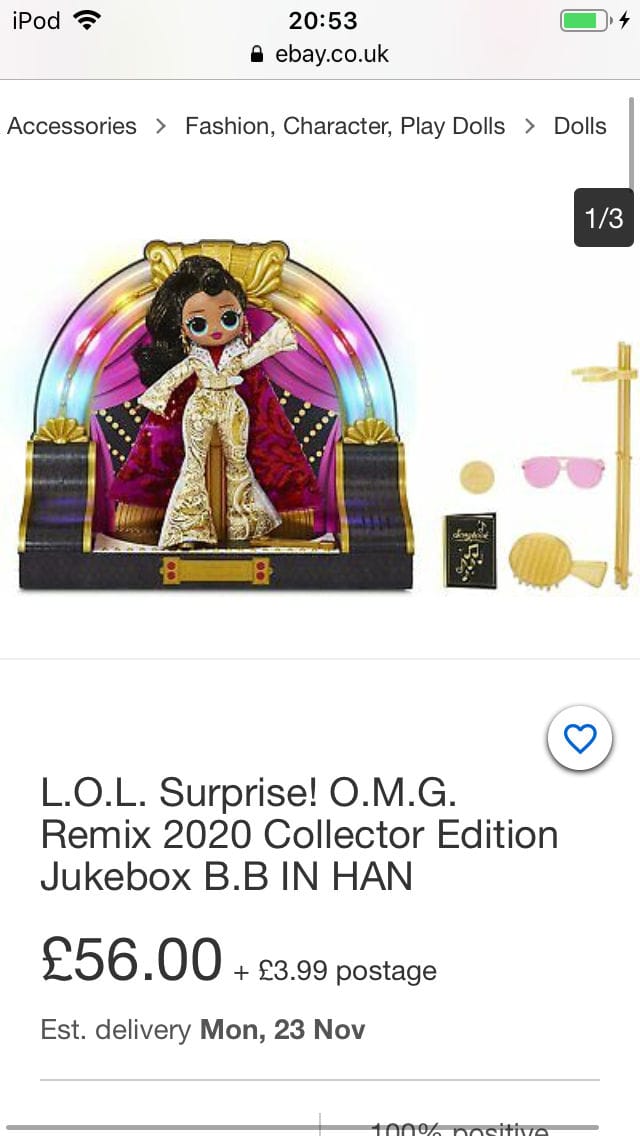 Johnny I understand what you’re saying but why would I buy stuff I dont really need just to make it go over a certain amount for free delivery when ebay sells it the same or cheaper with free delivery.

summa68 Just do what's cheapest for you. Personally I prefer Amazon to eBay and use Prime so can order almost anything whenever I want without paying extra for delivery. It's very handy for cheap items like £5 drain cleaner, or A4 printer paper. 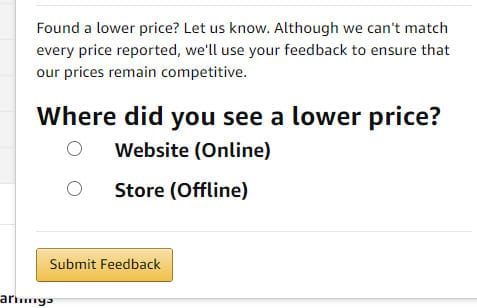 It's surprising how often and fast Amazon will drop their price to match or beat their competitors, once they know it's cheaper elsewhere!

Johnny I agree with you that if you have prime then amazon is great with the free delivery. also with amazon constantly changing their prices it is always worth keep checking.

Top tip when you click through to the Amazon page (that the link directs you to ) scroll down to "products related to this item " or to the menu at the top of the page and you will invariably find the same thing cheaper .

I appreciate those who post great Amazon deals. I bought Clipper Fairtrade Tea 1100 bags so much cheaper than any supermarket. Please keep posting these great deals.

Sadly the "posters for points" flock to them as it is so easy to "click and paste" a non-deal in seconds . Amazon market place deals are always at a discount because of the totally fictional made up original price .

Unfortunately in their rush to post many posters do not even pick the cheapest item to post . As we all know most of the Chinese tat on Amazon is sold by multiple sellers at varying prices for identical items .

Well, it seems like it may be quite useful for most people on here, especially if you have any amazon vouchers to spend

I rarely post anything from Amazon for that reason, as I assume someone has already posted them. But I do buy a lot from them, mainly due to convenience as I have Amazon Prime. At one time I had a package delivered nearly every day, but have cut back to maybe one or two a week as all the small amounts were adding up

Personally the deals I post reflect my shopping habits and what I have been looking at to buy, recently lots of geek stuff as I have been shopping with my son in mind.

i love amazon! fast delivery most the time its free to! a deals a deal lol

Unfortunately I don’t have prime so very difficult for me to find items that have free delivery without paying for prime or spending over a certain amount.

summa68 have a look on the prime part on your account they gave me 60 days free!

I think this site is for more people than just for you , if you do t like the deals why not just stick with your eBays deals then ??? Many people appreciate amazon deals being posted , and these deals are for them . If you don’t like it sorry but no sorry ,just scroll it down . why don’t you post great deals from M and S or other retailers then instead of complaing ?

Just thought I’d get others opinions on this. It would just be nice to see more of a variety of deals Because there is more to shopping than just on amazon

summa68 loads of sellers on ebay got great deals on amazon and selling them double price , I know it for fact as had many items from amazon which were Mis Priced or glitched , and people from other deals sites were buying loads to sell on eBay for big profit ,tgats One of the reason I stopped buying on eBay personally as I know they were from amazon for much Cheaper

loveglitches I’ve personally not experienced this i shop around first to find the best deal, I’m sorry that happened to you. I’m not saying that amazon don’t do great deals because sometimes they do but all I am stating Is that there seems to be a lot more amazon deals being posted recently as a conversation topic and asking what peoples opinions are.

summa68 another example as amazon likes to match prices , there was this great deal on Gucci bloom perfumes at JL so wanted to buy it but didn’t want to pay postage so kept checking Amazon till it matched the same price and as it was above £20 the delivery was free , also with amazon is safe to shop as often without the reason you can just return the items , they don’t even check , as soon as the courier scans the return label you get money back . Or re early ordered coffee capsules but they didn’t fit my coffee machine , wanted to return them without any problems next day had money back and they said not to bother to send them back . eBay has free delivery but they add few £ extra to the price so it covers It , I know as I also sell few items not on eBay somewhere else , and to get people interested I offer free postage but obviously price contains the value of postage .

loveglitches I’m not saying amazon doesnt do great deals. i agree sometimes amazon does work out cheaper for some items. All i was saying is that it would be nice to see more of a variety When people post deals.

“to be eligible the item should be available and in stock on amazon, curry’s, Argos, Asda, John Lewis or tesco“

“both items should be exactly the same and currently in stock”

hope this can help some people.

Amazon is the biggest shopping website then what do you expect?

There are loads of other Large companies to choose from. It would just be nice to see more of a variety

summa68 I know but nowhere near amazon. Also if you have prime then its hard to even look elsewhere

Getsome I agree with if you have prime then amazon is a great choice. It just can be a bit annoying when you see amazon deals being posted but not free delivery unless you have prime or spend over a certain amount, when therefore it turns out cheaper for some elsewhere.

summa68 Yeah I agree its annoying but they want you to have prime so the best deals will be with prime. I don't really look elsewhere as I get annoyed with delivery charges, I like paying a yearly cost knowing I have free next delivery for the entire year.

Love amazon deals,we have prime,so we do use it quite frequently.I've managed to purchase a lot of items a lot cheaper than anywhere else,also very convenient to buy products for my furry friends,my daughter's gecko needed some eye drops&amazon delivered them within 24hrs,can't ask better than that x