Braddock apparently took issue with the implication - that her beauty was in the past - as well as Elphinstone's follow-up: "You have a very good autumnal face... but you must acknowledge that the lilies and roses are somewhat faded."

The exchange led to a duel between the women at London's Hyde Park soon after. Each had a pistol, and Elphinstone reportedly hit Braddock's hat. They were then handed swords and, during the exchange, Elphinstone was struck on the arm. At that point, they'd both gotten some level of satisfaction, and they ended their confrontation. 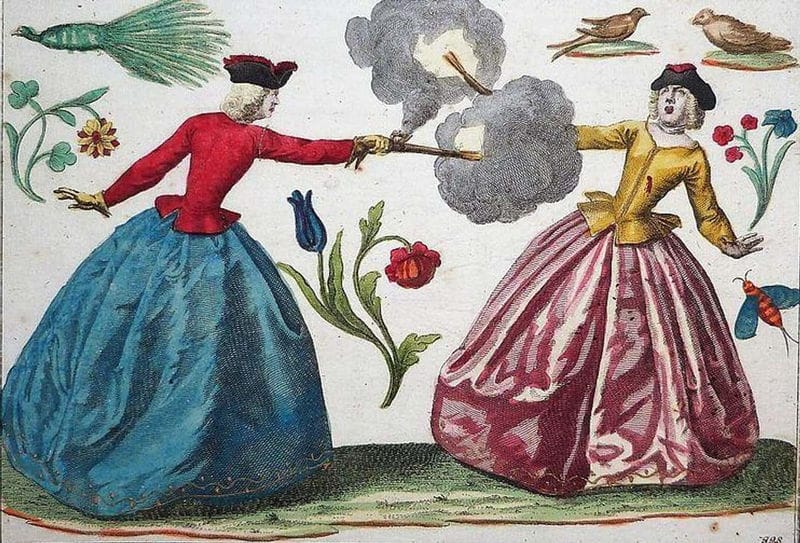 MelissaLee1963
2 weeks ago
What do you think of this?

Hat Pins at the ready T.

Except to me T.I love a bit of flippancy.

MelissaLee1963 Only on pancake day M

Ooooh er, in the picture it looks as though the one in the yellow bodice has been shot in the heart! Glad the outcome was not too serious.

Probably too much lambrusco on the lawn lol.

And the boys so logical lol 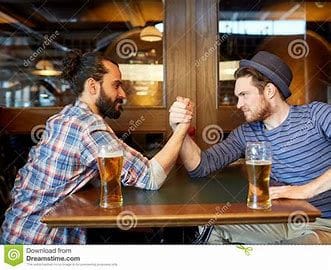 I had a friend who was double jointed..just locked in and beat everyone.