Chocolate You Buy at Christmas Only

Personally I eat a lot of chocolate all year but special ones at Christmas are liquors, Benedick's Butternuts and/ or selection,and Elizabeth Shaw mint crisps....

My dad used to get me boxes of fruit flavour creams and chocolate ginger too....

What do you all get as a special treat?

Sarahvwomble
1 month ago
What do you think of this?

I love Quality Street, Celebrations and Heroes. We have those every Christmas without fail.

Used to have the big time of QS as a kid, when they were metal and decorated with the regency ladies and soldiers....

Ferrero Rocher."Ambassador,with these Rocher you are really spoiling us".

That takes me back too,to the advert and my grandmother and grandfather who were fans and use to give me the empty boxes!

For my it was walnut whips, you only saw them in the shops at Christmas time, it's not the same since they removed the walnuts.

Thanks I will look out for them I've seen whipps

It never crosses my mind to buy after eights at any other time than Christmas.

After eights have to limit them could eat them all day every day.

Oh yes they are very like that, I get the supermarket own brand ones, bit thicker chocolate and no dairy, at a £1 a time you are even more tempted.... 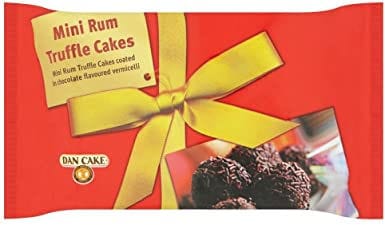 You can also get Orange or Mint ones In Morrisons, but they are hard to find.

in jail they gave us after eights around christmas time. I thought they'd be be gross but they were actually pretty good.

Turns out that in-prison mint isn't as bad as I expected.

It’s all about the Ferrero Rochers for the festive period - Lindt Lindor balls are also another popular one, but nothing beats the ferreros

I usually buy Lindor and truffles around Christmas. There was a special chocolate pudding I had last year where there was a mini chocolate 3D village on the top

Oh that pud sounds amazing, where was it from? Wonder if it will appear again this year?

Sarahvwomble It was from Asda, I hope it'll be there this year. There were houses made from dark chocolate, a Christmas tree in the centre that was painted golden and icing sugar was sprinkled on top to make it look like the village was snowing

My husband loves Quality Street and HAS to buy a tub probably once a week from October until December and uses the excuse “it’s Christmas!”

I don’t understand the hype with them and get bored of them very quickly..

Used to adore them as a child but my tastes and ethics different now,think it's the charm or variety and pretty shiny wrappers!

Terries orange... always a stocking filler. Mind you I do have one now... so guess not just at xmas. But still rarely otherwise, and always at Christmas. 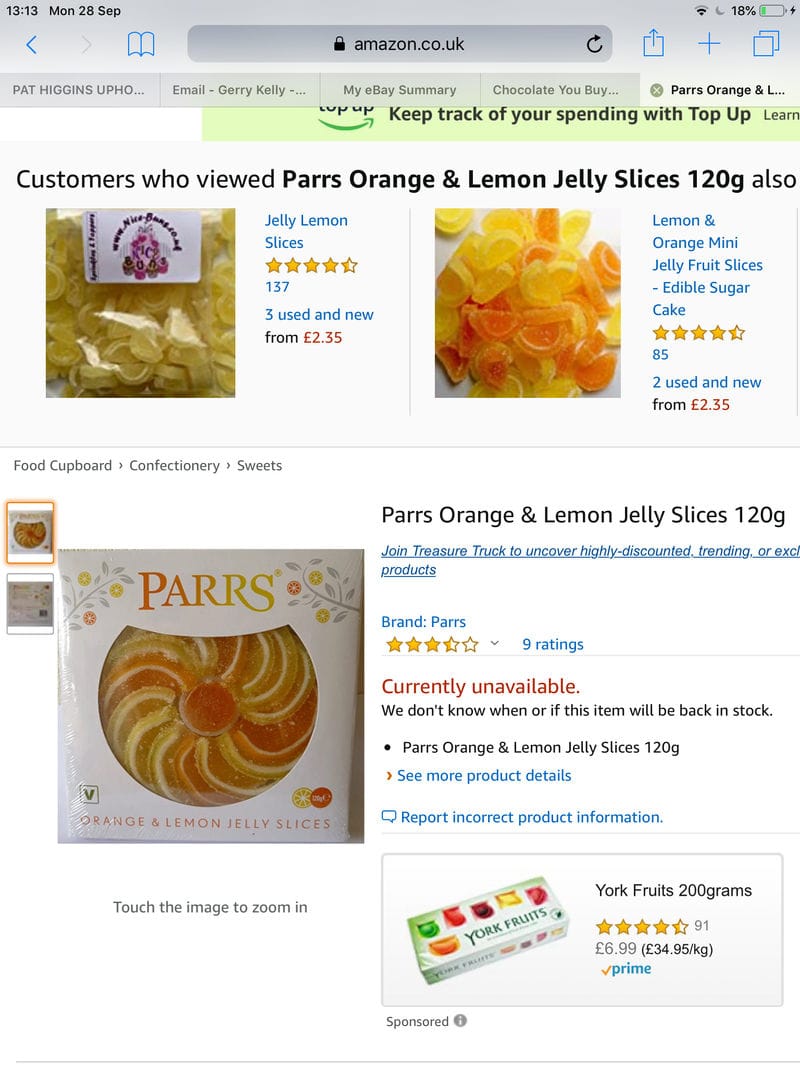 Ooh Orange and Lemon slices! My favourite. I couldn’t find them in stock last Christmas, and then saw them on sale in The Range in April! But I think the ones I saw were made in China and/or looked cheap, so I didn’t bother.

You don’t seem to see them in the shops anymore do you Johnny? I think they used to be on sale at the greengrocers, next to the obligatory net bag of mixed nuts!

gerrykelly25 No. I agree. Hard to find, even in good delis. Shame. I can't resist them.

Johnny gerrykelly25 do Home Bargains stock them ,sure seen somewhere

Sarahvwomble you are the research queen! Many thanks

Sarahvwomble Thanks, the problem I think is that these Candy Cabin Orange and Lemon slices are very likely made in China. The Parrs ones are made in China, and the Bonds of London ones are also made in China. They just don't taste the same. Like eating a poor croissant compared to a good one made with French butter.

I note that Sunvale Orange and Lemon slices are made in Poland so they might be better quality, but if anyone knows where to get the top-notch 'real thing' please share! It'll make my Christmas!

Newberry Fruits sometimes called York Fruits? But have to say my Dad always buys me a chocolate orange, trying to find the white one but all out of stock in my area...

The limited edition - which was first issued in 2019 - will hit the shelves of major supermarkets including Tesco, Co-op and Sainsbury’s at the end of September, but eagle-eyed fans have already spotted it available now on the Morrisons website.

Originally making the announcement on their Instagram page, Terry’s wrote: “The most eagerly awaited comeback since Take That got together again… We think our beloved Robbie Williams would like to know – the White Chocolate Orange is BACK. Tag him to tell him. While you’re at it, treat yourself to one for a job well done. Available from the end of the month from Tesco, Co-op, Sainsbury’s and Morrisons!”

Sarahvwomble They don't have the white ones in mine - I live in North Wales so we are always the last to get things!

Yes another blast from the past lovely New berry fruits with the liquid centre...used to love Terry Neapolitans ,anyone else? Gutted when they stopped making them

Talking of fruit slices and Terry's chocolate orange,I loved the Terry's jelly oranges, anyone else recall them?

Has anyone tried the gin and tonic After Eights yet? I yet to try them, but they are apparently being sold at B&M. 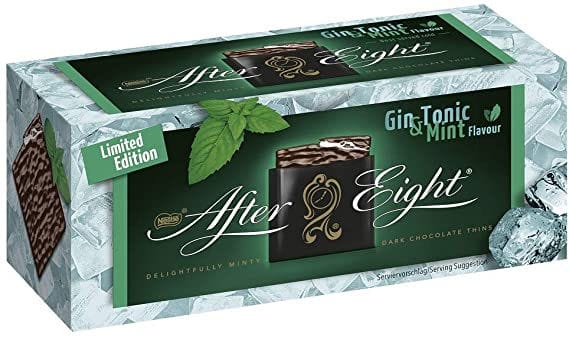 The only chocolate that is on my Christmas list to buy is chocolate covered Brazil nuts for my brother.