Probably the most important court battle this century, but which way are you leaning?

TheChimp
3 weeks ago
What do you think of this?

Aldi and Lidl have got away with this for years so I don’t know if the caterpillars will be any different. They must have a good legal department.

I suppose M&S are protecting their copyright. Next there will lots of Percy Pig sweet copies on the market.

They can't say that any other company can't do chips, so I can't see how M&S can win this case.

MrsCraig ooh I’ll have to try them. My husband sometimes calls in to Lidl.

Pjran my son absolutely loves them! He thinks they are brilliant, would eat the whole bag if you let him

MrsCraig this whole chat has been one big eye opener for me! ... never buying kiddies' sweets I was in blissful ignorance of Henry Hippos or Percy Pigs .... and I wonder how many others???

BORDERJOE Percy Pigs are for all ages! We have to buy 2 bags in our house, one for my son and one for my husband, neither of themikes to share where Percy pigs or Henry Hippo are concerned. You should have a look, lots of tasty sweets to be had

Pjran I saw a few people got those on their sparks card. My mum has a big jar for our son at home. I can just imagine his face when he sees it

MrsCraig OHHHNOOOOOOO !!!!! if I let my hubby into that info, then I'll have no chance with his sweet tooth!

in that case Percy Pigs are only for children!

Initially when I read this story I thought M&S were overreacting, but after looking at the pictures of the caterpillar cakes I'm not so sure. Aldi's one is just like the M&S one. The caterpillar cakes I've seen from other supermarkets look different, they have different faces or decorations. But the design of the Aldi one is almost identical.

I think I'm on M&S's side on this one. Aldi could have done what the other supermarkets did when they launched caterpillar cakes, and had their own design.

I bet the manufacturer makes both. But let’s obtain some news. Some peeps who shop at M&S won’t know who Aldi is

I'm pretty certain that if I did decide to buy a fancy chocolate roll, then I'd shop at Aldi or Lidl simply for costs ...however .... I am 100% certain that I there's no way I would ever confuse the origins of my purchase .... Congrats to M and S on the imaginative advertising of their caterpillar cake.

Hey lynneh ... that made me chuckle to myself ....you may well be right there! But they won't know what they're missing!

PinkElephant26 have you seen they yellow stickers?!

lynneh no, i hardly ever go to m&s. I have a gift card to use there but im not in any hurry, its just far too overpriced for my liking!

PinkElephant26 well I can recommend the dine in is a good deal. They often do other meal deals. It’s a gift card. Treat yo self. X

Am I the only one that doesn't actually like Colin the Caterpillar cake, or any of its imitations? 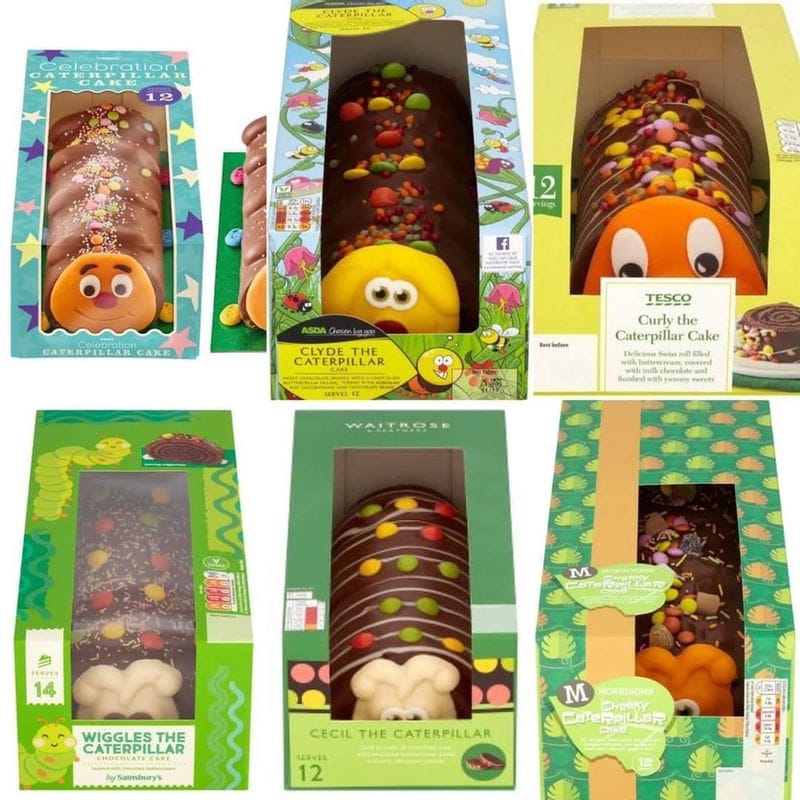 That brings the point home well ... I feel as tho I'm now an expert on caterpillar cakes!

Not a fan of either, although I’m more likely to buy the cheaper one if I had to. I’m sure they come out of the same factories anyway - more mass produced junk just packaged differently

...I'm with you .... go with the cheaper one cos as you say, it probably came from same place .... and then if I don't like it there's always the expensive version

The comments on social media from Aldi are hilarious!

the comment section is brilliant if you want a giggle!

It's been an interesting and very entertaining chat post topic ....what next ......

Aldi and Lidl have copying goods down to a fine art. Many of their labels resemble branded goods and you power tools that resemble the colouring of mainstream brands. I've seen a action camera that had an external case that resembled a gopro and the menu's were very similar, of course it was a very basic action camera with minimal features and poor quality but gave a good impression of its self on the shelf. They walk a fine tightrope between legal and illegal copying of other brands.

I mean if they want to sue Aldi, they might as well bring in the others too. There's Tesco and Asda etc

The free publicity this is generating for both companies will help with legal costs!

I heard this morning that Aldi have said that M&S should drop the legal case and all profits from both Colin and Cuthbert be given to cancer research instead of lining the pockets of Solicitors.

It's hardly up to Aldi to decide that surely, you don't have the criminal dictating to the victim whether they go the police or not.

Personally I find the wholesale copying of other brand's goods pretty disgusting. You see it with Aldi and Lidl and many Chinese manufacturers too. They simply copy the look of more mainstream products in order to benefit from the marketing and acceptance of those products which may have taken many years to develop at huge costs. The consumer often believes somehow the products are related to. I've seen comments from people for the generic Chinese power tools made to look like Bosch models that somehow they are made at the same factory etc. It does seem to work with some people they do connect similar styled products together.

I'll buy a Cuthbert though because MrsChimp loves cake. 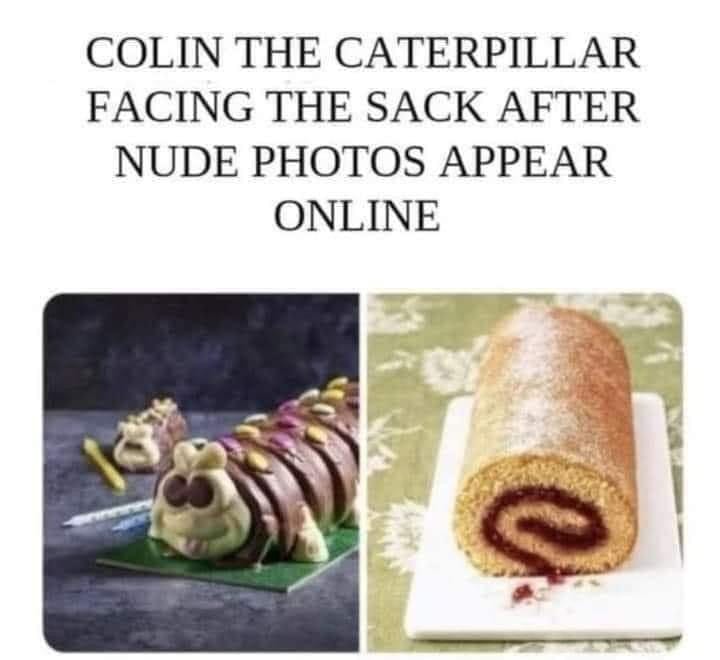 This seems to be getting stranger and stranger

Now even chip shops are getting in on the act, although this sounds truly disgusting. Chippy sells deep-fried Colin the Caterpillar cake 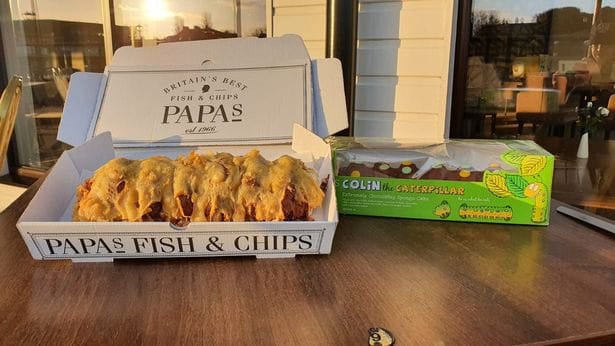 I think it's silly. All supermarkets have similar products and to be honest it's more about the taste of them. I bight one in asda and was awful and dry. Is the aldi one nice? If you shop and Mark and Spencer wil u also shop at aldi? Unlikely