When the famed Thomas Edison was interviewing potential assistants he always invited them to eat soup with him. The ones who added seasoning before tasting were dismissed and those who added it afterwards were his prime candidates. As a scientist I guess he didn't want people who made ready assumptions. 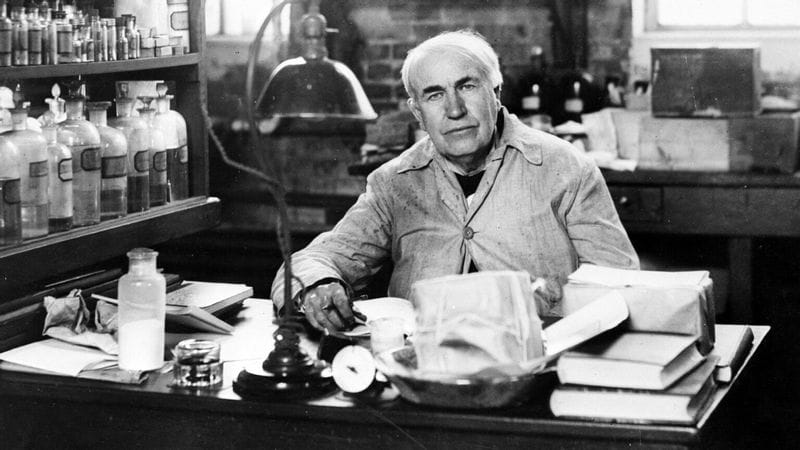 MelissaLee1963
2 days ago
What do you think of this?

You and I both M.I have a pepper problem.

I know a few chefs who would agree, you should always taste it first.

Yes easier to add salt than take it out lol.

You should never add condiments to any meal before tasting it otherwise you could make an overly salty/peppery meal even worse.

My husband always adds seasoning before he tastes my cooking!

Thomas Edison's teachers said he was "too stupid to learn anything." He was fired from his first two jobs for being "non-productive." As an inventor, Edison made 1,000 unsuccessful attempts at inventing the light bulb. When a reporter asked, "How did it feel to fail 1,000 times?"

I suppose the people who fail the most also succeed the most tho T. In NLP we say no failure only feedback ..just an opportunity to amend and improve eh?

try and try until you die lol

Image Going to an interview and getting offered soup. I would be thinking I am not eating soup in my best suit and I am unsure of you hygiene standards. I do not think I would get the job, what if I added salt before trying it then after. In todays world I could probably sue him for discrimination, as a long covid suffering person.

My last interview I was given Earl Grey and lovely cake and a piece to take home as well!

MelissaLee1963 My kind of interview.