Have You Ever Had a Bad Experience with a Dog?

I am a dog lover but when I was younger I was scared of my friends poodle and use to climb on her dining table to get away from it. Have you had any funny or bad experiences with dogs?

eyeballkerry
9 months ago
What do you think of this?

My oldest son when around 9 approached my neighbour (as he was getting his dog out of the car) to show him some tiddlers he had got from the local pond. The dog shot out of the car and grabbed his arm in his jaws, it was an alsation. Lucky he was wearing shirt, jumper and anorak but still grazed skin and bruised badly. Dog was put down next day as neighbour said he could no longer trust it with his grandchildren.

Glad your son wasn’t badly injured but it must have been terrifying.

I was attacked by a neighbours Jack Russell as a youngster. It chased me around the field at the front of our house chomping at my ankles. I had very bruised legs for a lil while but nothing serious. Thankfully I'd grown up with dogs too so it didnt cause any physiological issues either. Can't have done as I now have a JR of my own & he's lovely.

A Moroccan dog. Though, to be fair, I think I annoyed him as he wanted to eat our grapes and I was in his way.

Earlier in that week or before, him and another Moroccan dog were fighting (yeah, really) it was so brutal that he started bleeding and it was hard to watch. On the other hand, the dog attacked broke the jaw of the other, but the owner said it was all down to jealousy.

Really dangerous dogs if you some how p!ss them off or don't know you.

The owner is my uncle and he doesn't teach them to be violent, but they are.

P.P.S. I wanted to feel bad for these dogs, but they always find a way to make me feel like I'm in danger around them. lol

At my friends birthday party her dog squatted and peed on my feet. I hated that dog after that!

Lol.The amount of times a dog has cocked its leg and peed on me.

Never come to my house then! Whenever someone says hello to our dog and strokes her, she pees on their shoes!

laraquinn I never knew that was a thing they are likely to do, should I consider myself privileged?

MrsCraig I’ve owned a couple of dogs over the years and neither did that. Mind you they were bitches.

Pjran our dog is a bitch! She has never really grown up and she does it because she gets excited. It is normally only with men too.

I’ve been bitten by a dog. It was my nan’s dog, who went a bit wild after it was dognapped. It wasn’t her fault. I had no problems petting her the night before, but for whatever reason, she just clamped down on my hand the morning after. I guess she’s been through a lot of trauma

Yes. My deceased grandfather, lovely man, used to beat and rape my grandma before she ran away one day with just a couple of carrier bags of her belongings, who for some reason, used to babysit me, used to set his dog on me. I was 4. It would pin me to the floor, chase me, etc. Needless to say I'm scared of dogs. I live in dog walker central. Every time I try to go for a walk in the fields and meadows by me, I get a dog run up to me, jump at me, etc. I've been chased so many times .... I hate dogs. Really hate them. They scare the crap out of me. One friend makes sure her dog is in a different room and we don't meet; another one always lets it jump all over me. If I could I would ban all dogs apart from police and blind dogs. That's how much they scare me.

I’m a huge dog lover, and used to always stroke dogs wherever I saw them.. someone left a collie outside my work (no lead, just sat like a good dog waiting on his owner), he was looking at me and wagging his tail like he wanted stoked.. I put my hand out to let him sniff it and he tried to bite my hand off

I used to walk my brother's dogs when he lived nearby. One of his dogs 'Bentley' would pull like mad when he was out just because he was rarely walked I think. He was just so excited for going on a long walk but he wanted to attack other male dogs and would pull like mad to get to them. He was a large German Shepard and unfortunately the result of all the pulling was often a sore arm for me and the dog would pull the skin around his neck to the point where it would separate the skin and blood would appear even though he had plenty of fur around his neck. The other dog 'Sam' a female flat coated retreiver you would almost forget was there as she was no effort at all calmly walking by your side and enjoying the walk.

I love dogs but I'm more of a cat person myself. My house is smaller than my brother's and its not really suitable for a dog. I think dogs work better for minimalist homes with a lot of space not my house where I always shoe-horning in more stuff. Saying that my brother's old house was about the same as mine in size and had a much smaller garden. I can see my brother's old house when I look out a rear facing window.

As a child I was in field when a dog got loose from a garden and came out into the field and started attacking people. Me and my friend went up a slide to escape the dog but unfortunately a retarded child was attacked by the dog, it was a short attack before the dog moved on but the retarded child didn't really know what was going on and was screaming. It was all pretty horrible. That's really the only dog attack I can remember.

I take the view myself would I be a good dog owner, would I regularly walk it and not be a lazy git much of the time and the answer is no I would likely not be the most responsible dog owner so I don't have one. I see so many awful dog owners who should never have dogs but do. They don't walk them, they don't train them and the dogs are dangerous.

I haven't had a bad experience with a dog but a rather funny one. She climbed on me and fell asleep....then her cheeks started going.

Your dog had me in stitches Your dog is so cute what's her name and age.

nicolajaynehend He's not my dog. Just a video to use as an example of what she was like.

Every time I used to go anywhere there was a dog close to my house that always made sure to come outside if it was not already to bark to me. That's as close as bad as it gets.

Oh my days, did I have a bad experience with a dog today.

Harvey the doggo was left in the car for a max of 2 minutes, and the smell he'd done when we'd got back in was horrific.

And the windows had been open.

This was his face when I questioned him about it ... 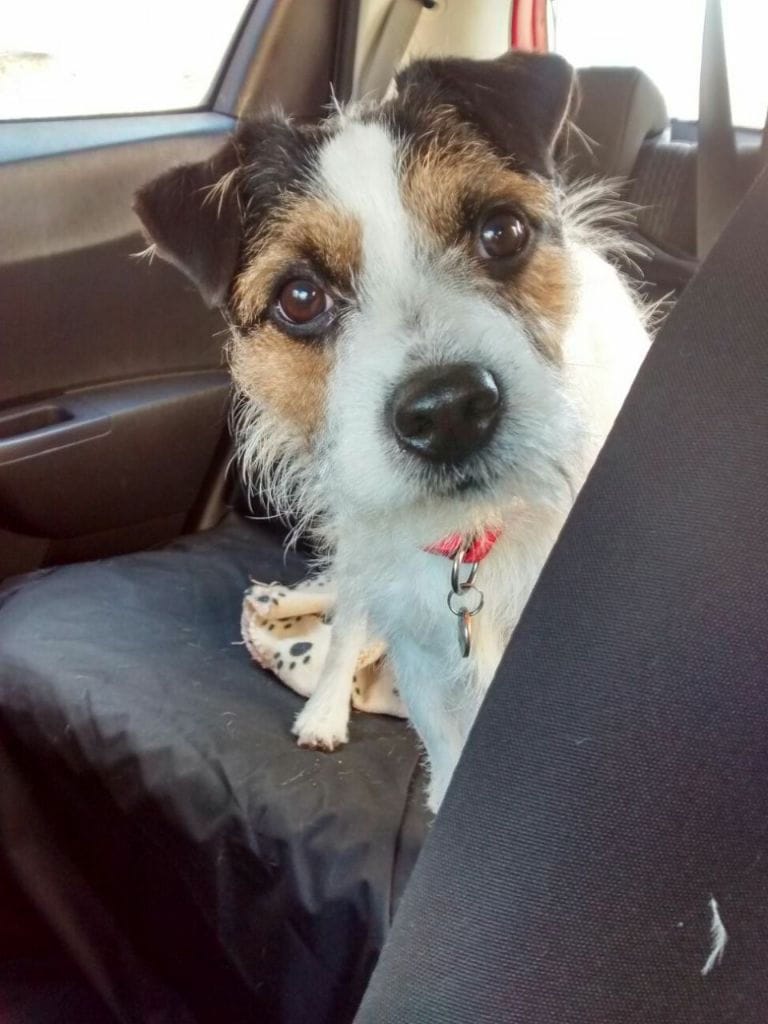 When I was little a stray bulldog kept following me until I walked faster and it ran at me. I ran for a minute or so until it got bored and walked away, it freaked me out

My uncles dog mauled my arm when I was a kid only my dad saved me he would not have stopped. Hade to been put down soon after because he made a attempt at 2 other kids