Have You Met Any Famous People?

What famous people have you meet ? My latest encounter was in a hot tub with Michael Buerk, the newsreader, while being filmed for his pension programme. Also have sung on stage with Bobby Davro and Heather from Eastenders.

eyeballkerry
2 months ago
What do you think of this?

I wish lol. Id love to meet some famous people.

Yes, Brian May and Anita Dobson at the chelsea flower show years ago when I was a teenager. very nice. Robert Plant on my birthday about 7 years ago. He was cheeky and took the mick. Looks very very very old in real life. Not like the golden God of Zeppelin, but I had the p*ss taken out of me by one of Zep, so that's cool and zep are one of my all time favourite bands, so I was on a high. 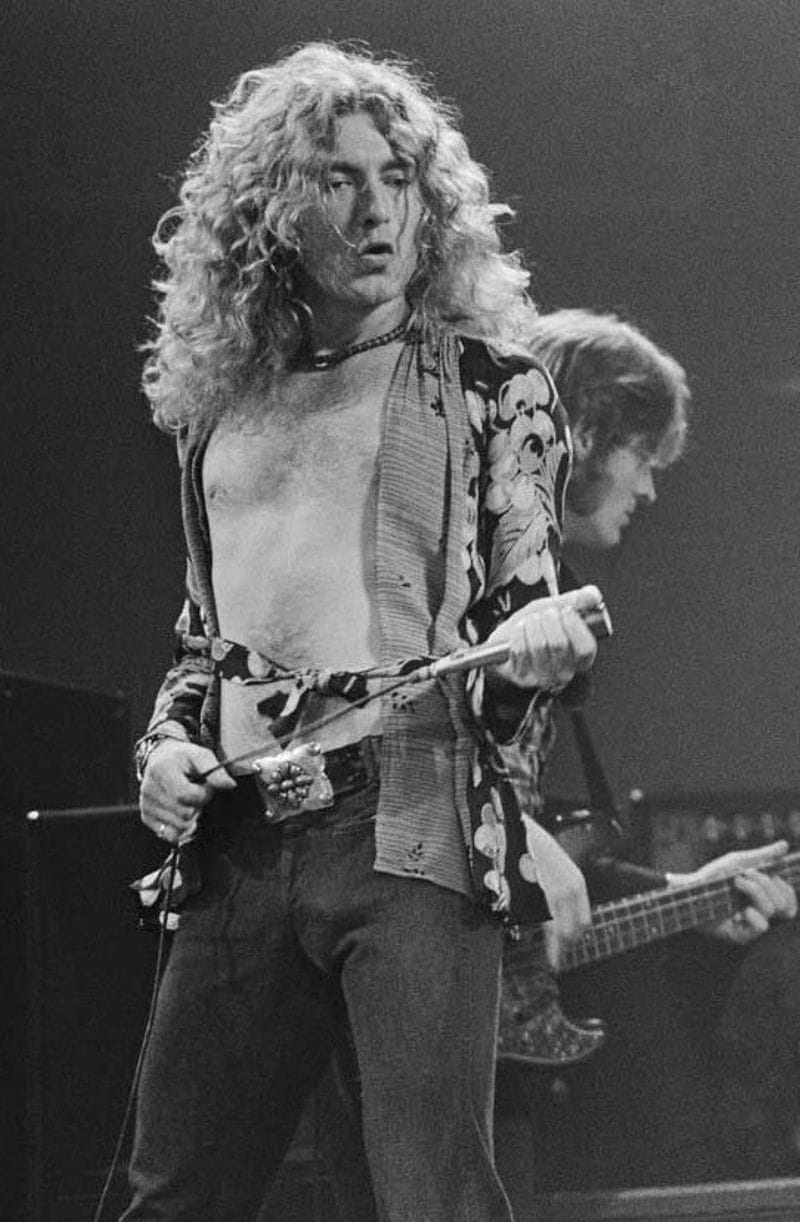 Very jealous. Brian May is right at the top of my list of people I want to meet. I waited outside for hours after the last matinee of WWRY (where he performed), but he and Roger never came out

Just yesterday finished working my way through the Led Zeppelin albums in my car too!

MeestairChrees Brian was wearing bright yellow wooden clogs, black jeans and a black silk shirt covered with electric guitars. his hair was still dark then, pilled up high, curls everywhere. He's very tall. As this was a gardening show, he stood out like a sore thumb! Anita is tiny (like me, my mum and friend who were talking to her). I was about 15 and shocked to see famous people. Robert plant was playing a small warm u p show in my home town. He appeared whilst we were queuing on the landing above us talking the mick out of those of us who were over 3 hours early just to get to the front. I wandered over to him in shock and he took the mick. Funny guy.

Oh I've met Bill Wyman ex stones too. Just remembered. He looked at me, then my mum and said 'mother, daughter' in a pervy voice. And Rolf Harris. Oh dear. He said my very dark hair against my red tshirt was a 'stunning colour'. He was very nice and I had my photo taken with him (oh dear). Little did we know he was a sex offender.

ShellyAnn somewhat on topic, it's interesting that Robert Plant gets away with having has a very young girlfriend back in the day (and I believe Bowie did too) but others have had reputations ruined. Love their music though - nothing can change that. Some interesting memories you've had - wish I had some of them!

MeestairChrees Jimmy page had a 14 year old girlfriend. He says he asked permission from her mum first. But that's well known. Robert liked 'em young but no one ever mentions him. I have to ignore not just what they got up to in the 60/70s with teenagers but their spiritual beliefs too if I am to listen to many bands from that era. Jimmy Page loves Aleister Crowley, who I hate with a passion! Jimmy worships lucifer! Pink Floyd around 68-70 are full of the occult. Most of these people are freemasons and member of various secret societies. I have to try not to focus on that. It can be hard. I've come to the conclusion many of these people are very talented, but not good people and have poor morals. Saying that if anything major comes out about Page or Roger waters etc, then I don't know what to do. Over the last three years it has become harder for me to enjoy a lot of my favourite bands as their belief and mine are completely different.

ShellyAnn I personally don't think it should make a difference. Enjoy them for their talent. You can still be a fan of their music, even if not for them personally.

My best friend is the Spoty unsung hero of 2018 and has meet the likes of Lewis Hamilton, Geraint Thomas and has been on numerous BBC tv and radio programmes. My husband is friends with a Scottish premier league football manager, he knows the lead singer of Snow Patrol and my mil has met numerous famous people from Northern Ireland.

Several. Not that I cared if they were famous or not. They were just people... and it was mostly through work projects:

Anita Roddick, The Body Shop founder - in my Client's office

Clare Blading, Presenter - at Chelsea Flower Show when she visited the Client's stand I was hosting

Alan Titchmarsh - Ambassador for the Client I was working for. My parents have the photo of us on display in their home

Tony Booth - Cherie Blair's father. I think I may have served him a cold cup of tea at an event. I did warn him though. Ever so polite he was

Boris Johnson - London Ambassador Programme during the 2012 Olympic Games celebration on the mall in front of the palace.

Seen, but not personally introduced:

The Queen - visiting my home town

There are probably others, but I can't remember. I know there was an eminent MP sat in my front lounge, when I was a child, but I do not recall who he was. He left some state papers and my father had to return these securely.

My parents had friends who were singers and actors when I was a child, but I had no idea who these people were. They came and went all the time.

I used to be a shop manager for a small electrical and tv repair shop in Yeovil and I'm fairly sure Fred West came in the shop before he was famous for his crimes. He was a slightly un-nerving character and I think where he lived was only about 80 miles away from Yeovil. The only reason I remembered him was he stood in the shop looking at me without talking and then left the store when more customers came in. It just seemed slightly strange behaviour and stuck in my mind for some reason and I think it was only months or maybe a year before he was featured on the news etc.

Also met the actor who I forget the name of but was in I think one of those Flint films and possibly a tv series. I've just googled and he was Edward Mulhare. He came in with another man and they were extremely friendly to each other so assumed they were a gay couple. I didn't have the item he was after and I remember him being frustrated about it but can't remember what the item was.

I also crossed the road once in London and the actress that was in Clash of the Titans as the princess looked at me in disgust when our eyes met, she looked very pompous and self-important to say the least.

That about wraps up my celebrity encounters where I've had any sort of minor interaction with them.

Never met any, Did used to go to school near where the actor Robson Green lived in my early teens & would see him going to play tennis on occasion & driving around.

Whoever I've met have never asked me for an autograph or selfie, which is rather selfish in my opinion

Said hello to Prince Chuck at the top of my road...i got a side glance lol

Selfie with Judge Jules in Arbroath.

It would have been weird if you met Rick Mayall when he was dead, perhaps grave robbing or something.

I saw the lovely Nigel Havers walking in london looking just like Nigel Havers with posh expensive suit and long grey expensive looking coat. As I like rock music and long haired men, Nigel is my unlikely posh totty. I've fancied him for decades.

I never have sadly never been anywhere to meet anyone famous would love to though!! I wish

When I worked in hotels as a teenager we used to get a few famous people staying that I got to meet including Shirley Bassey and James Galway (I was working at a Boutique hotel at the time and he practised the flute in the foyer while he stayed with a companion on piano - made it a fun atmosphere to work in for a few days).

Met Gary Glitter too but that was before all the scandal so we had no idea about him...

A few. Was an extra for a tv show years ago as they were filming at my college so had lunch with a very funny robbie coltrane who is larger than life plus a fair few more. Christopher eccleston one of the nicest and unassuming people i have ever met was a regular at the coffee shop i worked at. A family friend is russell watson opera singer. The late elizabeth dawn (vera duckworth) was a regular at 2 of the shops i worked at and bought my son his coming home from hospital outfit as both her grandchild and my son were Due at the same time. I live in manchester and have worked in a few shops so a awful lot of tv actors and footballers become regular customers esoecially in coffee shops. Michelle Keegan and mark wright i used to regularly bump into as they lived in my town until they moved. And i met bill gates about 24 yrs ago at a dinner with my ex.

That is so cool. I met tge comedian Jason Byrne after a gig and got a meet and greet with one of my favourite bands Chvrches

Ed Milliband in Worcester, we had a brief chat.

Buster Merryfield - in a garden centre restaurant, we felt it an intrusion so didn't interupt to speak to him.

Fiona Phillips - whilst she was filming in Chessington

The Queen - when I got my MBE - sorry, dreaming there. She was at the Royal Windsor Horse Show and a couple of yards from me.

Ruby Wax - in a cafe in Holland Park

Like
Reply1
One of the UK's largest deal hunting communities