Kellogg's Onion Cereal - Would You Try It?

Would you try it if it was available in the UK?

Its only available in the South Korea after a 16 year petition.

In 2004 Kelloggs had asked shoppers in Korea to vote for a new flavour – chocolate Cheki cereal or green onion Chaka.

Green onion got the most votes but it was thrown out due to vote rigging.

Kellogg's thought the chocolate would be an easy victory but the public proved them wrong lol.

Public then campaigned for 16 years and bang here we have onion cereal.

I think would try them just out of curiosity

Getsome
1 month ago
What do you think of this?

Weird, Don't think I would want onion flavoured anything for breakfast even thou I love onions. , Possibly give it a try as a dried snack later in the day thou.

No...but I would love an cheese and chorizo square one...

Interesting, for breakfast in a bowl with milk?

Getsome Not with milk...I eat cereal sometimes like crisp...just chew on them...

I love onions but this is something that I couldn't even face at the start of a day. As you say, I would be curious too - maybe an evening snack?

Omg no! I hate onions at the best of times but really?! onion cereal? who on earth would PETITION for onion cereal?!??!?!

It was to prove a point because it should have won years ago.

Not sure if I would like it but would always try them at least I can say I've tried them if I don't like them. It's a mad flavour though onion.

I've watched many japanese videos on youtube like 'abroadinjapan' and he has shown many weird food combinations there which even to his British taste buds work very well. Even Macdonalds over there have some weird options. So don't knock it until you try it. Sometimes weird taste combinations work very well. They have weird stuff like dancing ice fish, tiny live fish that you can feel swimming in your mouth before you swallow them. Another delicacy is fish prostates or maybe decomposing fish that is up to a year old. A lot more fish related weirdness before you even move onto other foods. Not that I would eat stuff like that myself but prepared to try the weird savoury and sweet combinations they do.

Could you eat cheese and onion crisps at breakfast time?, I could. But they aren't really oniony are they, so I guess the cereal would be similar.

Absolutely not. Also not keen on trying the new Ben and Jerry’s Ice cream that has crisps in it.... don’t like mixing sweet and savoury items

Yes definitely. I like trying unusual food combinations. There are a number of Korean food operators in the UK. I hope they will eventually stock this cereal. 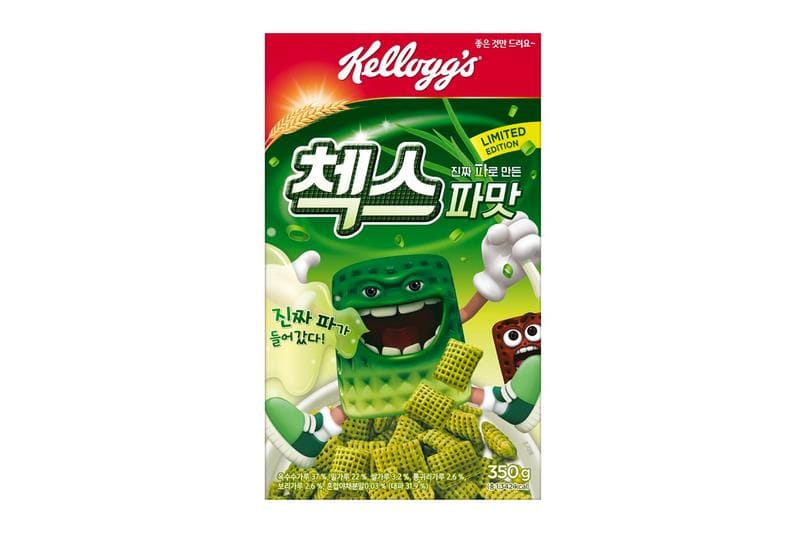 I am a little weird, so yes I would try it. And I love my onions.