Marriage Not Lasting Linked to Social Media Use?

Has social media change this perspective: my grand parents were happily married 60 years even though my grandad didn’t speak English only Italian and my grandmother vice versa. Even though they never understood each other they were very happy.

These days marriage never last like this. I think social media has a lot to do with this. What’s your views?

djpatchy666
a year ago
What do you think of this?

I think there are more availabilities to go behind people's backs now due to social media. And opportunities to be unfaithful that there weren't before. It is very difficult to form a relationship nowadays when there is so much temptation on the phone and you never know what the person you're with is getting up to when you're not around

Me and my OH speak the same language, but I don't understand what she's saying most of the time

I think that she's quite happy just being cooked for.

As for marriage, I'd marry her tomorrow so that she'd definitely get my house and stuff, but she's not fussed even though we've been together for around 15 years. I'm not really bothered, but I do worry that if I die, she won't get anything and it would go to someone else as I do not have a will.

In answer to your question, I think that it all depends on what age you are and how much you are influenced by social media.

Just make a will. It's fairly cheap. That will ensure your money will go where you want it to. If you want it written for free, contract a charity and leave a donation in return. I think mist of the larger charities offer this service. You just need to be careful on the T & Cs.

So you are worried she won't get anything and yet you won't make a will. That doesn't make sense. If she isn't fussed does that mean she has somewhere to go if the worst happens, she is willing to give up everything she now has?

I made my first will in 1986 when I was in my early 30s. Registering deaths all day made me realise how precarious life is.

My current will cost £39 and is lodged with a willmaker who charges £26 per year to have it stored in a fireproof facility and I can make changes any time without further cost. Do a joint will...just do it.

Lynibis Thinking about it and considerating my health at the moment, I should really make a will. I don't want my belongings going to anyone else besides my partner.

TheChimp don't just think about it, do it. If you have difficulty getting it done at the moment because of covid get a will pack from WHS. It is not waterproof or as tight as it might be but at least it would make your wishes known. Make sure every one knows you have done it and your wishes then hopefully no one will be brave enough to contest it. Remember, witnesses cannot benefit from a will.

Failing that, get married!

I agree with Lynibis - Don't put it off any longer. You'll leave a big mess for your loved ones if you die without one.

The cost of a will pack? £22.99 at WHSmith. If your affairs aren't complicated, it'll be fine for your needs. 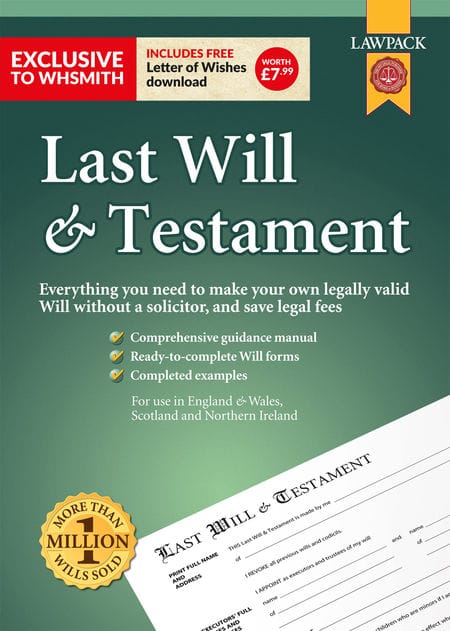 and updating your will useful: 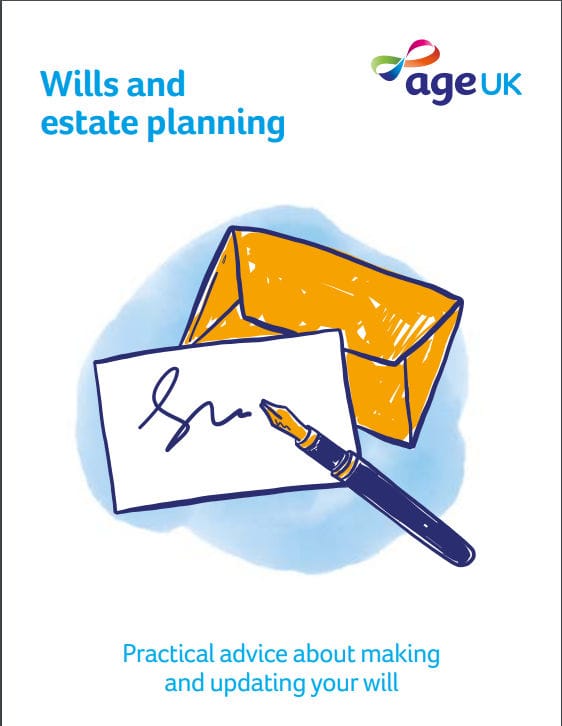 Get on with it and make one.

I’ve found that marriage serves more as a way for other people (including the government and legal system) to take your relationship seriously, but otherwise it doesn’t do a lot... I do think technology has changed relationships and so has society changing - divorce becoming more socially acceptable and the attitude of “I can just find someone else” which wasn’t typically the attitude of people 60 years ago..

SarahBenne67061 I agree with what you're saying about the legal system.

If I died tomorrow, I don't know whether my house would go to my OH or someone else.

I don't want it to go to someone else

TheChimp do you not want to do a will to ensure it goes to your partner?

G0501 It's just getting around to doing it and also the cost.

TheChimp it would go to probate which is a long drawn out affair that would cause distress and frustration to your partner and relatives. Your home, presuming you own not rent, would probably end up going to your closest relative whether that be child, sibling or even any living parents.

If I am good enough to live with, keep a decent home (still mostly a woman's responsibility), oblige with conjugals and bear his children then I am certainly good enough to marry and make a commitment to! Not just a girlfriend no different to any other dating couple. We have let the men have it all without any vows and call it equality....yeh right!

I think if you want to be unfaithful then you will find a way no matter what, social media has maybe just made it easier to do so.

Society has changed since our grandparents day, divorce is acceptable now and people tend to think, I will just find someone else rather than working on a relationship.

They never understood each other for 60 years! Surely they would have made the effort to learn each other's language, even if not fluently.

A whole myriad of reasons mean marriage has changed social media being just one as it is access to secret communication which often leads to extra marital affairs.

Back in the day not many women worked to the same extent, especially amongst men, so opportunities for illicit romance were far less. People had more morals than today (practically non existent now) and if you had an affair or left your spouse you were the scum of the earth, today you are likely to get a pat on the back!

Marriage mustn't mean that much to me I'm not after 20 years and 3 kids. The entire thing of having to invite people you don't know/ haven't seen for 10 years + everyone butting in and adding religion doesn't appeal

2 points. You can have a non religious civil ceremony and you don't need to invite anyone except two witnesses.

I think that many people used to put up with an unhappy marriage historically. That could be for many reasons - the social stigma attached to divorcing, women being financially dependent on their partners and religious belief. More women are now financially independent, or at least have options if they need to leave. The Catholic Church also changed it’s stance, allowing divorce.

I also think many young couples now put them selves under tremendous financial strain when getting married and setting up home, with huge weddings and taking loans to pay for new furniture etc. This can cause huge pressure and lead to arguments.

I agree. I used to abhor the amount of divorces compared to the world in which I was born. But then I began to realise what a wretched life some women (and men) used to live. Being knocked around from Monday to Sunday, loads of kids, no independence, and if you were lucky enough to avoid all that it was still very much be a good little wifey.

i don't think its social media alone. i think people just don't value marriage like they used to. divorce didnt really exist in my nans day and age you stuck it out and worked at it.

nowadays people give up too easy and i think as well changes to women becoming more independent etc, think its a combination of factors and times changing