New "The Terminator" (2019) Movie Getting an All-Female Cast

It didn't go too well for Ghostbusters nor Ocean's 8 to be remade as all-female movies, plus seeing the promotional image published it looks like it's gonna be downright awful. 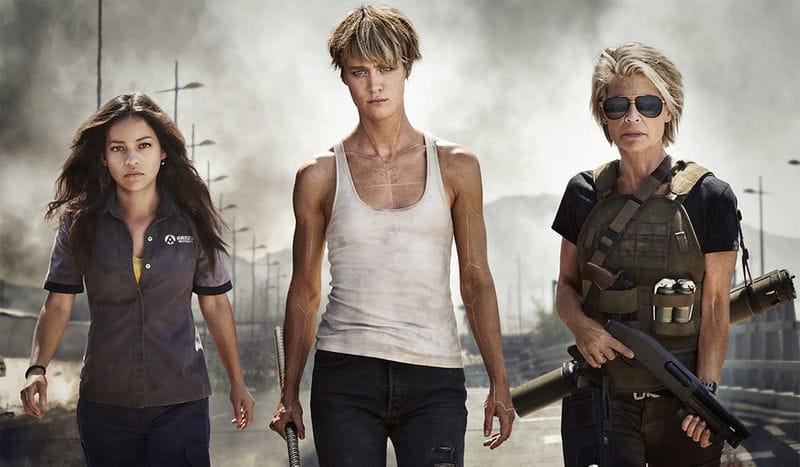 Only the first two Terminator movies were amazing, the rest were.. watchable.

Hollywood is being really lazy these days to come up with something fresh. They're just usinh classic flicks with male casts and remake with female actresses.

When these female films are heavily criticized and aren't profitable the usual complains are: Sexism, misogyny, white males shouldn't be able to make reviews, etc.

PhilipMarc
2 years ago
What do you think of this?

I don’t think I’ll bother watching it when it comes out. It’s good to see that Linda Hamilton is in it, but the originals were the best (I preferred the second one more as the immature John Connor was something I could relate to back in the day - I guess getting someone like Edward Furlong that hasn’t had a long history of stage school abilities really captured the spirit of the film)

Agreed. T2 was definitely much better than the original T1 and a timeless classic to watch.

I'd love to watch it in the theaters in 3D but it's quite limited to certain locations.

Linda Hamilton was absolutely amazing as Sarah Connor but this reboot/remake looks just as bad as the other all-female cast movies prior to this (GB2016/Ocean's 8).

No Arnold Schwarzenegger, not even gonna bother to watch.

Rockman yes it doesn’t sound like it’s worth watching. I didn’t enjoy ghostbusters, and tbh I hated all the Oceans, so I wasn’t ever going to watch the recent one

Having a largely leading female cast isn't really the issue. It's the poor quality of the writing and working within the constraints placed by Studios. Currently there isn't very much originality in Hollywood, too many sequels, remakes, reboots, reimaginings, etc. If you watch a lot of films the same tired cliches are glaring and storylines become very predictable.

It is part of the problem that they're replacing iconic male characters with female actresses and then expect everything will work out fine. Ghostbusters 2016 was terrible due to the female cast and that Paul Feig directed it.

Paul Feig is credited for a bunch of Arrested Development episodes (one of the best comedic shows ever made) but he had help back then.

Hollywood won't stop remaking male movies with females nor will the backlash end, either.

They should come up with original stories but that takes effort.

They really out of ideas, just making more and more old movies new. It is not just Hollywood, but same situation when someone grabbed Mary Poppins and tried to create a second movie from it....uggh...honestly....nothing is original anymore. I am wondering what is Tarantino working on right now.

At least Marvel and DC has so many superheros, that it will take them ages to bring all of them into the screens.

Sick to death of the feminist movement. Men are stronger, less emotional and more brutal in war and similar situations. A film should be recognising this and showing each genders strengths and weaknesses in equal measure. Yes of course, women can be hard and strong, as can men be emotional and weak but as a woman I prefer to see men in the typical hard man roles like James Bond, Ethan Hunt, Jack Reacher etc.

Good point you made. There are gender-based careers/roles, so for some what you said might be considered 'sexist'. However, you think those people consider males who apply for childcare jobs and then get rejected because of sexism? Probably not, they hold different standards towards men (they criticize men so much it makes males look like monsters) and women (praise to no end).

Speaking of which, it's kind of rare to find men hired as nannies because that's a job usually for women only, or mostly women. Manual labor? Men or mostly men.