What's your favourite film? Are the big blockbusters now out of favour as a quirky film won best picture

Bossclaz
10 days ago
What do you think of this?

I would say Once upon a time in Hollywood is overated. It's very long and not much happens. Leo Di is good in the scenes when he gets fired up there isn't much of that, so he's a bit wasted in it. Brad Pitt didn't really have to do much, so not sure why he's nominated. The two popes is good and I haven't seen Joker, so I can't say if I think Joaquin phoenix should get the award of not. Jonathan pryce's nominated is deserved. As for Marriage story, that's what I call a made for tv movie. I think it wanted to be an Ingmar Bergman type protrayal of a marriage, but nope. I don't know what the fuss is about that film and the acting in it especially Laura Dern, who has been winning awards left, right and center. There's a good chance she'll win best supporting actress, why I don't know.

Actually have these just taken place? I'm been busy all day but wasn't the oscars on sunday? let me go check. Oh it was. Joaquin Phoenix did win and yes they gave brad pitt the award for being brad pitt and having be in so many films and not having one. oh and laura dern did win. Well 2 out 3 of those weren't right in my opinion. Can't comment on Joaquin yet..

Watch Joker. It's based on a fictional comic book character, but the film itself is pretty realistic. That's probably why I liked it so much, and Joaquin knew how the Joker is supposed to be played.

Rockman I'm waiting for it to come on either Sky or Netflix then I'll be watching it. I didn't see it at the cinema due to the high ticket prices and the independent cinemas only showed it last week and I was busy, so couldn't make it. I'm interested to see if he really is as good as everyone says he is.

Once upon a time is tedious and boring I didn't make it to the end, and joker is j u st creepy neither need or deserves an award

I read Joaquin Phoenix won and that's great, but I stopped caring about the Oscars/BAFTA years ago.

I was surprised that 1917 didn't do better as I felt it was a great film. I wouldn't bother watching Parasite and hate everything that Quentin Tarantino does. Not very experimental in my viewing I'm afraid.

I don't watch a lot of modern films, I'm really a scifi fan and nowadays comic book hero films seems to have replaced much of the scifi output. I tend to rewatch older films. As you get older you start seeing repeating patterns in the script of films realising they are borrowing from older films or just remaking the same film which gets boring. The original Bladerunner was one of my favourite experiences at the cinema, seemed breathtaking at the time and rich in atmosphere and prefer it over the new version. 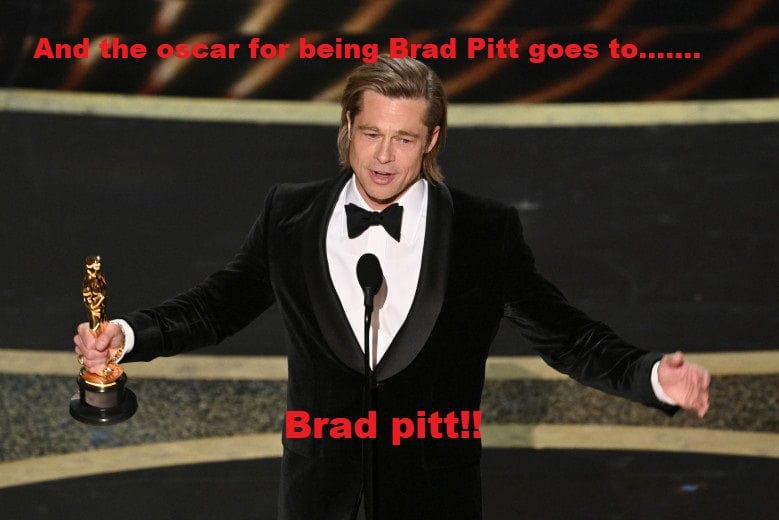 I thought the The Lighthouse deserved more than one nomination. Willem Dafoe really should have been nominated for the best actor category.