How to Promote Kids to Different Languages?

I want my child to speak other languages then English.

Any tips and ideas how may I work with him?

AmazingPerson
19 days ago
What do you think of this?

The best time to learn a language is when we were kids. I remember this is how I learned Castillan, just by watching it on TV.

The languages I'd suggest learning:

Some know 3-5 languages, a few know 1-2 and most only know the main language they were taught. Folks that immigrate to a new country have the responsibility to learn that country's language.

I've been to Cyprus and it's a lovely micro country, but the language they speak (Cypriot Greek) is pretty hard to learn and it's even different from Greek. Think this way, it's like Portuguese and Brazilian Portuguese, or Castillan and Latin Spanish. There are similarities, but they're not the same.

My daughter is multilingual...she is Scottish but fluent in Spanish...as she went to school in Spain for years...her husband is from Pakistan...so naturally he picks up like a little sponge so easily the different words for objects...numbers etc...he is 3yrs...the very best age...as he ENJOYS learning.

There are loads and loads of videos on learning other languages for adults that are great for children as well.(head...shoulder...knees and toes etc...fun ways.) .you can both learn together...best of luck.

There are loads of youtibe videos for kids learning different languages. My 2 year old keeps watching dutch things, i dont know why

she will start learning welsh when she goes to school although i have done a few welsh words and numbers with her already. 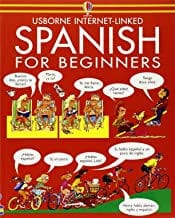 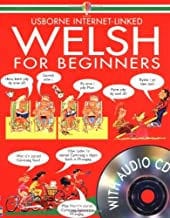 If you employ babysitters you can employ one whose mother tongue is the language you want your child to learn and she can teach him/her. When I first came to England I was babysitting 2 small english boys, the parents chose me as they wanted the kids to learn a bit of french.

My child is bilingual as my husband is Macedonian and only speaks to him in Macedonian at home and I speak in English. My son also enjoys watching cartoons in other languages ! It’s the best time for them to learn and sponge it up when the are 3+

Get them interested as young as possible. Tbh it doesnt take much encouragement, as it’s easy to find online material for free. There’s a lot of kids shows in different languages bouncing around on YouTube

If you start them at a young age they will pick up bits of languages. We go on holiday a lot to turkey last night I took my son to the barbers and the guy was Turkish and my 6 year old started saying all the words he knows and he can count to 50 in Turkish I’m surprised he remembers it all from a few holidays

I want my kids to learn Chinese but they have 0 interest. They only speak English or a bit of other European languages.