Someone's a Pretty Big Fan of Australia, to the Extent of Insulting a Continent.

Saw this by chance on eBay (I don't even search for this type of stuff, but I digress). 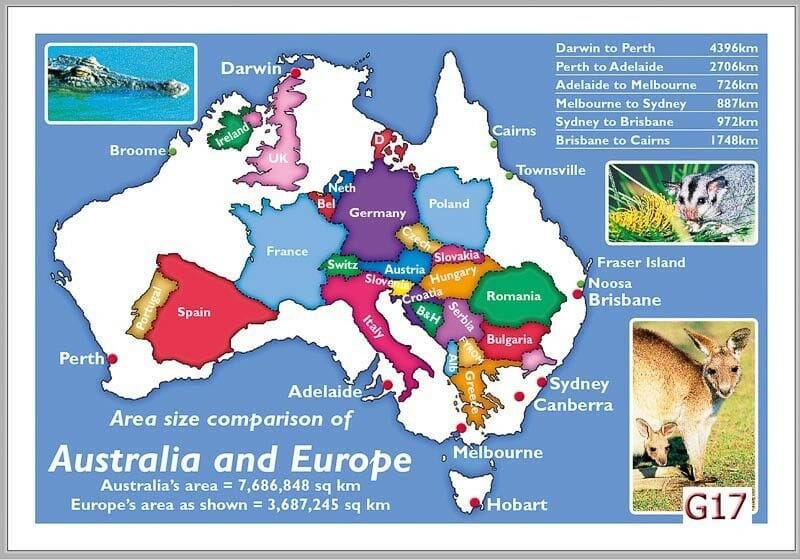 Without going into too much detail, it's missing Russia which is an European country too (albeit another part of Russia is in the Asian territory but Russians are European anyway, Slavic specifically) and Australia originally wasn't a country with a European population, that happened due to the colonization by the British.

So chances are, if it wasn't for the British, they wouldn't speak English there, but rather their native language and the European population wouldn't be as grand as it is there. Now, I'm not saying I'm in favor or against it, it's part of history as it is.

Moreover, I didn't report that eBay item for making a mockery of Europe, but it's sad and especially whomever thought it was a good idea to make it.

PhilipMarc
1 year ago
What do you think of this?

Missing Sweden, Norway and Finland too

How exactly is it insulting though? I'm not insulted. It's just showing a size comparison.

Most of Australia is wasteland anyway - none of the middle is off any use at all.

I agree, how anyone can find this insulting is baffling to me.

It's simply a size comparison map.

I guess some people go out of their way to find offence in anything.

Also missing Greenland (which is part of Denmark) that is about a quarter of the size of Australia as well as several islands.

Not sure they have as many Hungarians there.