Does anyone use their tablet as a laptop replacement? I have a feeling that new M1 iPad's Pro will aim to target laptop users and position themselves as a laptop replacement soon. Do you think other producers will try to capitalise on that trend? I wouldn't be surprised and I think I am almost ready to replace my laptop with a tablet like iPad Pro with M1 chip or top-end Samsung tablet with DeX.

Bionic
a week ago
What do you think of this?

It depends what you'll use it for. Most people these days will be perfectly fine with an Android/iOS tablet, but those who want a more complete package will still go for Windows/Linux/Mac.

The "laptops" that come with Windows 10 and only 32GB are a joke because the updates and Windows Store apps will reduce it nearly to 1GB. Solution? Install Windows 10 LTSC (what I've done). LTSC is now my favorite version of Windows 10. 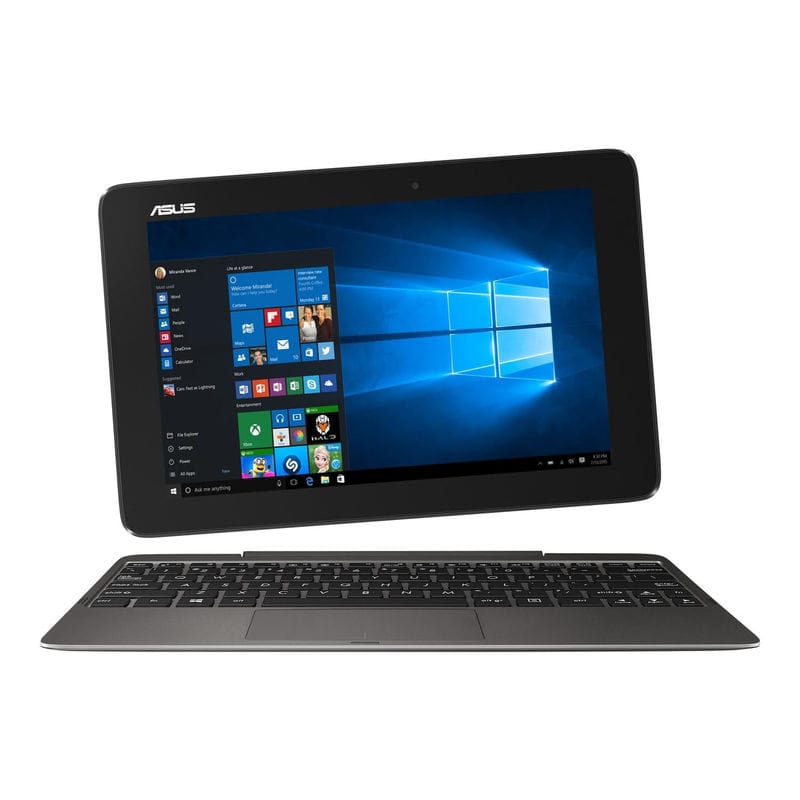 Very tiny keyboard, but doable. Storage issue aside, it's fine for basic use (documents, internet, and such) haven't noticed any lagging.

I use my tablet more than I use my laptop now, but the screen size on my tablet isn’t big enough for some things for me personally. I suspect if I had a larger tablet I’d be more inclined to use it for everything though.

Agree entirely with PhilipMarc although tablets aren't ideal for multitasking across many windows or when you need space on the screen.

Windows 10 all in all great, but it's even better without Edge, Windows Store and Cortana. They force users to have crapware installed against our own will.

Someone ought to sue Microsoft just so they'd make it optional, entirely.

PhilipMarc A few days ago I removed Chromium Edge because I wasn't using it that I had noticed in my software then over night I had an update and there it was again to remove.

I have to say I like tablets and computers, as much as I hate windows 10 it has lots of great software but I also enjoy a lot of android software too so personally I like both.

I guess a laptop with a touch screen that ran both android and windows would be a single solution for me.

When it's pre-installed, it's natural it auto-installs itself as that's what the OS is told to do.

The constant updates, Cortana, Windows Store and Edge are not only a chore, but they take up space that could be used for something useful.

Windows 10 LTSC feels like the XP/7 successor I've been after for years. No bs, just a clean, stable OS. 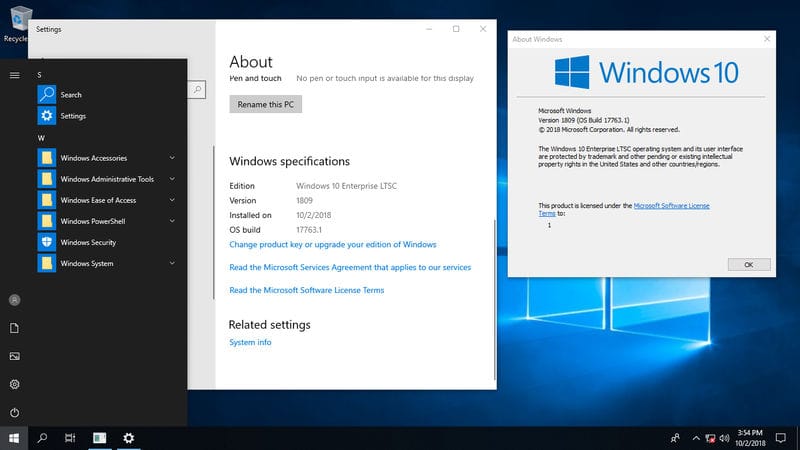 PhilipMarc That does look interesting and something I would want to install. What are the licensing requirements, is it free or can you use a pre-existing normal windows 10 license. I have a Atom based PC tablet, a Viglen which this might be ideal for. I lost interest trying to run a normal Windows 10 on it as it only has 32GB and is fairly weak hardware nowadays.

Can you add Direct X etc to get Steam and Epic games on there.

I use virtualbox to run linux and wouldn't mind trying a install of this on virtualbox just to see how it runs before I do a full installation.

The main PC's I'm currently running are a Ryzen 3500U laptop and an old Athlon 5350 mini PC which could probably really benefit from that Windows version.

You'd need a specific key for it, but W10 unactivated works almost identically to an activated copy.

The difference of an inactivated is customization. However, there's a third party program that allows to customize inactivated copies. Heh.

I took my note pad instead of my tablets this morning

Im not sure if i would use it as a replacement.. I do use my tabley quite a lot but working on a laptop is just more comfortable!

Personally, I am more than happy with using a laptop as well as a desktop PC, and using a mouse as opposed to a touchscreen.

You can't beat the look and feel of using a computer.

It depends what you need it for. The speed of flicking through things and portability of a tablet makes it convenient for things like checking emails and reviewing and signing documents. But if you need to do any in depth typing, then no, it’ll never replace my need for a laptop or desktop

You can get nice bluetooth or usb keyboards to use with tablets though. Often you can get a case where the tablet and keyboard are presented to you just like a laptop and the case has a design that allows the screen to be left at a decent viewing angle as you type. You could also add a mouse if you wanted or just use the touch screen in combination with the keyboard. I have fast typing skills and I do like to use a decent keyboard if possible. Love the sound of a nice Cherry keyboard with mechanical switches.

BonzoBanana yeh but there’s no point adding these extras - may as well just get a laptop if I need a keyboard and mouse with my tablet. I had a hybrid chrome book previously but tbh I still prefer a bigger screen for work

hspexy Depending on how it is done it can be quite good and you have the ability to remove the bits and go back to using it as a tablet. To be honest I can see this being more common in the future but I see it more as something Mac users will migrate to more than PC users. 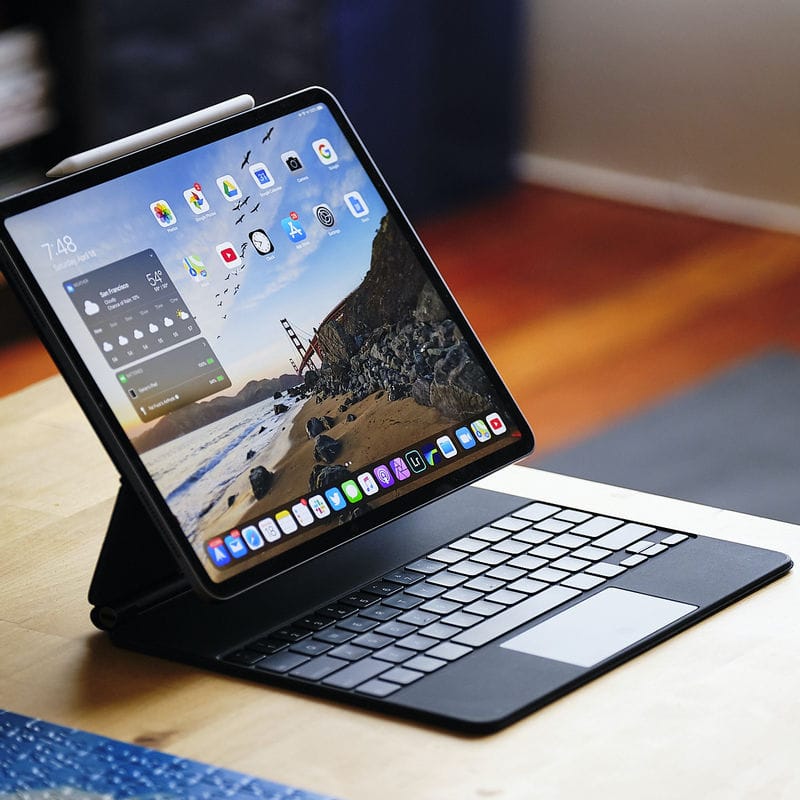 BonzoBanana yes, that was what my chromebook was like, but it was from almost a decade ago, so quite heavy. The new ones are definitely more usable. But yes, although I love my Apple devices, there are quite a lot of things I find gets done more efficiently on a PC

I haven't got a tablet, other than paracetamol (ha ha) but I use my laptop all the time. It did take me a long time to get the laptop over a conventional PC so I suppose in time I might get one, but I hate change and technology.

With the ever increasing popularity of tablets and smartphones, I am a little surprised that laptops can still be rather expensive.

Laptop for me all day long

These days I'm more of an Android guy, but giving up on Windows 10 entirely? Nope.

I will be getting an iPhone 5C as a secondary phone and to see if I get used to it despite being so simplistic and restrictive.

My Android devices have very little Google apps and the likes to avoid them tracking. Although, I do have Tinder installed which requires tracking. Probably gonna delete my account and uninstall, not getting anything worthwhile.

I think that would be very hard to swallow

For people who have gotten used to Android or iPad as their devices for daily use, they'll be fine with it. The main issue with those two are that apps tend to be filled with ads unnecessarily (ads can be rid of with a VPN or Adblocker, though).

The Home/Pro versions on Windows 10 tablets that only have 32GB/64GB can't really handle all the bloatware Windows 10 standard versions have (Cortana, Edge, constant Windows Updates and the Windows Store) so the 10X would've been ideal, possibly.

I, from now on install Windows 10 LTSC on the machines I use. It doesn't get new features (that's actually good, since most of the time it's irrelevant — e.g. new icons), but receives all the necessary updates.