Are You Thinking of Buying a PS4 (Slim/Pro) or an Xbox One (Slim/X)?

The current gen gaming consoles are 6 years old now and by 2020 chances are highly likely SONY and Microsoft will release their next gen consoles, as history would indicate.

That said, if you're going to spend £300-400 on a PlayStation/Xbox then you may as well wait a little longer as they're nearing the end of their life cycle (I mean, they'll be supported for another 4-5yrs before they completely die from online support and new games). 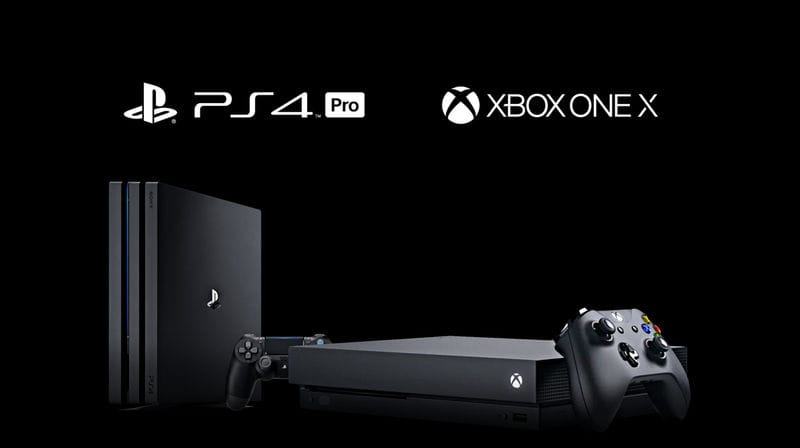 And what about the Switch? That's entirely different, in its own league, I'd say.

Buy the new Switch with the improved battery rather than the "Lite" one (that's more for kids and you can't connect it to the TV and thus some aren't gonna work).

PhilipMarc
12 months ago
What do you think of this?

I've got the standard PS4 and Xbox One, the game direction of the industry as gone more multiplayer relying on online services but to be honest I like the scripted single player experiences that you work through like the earlier Fallout games not 76 so my interest in gaming has declined as the type of games l like has dried up. Got bored of Fallout 76 very quickly. So I'm basically working towards getting rid of my Xbox One and may not update my Playstation for many years. I'm going to focus more on PC gaming where there are great mods for existing single player games. I keep hearing how retro gaming is becoming bigger and bigger as more people like the simplicity of the game experience of older games over modern games. Maybe in 3 years time I can see myself with no current gen consoles, just a decent pc.

I often buy s/hand games play the game and sell on the game for close to what I paid. Newer consoles may not have a optical drive to play retail games, rely on online being available and you may need to pay for online content and micro-transactions to get the best out of the games. I guess the point is PC gaming is starting to look much better value overall even if the hardware itself is more expensive at the start. Sometimes you look at a game on PC like Skyrim and the graphic enhancements and gameplay are much improved thanks to mods and makes the ps4 and xbox versions look terrible even with the light modding they allow nowadays. Through emulation you can also play older consoles very well. Zelda Breath of the Wild looks much better on PC than on wii u or Switch

PC gaming makes much more sense these days. Digital game purchases on consoles are DRM'd so the customers are actually buying a rental copy rather than a game to keep, maybe they don't care since it's available for about 10 years but that's it.

I didn't buy too many digital games on the 360 but yet I was disappointed I couldn't play because the license wasn't the same and thus, it was as if I never bought it. Especially The Simpsons Arcade which is so nostalgic to me.

If I want to play The Simpsons Arcade I really don't have a legal way to buy it anymore so gamers are stuck with not playing or pirating it.

Rockman The other day I tried to download something I bought on the google playstore many years ago it didn't say it was incompatible it said not available to download. It was only pence I'm sure but suddenly they just take it away. It was not sold to me as a long term rental. Maybe the developer has stopped developing it and left the googleplay store.

My point is I'm building up a strong dislike of digital purchases and actively avoid them. So far I've had no problems with Steam but perhaps that will change.

BonzoBanana with Android you can sideload apk files so the app/game will always be available. Unless it's online-only but there's a chance to make it work offline.

But yeah, it sucks you've bought it and then it's removed. Makes it pointless then.