Do You Enjoy TV Shows?

Do you enjoy watching TV ?

Is there anything good you are watching at the moment ?

Nutrichichi
19 days ago
What do you think of this?

Harrow with Ioan Gruffud on Amazon, Spenser Confidential with Mark Wahlberg on Netflix and The Stranger on Netflix. What are your preferences?

The stranger looks so good x

I really enjoyed Spencer and the Stranger, I'm going to check out Harrow now, lol.

War of the world's on fox x

My fave is greys anatomy, I’m currently patiently waiting for the next season to stream on amazon prime. I also really enjoyed the good doctor

i wont give any spoilers

. Station 19 is great aswell as it links in with greys too.

KirsteyJames ooh I will have to watch that then! Thank you very much

Mummy18 its based on the fire station and like ambulance side of greys, baileys husband warren is a firefighter in it. Some of then link episodes aswell so if you have watched a greys and wondeted what happened to someone it shows in station 19.

KirsteyJames I can’t believe I never knew about this! Thank you so much for sharing. I’m going to start watching it tonight

What are you watching OP? Any suggestions for us all?

I watch the odd documentary as well as the odd movie, but overall I hardly ever watch TV nowadays.

I just think that there's not as much good stuff on anymore like there used to be. Far too many reality shows and soaps which have become depressing and predictable.

Yeah best show on the teev is ABANDONED ENGINEERING its pure magic!

And kinda relates to my career change 4 years ago!

I knew you were smart i can always tell the clever folk from the pea brains!

RegularComper90 I'm the same perhaps four or five hours TV a week, most days my TV is not even switched on. I prefer radio and YouTube - some great documentaries on YT.

garygemmell - I have actually never heard of that show. I shall have to research it and perhaps even watch it. And I shall never stop learning. It is a fun thing to do providing it's on a topic which I care about. But fortunately, I am interested in learning many things.

davidstockport I usually watch no more than a couple of hours of TV a week. Maybe even 1 hour. YouTube is brilliant and you can watch so many great TV shows which are no longer aired nowadays. And yes, I have watched quite a few documentaries on there too.

Its on YESTERDAY its the best series I have seen in years totally addictive and you will learn an awful lot from art and culture to the mysteries of the past - its pure dead magic as we say in Glasgow!

Since I started watching the show I have visited quite a few of the abandoned places.

Its also got a bonus for the ladies my girlfriend has a MASSSSIVEEEE crush on the presenter ROB BELL.

He is one of my fave presenters too (not in a gay way of course) and has the same career as I do now!

Wieliscka salt caves were pretty amazing and the Nazi train station in the Alps was amazing as were a load of other locations we visited - We dont do beach holidays we do ABANDONED ENGINEERING HOLIDAYS now!

We even find our own - found this one in Slovakia an abandoned ski lift just like WHERE EAGLES DARE! 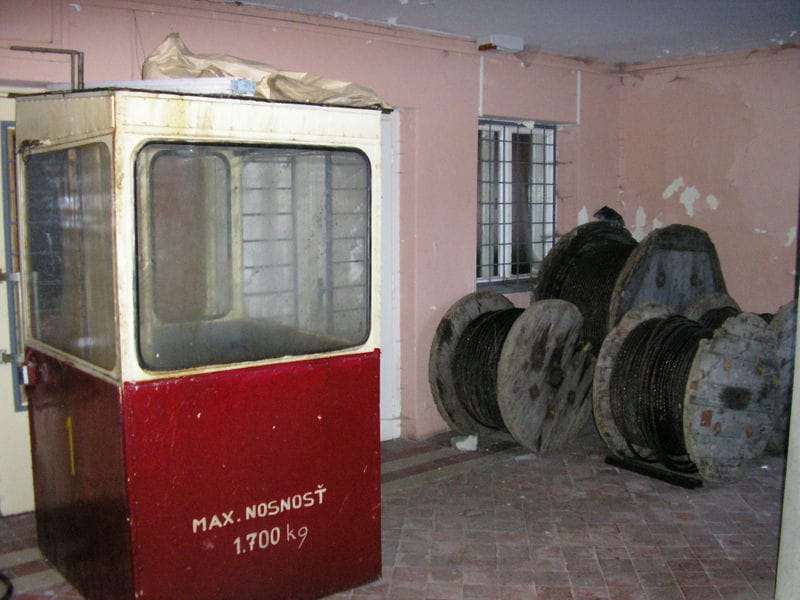 garygemmell Sure sounds/looks interesting. Thanks for the link!

RegularComper90 Have to agree i watch lots of stuff mainly learning and electronics on youtube Bigclive and Mark Felton are magic!

garygemmell You are never too old to learn. So you keep on increasing that knowledge database of yours.

RegularComper90 Yeah thats how my mum and dad brought us up - shame the kids now are just given a ps4 or xbox or social media - very sad no wonder the IQ of your average brit is slightly less than a potato these days!

garygemmell It all comes down to a lack of discipline and overall lazy parenting.

And thanks for the link!

Quite enjoying Picard on Amazon atm.

Yeah, but most shows I used to watch have ended or are pending for a new season. I tried soap operas though they just make me cringe.

PhilipMarc OMG I had totally forgotten about Trailer Park Boys

Yes absolutely!! Got an endless Netflix list of TV shows to watch, currently nearly at the end of The Big Bang Theory

The Outsider is not bad!

Best show on the teev is EVIL - combo of X-Files, CSI and The Exorcist - rather original for once!