The 'What Are You Reading' Thread

For the bibliophiles, how about a thread where we share what we are all reading. That's different, right? I found Erich Von Daniken's The Gold of The Gods in my fave 2nd hand book store. If you've ever watched Ancient Aliens, he one of the guys on there. I don't agree with a lot of the things he says it in, namely that everything, including humans, are alien engineered. It did, however, remind me of Father Crispi and the missing gold artifacts of the Pervuvian Indians and I find these discoveries and the possible interpretations interesting despite Von Daniken's constant 'it's aliens! It's aliens'.

ShellyAnn
2 months ago
What do you think of this?

A moving true story of a young girls journey from Auschwitz to a Siberian Gulag, It's the follow up from The Tattooist of Auschwitz.

Iv not long finished reading Dean Koontz The Servants of Twilight. I read it years ago but decided to re read as I found it while having a clear out. I enjoyed it! I'm now about to start a new book complete opposite of Koontz by Daniela Sacradoti,The Italian Villa.

My OH has read much of Erich Von Danikens work Shelly. He has a keen interest in extraterrestrial life & UFOs, So I'm aware of him, However it's not my cup of tea.

Chariots of the Gods interesting read and Koontz rather good too - Stephen K fan too?

garygemmell I went through a phase some time ago & I read alot of Koontz, Never read a Stephen King tho. Do you reccomend a particular Stephen K?

Glitterandgold Stephen K. I had a spell of reading him about 15 years ago. I really liked IT, Christine and the stand.

garygemmell I think Erich von Daniken books are good for helping a person think outside the box about what cave paintings or symbols etc could mean, but I think he misses the mark, some times on purpose, by saying 'Aliens' to everything. Yes, there are all kinds of things on earth which do not match time lines and are beyond the capabilities of the people accredited to having made it, etc, but I don't think aliens for most of it. Earth re sets. I think people on earth have died off several times now, think great flood, and have to start over again. Previous people who lived here had access to information and knowledge that we either don't have or is being hidden from us. Mostly to do with energy and how to harness it from the sun.

ShellyAnn Iv been tempted to read IT but heard the ending is a bit icky. Thanks for the recommendations I will check the others out.

Glitterandgold Skeleton Key its where I first read The Mist great story and the one about the drug dealer who is stranded on a desert island with no food but a large bag of cocaine so he gradually starts snort the columbian nose powder to ease the pain as he tries to eat himself to survive - amazing compendium of the best SK stories really freaked me out a few of them!

garygemmell ah now iv listened to a audio drama version of The Mist & really enjoyed that, I'd forgotten about that. Will have to check the other book out. Thanks!

But you have to read SURVIVOR TYPE it stuck in my mind for decades it still gives me the shivers!

"Survivor Type" is written as the diary of a disgraced surgeon, Richard Pine (real name: Richard Pinzetti), who, while attempting to smuggle a large amount of heroin aboard a cruise ship, is abruptly interrupted when an explosion occurs deep within the ship and it rapidly sinks. After barely escaping the sinking vessel, while encountering a storm in his empty lifeboat, Pine finds himself marooned on a tiny island in the Pacific with very limited supplies and no food. A self-proclaimed "survivor" type, Pine bitterly whittles away the time by using a logbook and pencil as his diary, detailing his rise and fall in the medical profession and his determination to survive this ordeal, get even with the people that "screwed him over", and return to prosperity.

Over time, the diary entries documenting Pine's day-to-day activities become more and more disjointed and raving, revealing his slow mental decay and eventual insanity caused by starvation, isolation, and drug use. Determined to hold out for rescue, he goes to horrifying lengths to survive. He eats insects, kelp and seagulls. After breaking his ankle while attempting to signal an airplane, he amputates his own foot, then realizes he has to eat it to survive. He continues to amputate his own limbs to use as a food source, ingesting the heroin as a crude anesthetic during these operations. Although he initially keeps track of the dates (the entries begin January 26), his increasing mental instability causes him to lose perception of the exact number of days passed (finally ending his entries with "Febba" and "Fe/40?"). His last few diary entries, barely comprehensible, indicate that Pine has sliced off and eaten everything below his waist, as well as his ears, and drools uncontrollably as he ponders which body part to consume next. The diary entries end when he cuts off his left hand to eat "lady fingers they taste just like lady fingers").+

Glitterandgold Oh yes, the part when the girl has to sleep with her male friends... that part! I was like ooh no, this isn't right.

. I think I might have a look on good ol ebay for the short story collection.

Currently, what I am reading is this thread.

No mention of Ancient Aliens would be complete without a meme of this guy and his hair from the show. I think his hair is lower now after all the memes. He should keep going with it. Keep making it bigger and bigger. He could say he's hiding an alien in it. 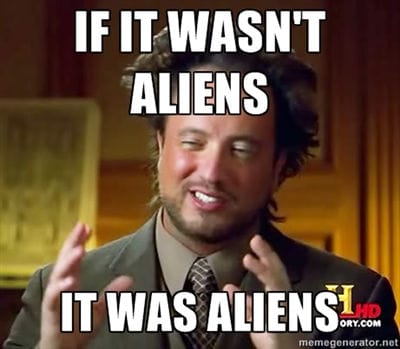 I find it hard to read anything other than historical, fiction or non-fiction. Currently I am re-reading a five book series by David Gilman as the 6th has just come out and I want to refresh my memory before reading it. The series is called Masters of War with each book having it's own title. Although it is a fictional story of a peasant archer who is knighted for bravery on the battlefield of Crecy, it is set against real history and events in the time of Edward III and the Black Prince.

I've never read any historial fiction but I've entered a few comps this week and last week to win.

I've just started reading Ghosts of the Tsunami, by Richard Lloyd Parry. It's about the 2011 Tsunami that hit the north-east of Japan, Killing over 18,500 people.

that book that would make me cry. I was in tears last night watching Bobby Kennedy's documentary series on Netflix when he got shot.

I've just finished Hidden on the Fens by Joy Ellis which was great. At the minute I'm reading Golden in Death by JD Robb

I had to google these as I didn't recognise the authors. I don't tend to read crime thrillers very often. I think the last time was about 4 years ago.

I'm about to start an old book now called The Pattern of The Past by Guy Underwood. Ley lines, stone circles, dolems, that kind of thing. I get all my books second hand and I found this one in my fave 2nd hand book shop. 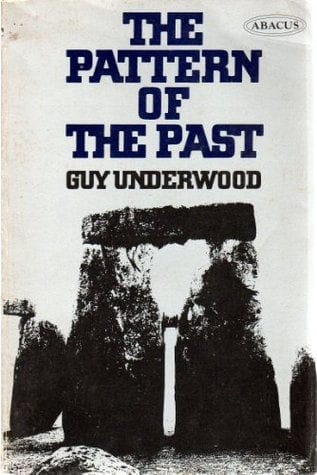 I've just finished Humble Pie by Gordon Ramsay, he had such a tough upbringing.

Turns out The Pattern of the Past is all about water and dowsing and how stone circles etc are build up top of various different types of underground water ways. It very interesting. Water Dowsing is hard to do from the complex instructions about the different types of movements of the sticks and how to read these.

I'm onto The Fall by Steve Taylor now. Interesting idea that roughly 6000 BCE, humans changed from peaceful hug a tree earth loving types to waring narcissistic ego-ridden monsters and what brought that change on and why certains groups such as the Native Americans, for e.g, were not like these 'new' humans and how they were trampled upon and their culture and way of life taken over.